How cave lions lived in Siberia and can they be cloned

The remains of a cave lion named Sparta

About 40 thousand years ago, mammoths and cave lions lived in Siberia. Over time, they died out due to the hunting of ancient people and climatic changes, and their bodies remained immured in perennial ice. For thousands of years they lay in complete peace, but today the permafrost is melting and scientists regularly find perfectly preserved remains of ancient animals. Sometimes such discoveries are made by accident – the Yakut mammoth tusk hunter Pavel Efimov is famous for finding the best preserved body of a cave lion (Panthera spelaea). It has survived to this day so much that scientists have been able to study its coat, mustache and even internal organs. However, despite the abundance of research, scientists can still tell exactly how ancient cats lived and hunted. Why did this happen and is there a way to learn more about them?

In 2017, Boris Berezhnev, a resident of Yakutia, was walking near the Semyuelakh River and found the body of an ancient lion there. He told scientists about his find – Swedish experts found that the cave lion died about 50,000 years ago. Most likely, the lion died as a result of the collapse of the cave, because many injuries were seen on its body. Nevertheless, the animal was perfectly preserved, because for many years it lay in permafrost. The found lion was given the nickname Boris, in honor of the man who found it.

But it was far from the best example of a cave lion. In 2018, mammoth tusk hunter Pavel Efimov found another body of an ancient cat. The second animal lay about 15 meters from the place where Boris was found and interested scientists even more – his body was preserved so well that experts were able to study his teeth, internal organs, hair and even antennae. Calculations showed that this lion died about 28,000 years ago, but the exact cause of his death is unknown. He was given the nickname Sparta.

The remains of a cave lion named Sparta

Cave lions Boris and Sparta were young – their age is estimated at 1-2 months. Before their discovery, scientists knew about ancient felines from fossilized remains and drawings on cave walls. The discovery of bodies, and even so preserved, gives a greater idea of ​​\u200b\u200bthese creatures. In many ways, ancient lions were similar to modern predators. They differed only in large body sizes and a thicker layer of wool. 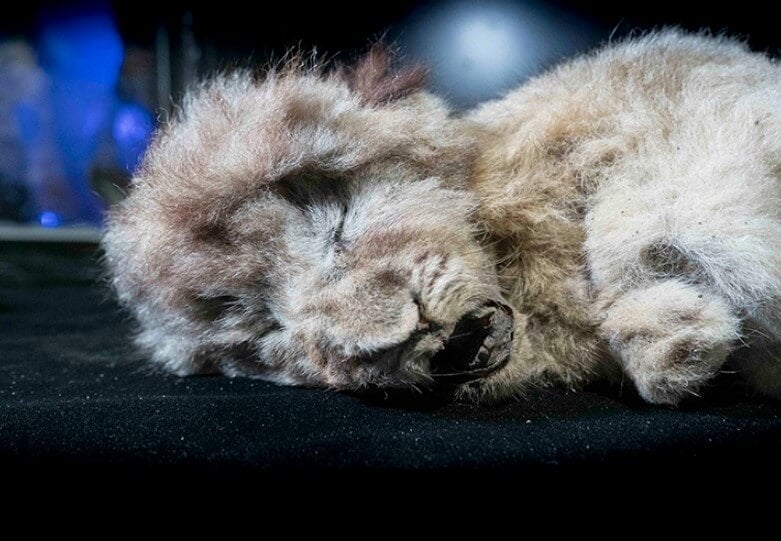 The photo clearly shows that Sparta is perfectly preserved

On top of that, cave lions didn’t have manes. This is evidenced by the drawings of ancient people – not one of them shows a predator with luxurious hair. Since Boris and Sparta were too young, scientists cannot tell exactly how the hair of these creatures developed with age. Most likely, the cubs of the cave lions were first covered with yellowish-brown fur, and then became lighter – the light gray coloring contributed to camouflage against the white snow. Dark coloration, most likely, was only on the back of the ears. 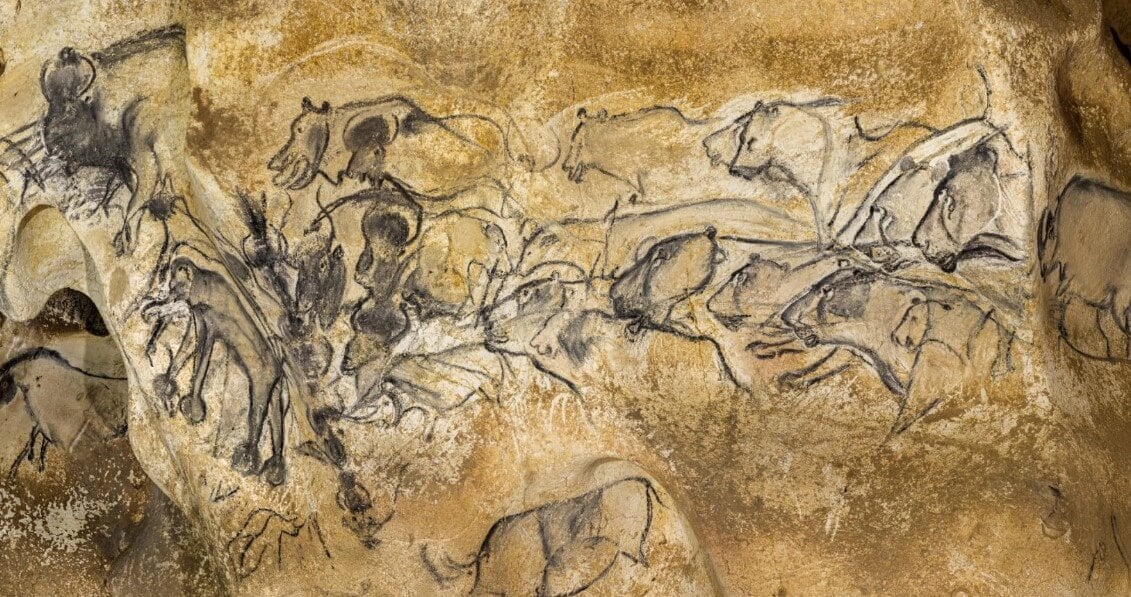 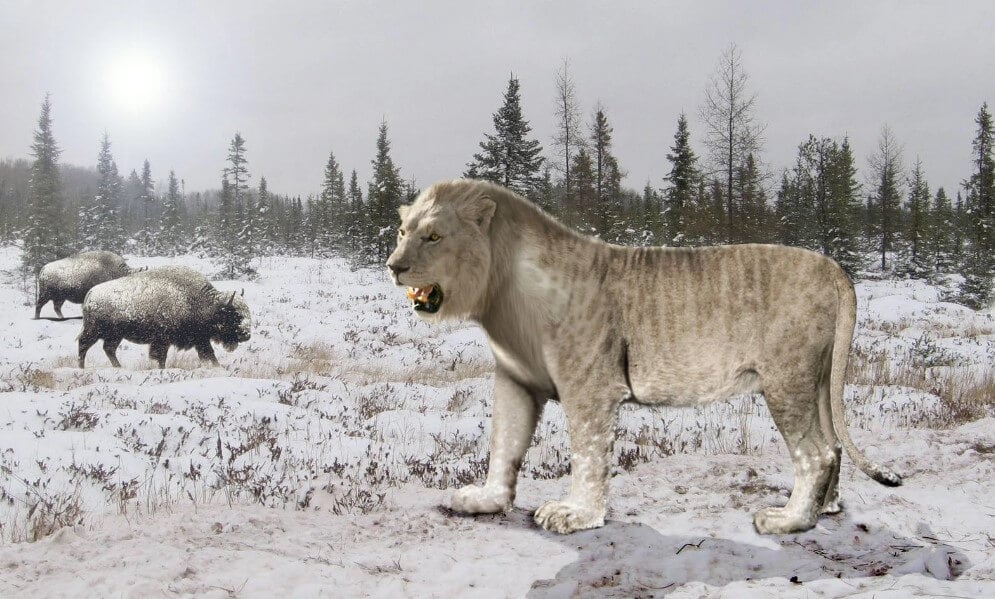 cave lion without a mane in the representation of the artist

How cave lions lived and hunted

If scientists had proof that cave lions had manes, they would be more confident that they lived in packs and had a leader. But there is no evidence of lush vegetation on the heads of ancient lions, so no one knows exactly how they lived and hunted. 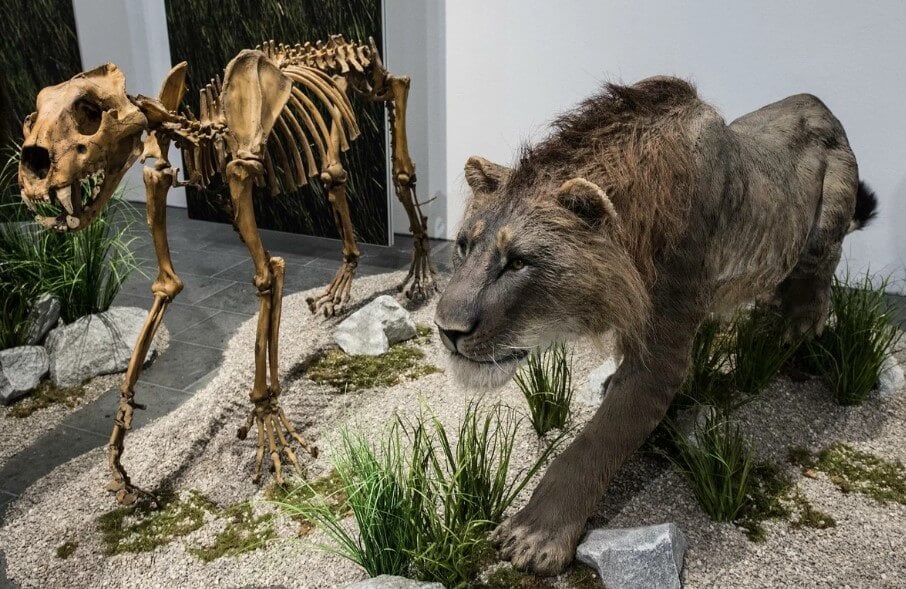 Usually cave lions are depicted as loners, but most likely they lived in packs.

However, several factors hint at the herd lifestyle of cave lions. Firstly, one of the drawings in the French cave of Chauvet depicts a pack of lions that prey on bison. Secondly, thousands of years ago in Siberia lived large animals like mammoths and rhinos, which would be difficult for lions to hunt alone. In addition to all this, life in a pack clearly made it easier to protect the meat from other animals and care for cubs. So, most likely, cave lions also gathered in packs for better survival in harsh conditions. 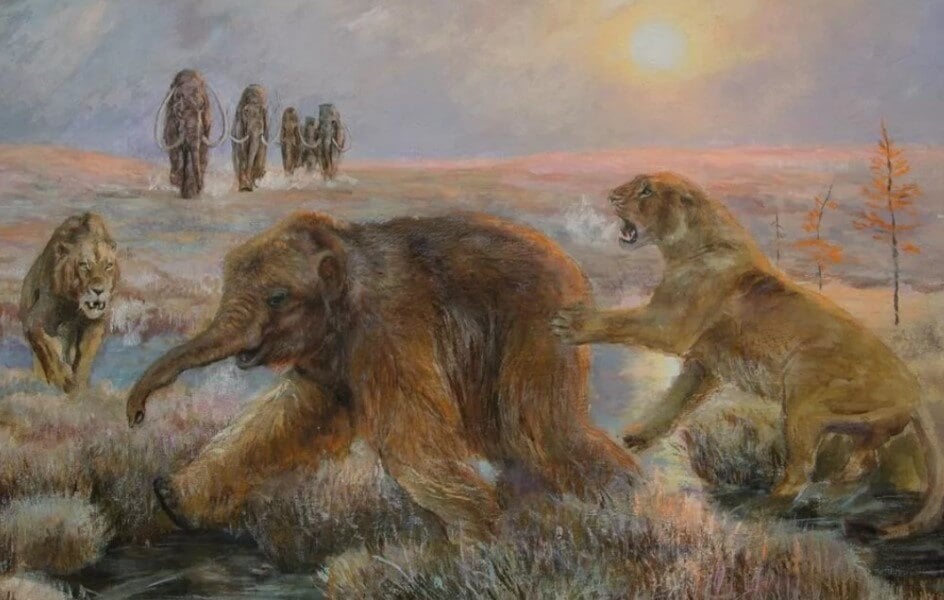 All this sounds quite convincing, but it should be understood that at the moment the life of cave lions is described only on the basis of assumptions. Perhaps someday scientists will be able to find the remains of predators, which will hide even more details about their lifestyle. In addition, the researchers do not exclude that they will be able to create a clone of the cave lion. This is less of a challenge than cloning a mammoth because cave-dwelling lions are a “younger” species than woolly elephants. To facilitate the creation of clones, scientists could supplement them with the genes of modern African lions. 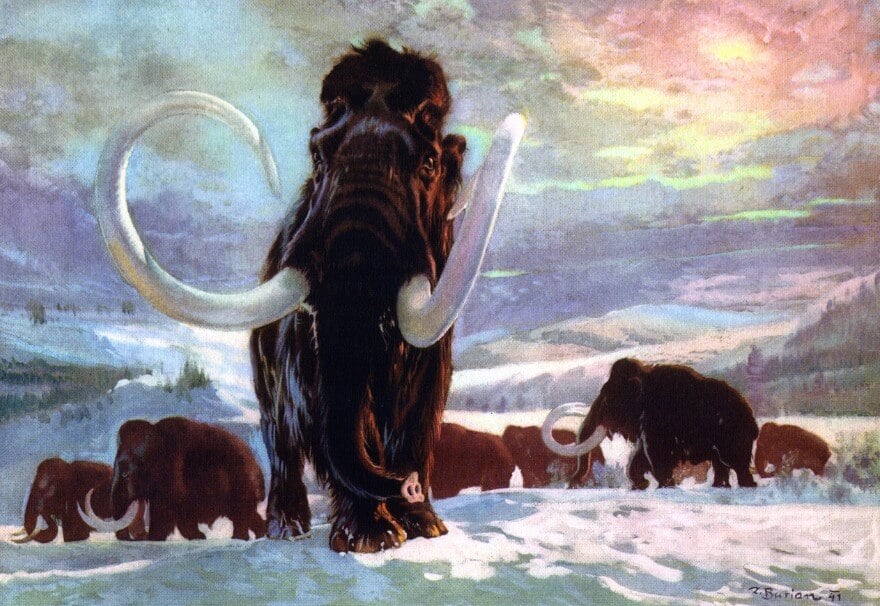 Most likely, in the future, scientists will find the remains of cave lions and other ancient creatures more often. The fact is that due to climate change, the permafrost is gradually melting. This is a dangerous phenomenon, because ancient viruses can get out of the ice, to which people have no immunity. You can read more about this in the article about the revival of the virus found in the ice of Yakutia.