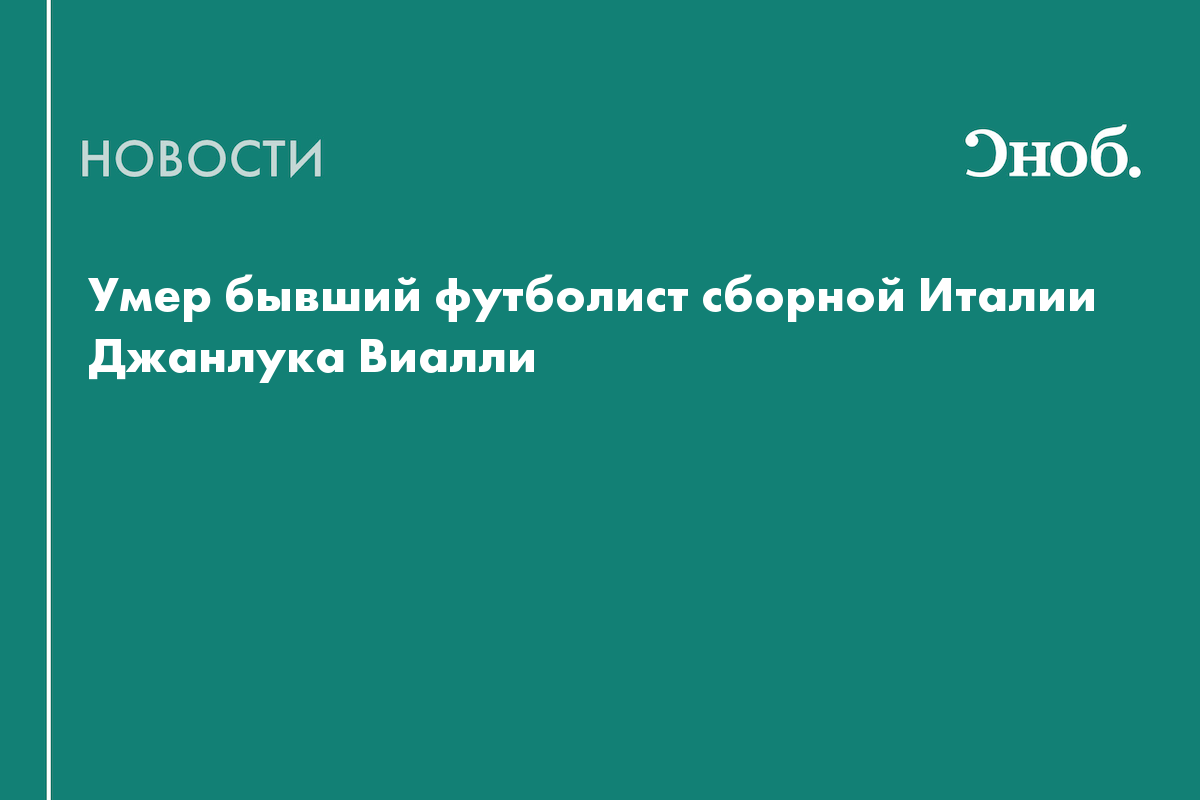 In 2017, the athlete was diagnosed with pancreatic cancer

Former Italian footballer Gianluca Vialli has died at the age of 58. It is reported by La Gazzetta dello Sport.

In 2017, he was diagnosed with pancreatic cancer. In 2020, Vialli announced victory over the disease. In December 2022, the cancer returned to the athlete.

Vialli played for Cremonese, Sampdoria, Juventus and Chelsea football clubs. He twice became the champion of Italy, and also won the Coppa Italia four times. In addition, Vialli became the winner of the Champions League, as well as the owner of the FA Cup, UEFA Cup, Cup Winners’ Cup and UEFA Super Cup.

As part of the Italian national team, the footballer became the bronze medalist of the 1990 World Cup and the 1988 European Championship.

After his retirement, Vialli coached Watford and Chelsea. As a manager, he has won the FA Cup, the League Cup, the FA Super Cup, the European Cup Winners’ Cup and the UEFA Super Cup.