How vegetarianism appeared in Russia – part 4

Russian vegetarianism flourished in the 1910s but almost disappeared in the USSR. In the final part of the “Snob” cycle, he tells how Tolstoy’s followers met the Stalinist terror, fled to Siberia and came up with black caviar that can be eaten without killing fish 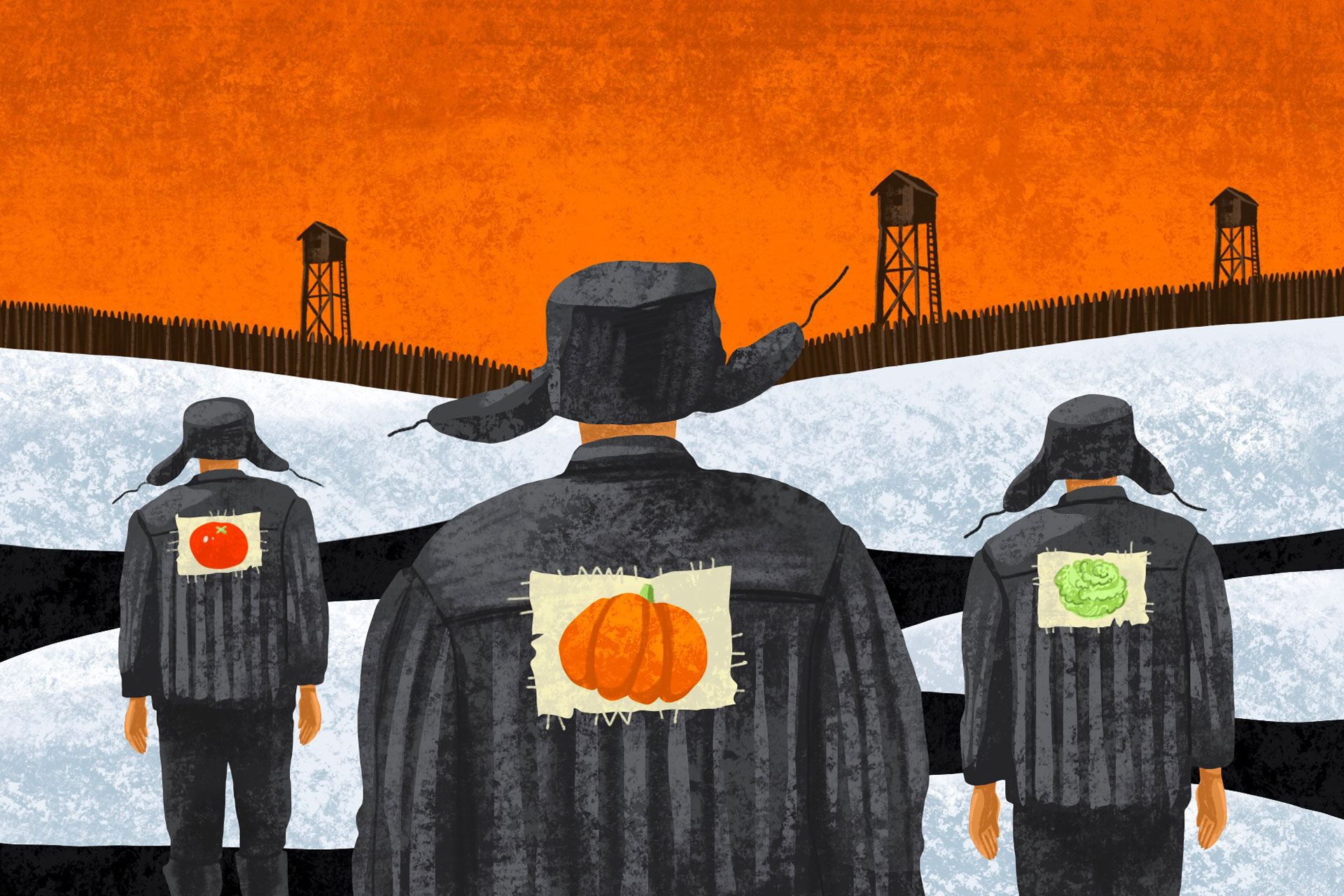 First part: How a Scientist and Writer Made Vegetarianism Fashionable

The second part of: How vegetarians fought over bedbugs and met the revolution

The third part: Why Lenin did not like vegetarians

During the approval of the NEP in the country, vegetarian canteens still continued to exist in large cities. Most of them were opened under the tsarist government with the assistance of vegetarian societies. But, as in the overthrown regime, under the Bolsheviks they had to be legalized in order to officially conduct their activities. In 1924, representatives of one of these societies wrote a letter to Lev Kamenev, deputy chairman of the Council of People’s Commissars. The author of the lengthy letter drew attention to the fact that many public organizations have long been legalized, and vegetarians have not been able to receive official status for several years.

“There seems to be some misunderstanding going on here. the writer complained. – The activity of the society is completely open, it takes place in a limited circle of its members, and if it were ever recognized as undesirable, it could be suppressed in other ways, in addition to the approved charter. The Society has never, of course, been engaged in political activity. From this side, it fully recommended itself during its 15-year existence. I really hope, dear Lev Borisovich, that you will find it possible to eliminate the misunderstanding that has arisen and will assist me in this matter.».

Probably, the author of the letter did not know that a year before his appeal, the Politburo recommended not to approve the charter of the Vegetarian Society, considering that its members not only advocate the rejection of meat, but are also engaged in “anti-militarist propaganda”, opposing service in the Red Army, which in case of war obliges soldiers to kill.

In the late 1920s, many vegetarian societies were forced into illegal activities. For example, the followers of Tolstoy secretly produced literature.

“[Толстовцы] deploy work against military service. This work is carried out at general meetings in the mountains. Moscow, in addition – by sending illegal bulletins (magazine) of the Moscow Vegetarian Society and distributing illegal letters“, – said in a letter of 1927 under the heading “top secret”, compiled by the OGPU for Stalin.

Two years after the report of the Chekists to Joseph Stalin, most of the members of the Tolstoy society who carried out propaganda in the cities were arrested and exiled to Solovki. But the question of what to do with the vegetarian communes remained unresolved. On the one hand, they lived according to the “wrong” precepts of Leo Tolstoy. On the other hand, they were a good example of collective farming.

In the late 1920s, there were several such communes in the USSR. They were engaged in agriculture and did not eat meat food. However, in 1928, collectivization began in the country – with its start, members of vegetarian settlements, like the rest of the villagers, had to join collective farms. Problems almost always arose with this: some vegetarians were not accepted into the collective farms, because they were followers of the forbidden Tolstoyan society, others were forcibly driven there, but they refused to join, because there was slaughter of cattle, they were fed meat for lunch and it was necessary to take turns guarding stocks , walking around the warehouse with a gun, which the Tolstoyans considered the murder weapon.

Gradually, the authorities began to disperse the Tolstoy communes, and transfer their property to collective farms: first, the Tolstoyans were evicted from Kuntsevo near Moscow, then the same fate befell the vegetarian commune near Stalingrad. After the authorities began to prepare the confiscation of the property of the Life and Labor commune, which was formed on the wave of approval of communist ideas by the Tolstoyans in 1921 in Troparevo near Moscow.

Vegetarians tried to solve this problem in 1930. In February of this year, a meeting of the Presidium of the All-Russian Central Executive Committee was held in Moscow, at which a letter written by Tolstoyan Vladimir Chertkov, one of the few public figures of the vegetarian movement, who had not yet been arrested and exiled to Solovki, was read out. In a letter, a former associate of Leo Tolstoy asked the authorities for a voluntary exile of the commune away from the big cities of the European part of the country. In response, the authorities offered the Tolstoyans the sparsely populated territories of the Kazakhstan SSR. However, when examining the proposed places, it turned out that they were not suitable for vegetarians, recalled Tolstoy’s follower Boris Mazurin. Some areas were ideal for grazing, but not suitable for agriculture. Others were suitable for agriculture, but were located near the border, which is why local authorities required residents to carry weapons with them, which the Tolstoyans refused to carry. Finally, it was possible to grow grain and not carry a rifle in the vicinity of Alma-Ata – the authorities of this city had heard a lot about the industriousness of the Tolstoyans and even agreed to give them ready-made houses with apple orchards. However, the vegetarians refused them, because Kazakhs who refused to join collective farms were recently evicted from these houses. When none of the options was accepted, the authorities offered the vegetarians to sell their property and arrange their own life in a new place. To do this, they had to go to … a psychiatric hospital.

“Hospital [имени Кащенко] in the surrounding villages she practiced the so-called patronage, that is, the calm mentally ill were distributed to the peasants for living for an appropriate remuneration, and in the place of our commune they decided to make, as it were, a small department of the hospital in charge of the affairs of such patients», Mazurin wrote.

The following year, members of the commune sold seeds, potatoes, and personal belongings to Kanatchikov’s dacha, where the psychiatric hospital was located. They stopped there for a short time, and then went to Western Siberia. In five years, they managed to build a whole village near Novosibirsk, set up grain sales and become a model farm. The Soviet authorities turned a blind eye to the refusal to hand over cattle for slaughter.

The quiet life of vegetarians in Siberia continued until 1935. This year, a new charter for agricultural artels was adopted. According to the charter, the Tolstoy commune, like other peasant farms, was obliged to raise and fatten cattle for slaughter. Vegetarians did not accept the new charter. As a result, in 1937, many of them were repressed and died in the camps. The charter was forcibly introduced in the commune only in 1939, but, refusing to comply with it, it ceased to exist. On this, the public and practical activities of vegetarians in the country ceased.

Since that time, vegetarian ideas have been traced exclusively in the scientific works of Soviet scientists. One of the propagandists of these ideas was the organic chemist Alexander Nesmiyanov. He had an aversion to meat ever since he looked into the kitchen as a child and saw a dead chicken being plucked there. Over time, he switched to porridge and even refused fish, because before cooking, she was also forcibly deprived of her life. In the mid-1960s, Alexander Nesmiyanov suggested that the USSR completely abandon agriculture, transferring food production to chemical plants and laboratories. To prove that this is possible, he invented a protein that can be obtained without killing animals – this is how inexpensive oil-derived black caviar appeared on Soviet shelves. However, as you know, Soviet citizens did not really like such a product. Nesmiyanov died in 1980 without realizing his dream. Vegetarian ideas began to revive in Russia only after perestroika, but with great difficulty.

“Before the revolution, a special rise in public attention to the issues of vegetarian or, as it was fashionable to say then, “kill-free” nutrition arose from the beginning of the nineties of the last century and fell sharply in 1917 after the notorious events that shook the state. The question is what is there? – the majority of the hungry population began to be considered in a completely different perspective, – wrote one of the authors of a vegetarian post-perestroika magazine.

The results of these historical collisions are very disappointing: by the beginning of the 1990s, there were almost no people who deliberately refused meat in the country. According to the latest poll, today in Russia only 2% of the population consider themselves vegetarians.