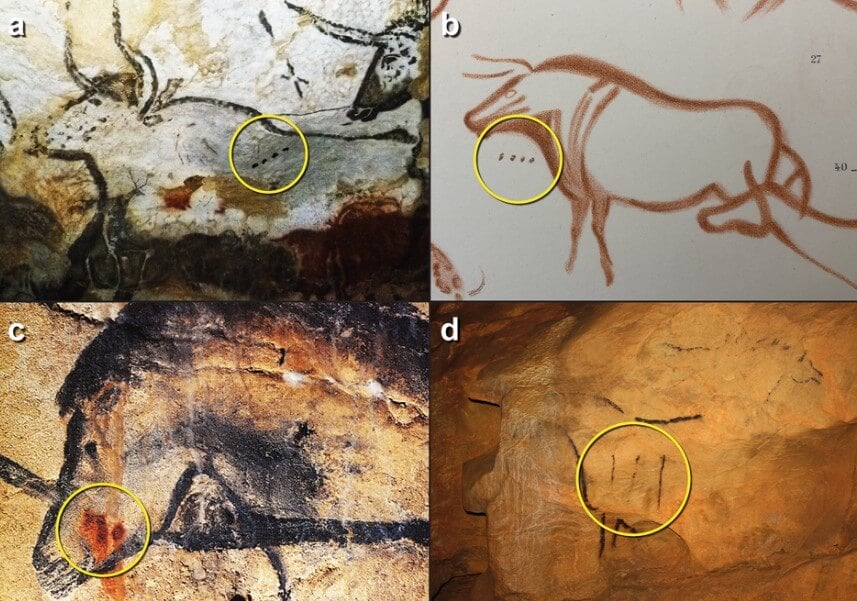 It seems that one of the most important scientific discoveries of recent years was made by a furniture restorer from London.

The walls of hundreds of European caves are decorated with images of ancient animals – these drawings were made by our distant ancestors. According to scientists, rock art was spread about 40,000 years ago, during the Paleolithic era, when people got their food while hunting and gathering plants. Almost every rock art has dots and lines, the meaning of which scientists could not explain for decades. Recently, an ordinary furniture restorer from London was able to decipher them – in his opinion, these symbols are the very first inscriptions made by people. Many scientists agree with his version, and it seems that this one of the most important scientific discoveries in recent times. Our ancestors may have been much smarter than previously thought.

The study of rock art of primitive people

The furniture restorer who deciphered the mysterious symbols in the cave paintings is Ben Bacon. According to him, one night he was studying photographs of drawings of ancient people and noticed that there were dots, lines and a “Y” symbol next to the animal figures. At first, he thought that with the help of these marks, ancient people counted the number of animals killed – many scientists adhered to the same opinion. 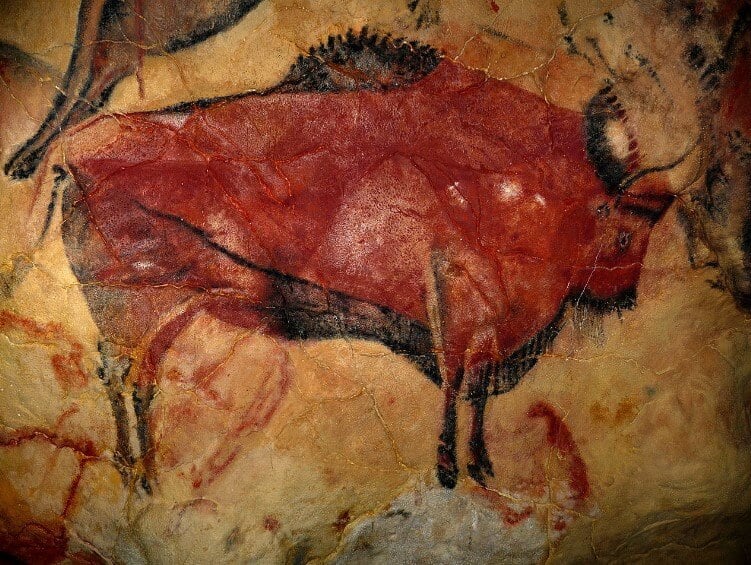 Every rock art has dots and lines that were difficult to explain.

However, then Ben Bacon suggested that these symbols are somehow connected with the lunar calendar. He shared his guess with archaeologists from two universities in England, and they were seriously interested in his idea.

What do the drawings on the cave walls mean?

At first, scientists really believed that the marks next to the animals indicate the number of killed individuals. But then they realized that ancient people did not need such records – what’s the point? It is more likely that the ancestors of modern humans counted the days according to the lunar calendar in order to keep track of the periods of accumulation of animals, their mating and the time of birth of cubs. By determining the time when it is more profitable to hunt animals, ancient people could greatly ease their lives and increase their chances of survival. 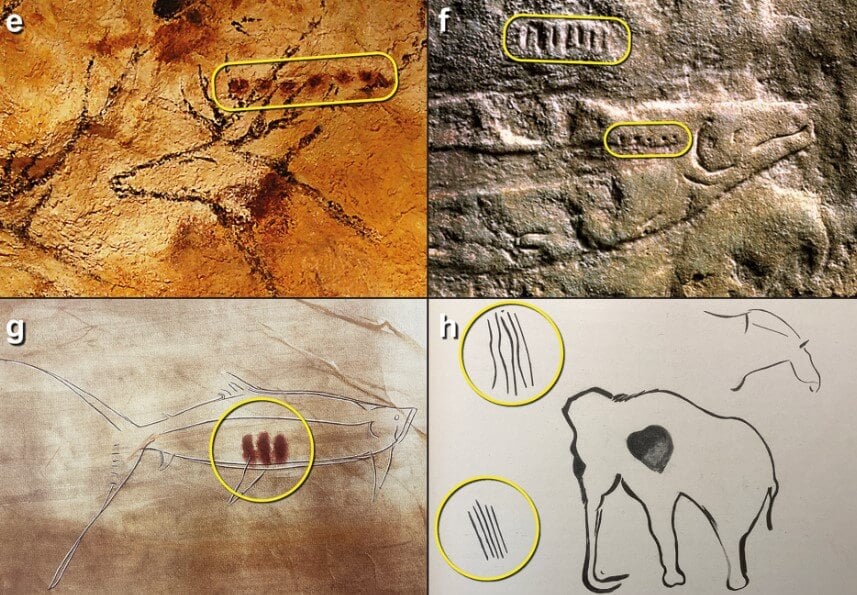 The symbols next to the animal figures really look like notes on a calendar. No rock art has more than 13 dots and lines, so they may well represent the months of the lunar calendar (although not entirely accurate from a modern point of view). The symbol “Y” most likely means the birth of an animal – according to scientists, it looks like spread legs. 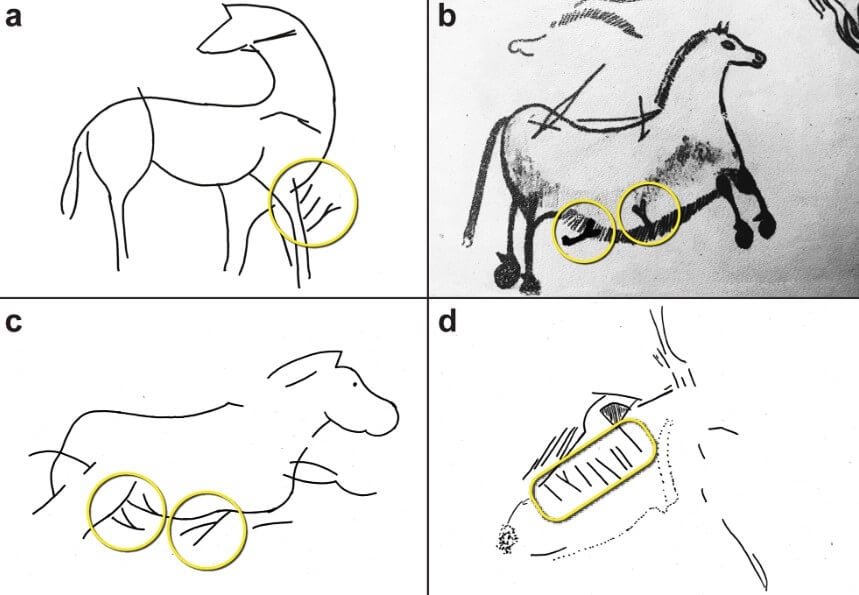 To verify the correctness of the course of their thoughts, scientists conducted a small study. They studied rock paintings found in caves in France and Spain. Most of all, they were interested in the figures of bison, bison, goats and antelopes, as well as the symbols scratched next to them. To the surprise of scientists, the records of ancient people, although approximately, still described the life cycles of many animals that were hunted. 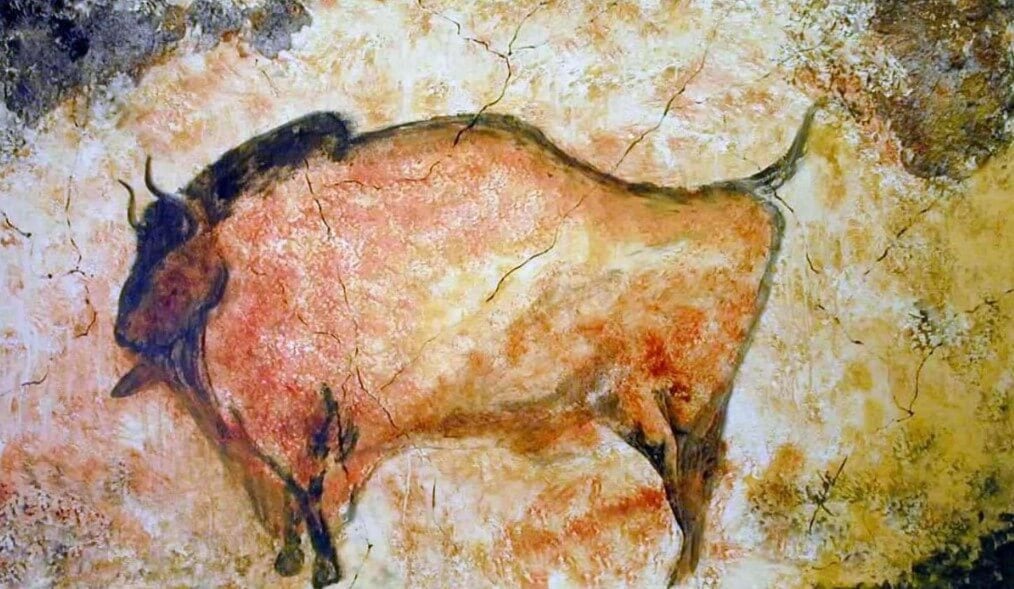 Bison on a rock art

When did writing begin

At the moment, Ben Bacon and British scientists are in no hurry to celebrate the discovery, which can change the idea of ​​life and intelligence of ancient people. They may indeed have found an example of the very first human writing – if their conclusions are correct, it may turn out that people learned to write tens of thousands of years before Sumerian writing, about 40,000 years ago. But it is too early to talk about this with complete certainty, because we need to wait for the opinions of scientists from other countries. In fairness, it should be noted that the conclusions of Ben Bacon and British scientists sound extremely intriguing and convincing. 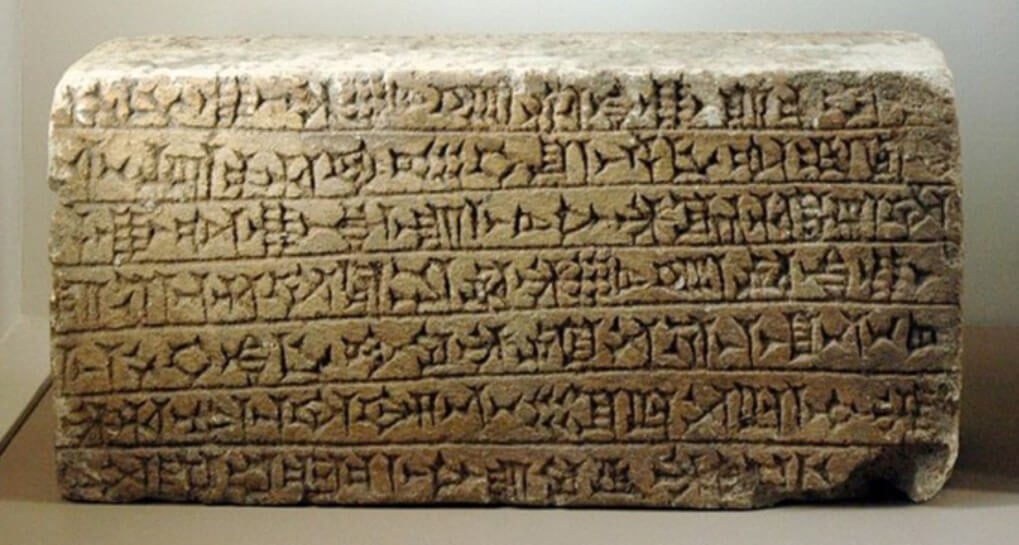 An example of Sumerian writing, which is considered the oldest in the world

It is possible that after some time scientists will change their minds about the origins of writing – the emergence of this skill is considered one of the main achievements of mankind of all time. Also, the scientific community can look at the life of ancient people from the other side, because it turns out that they synchronized their hunting schedule with the life cycles of animals. In general, it may turn out that our distant Paleolithic ancestors were much more intelligent than previously thought.

So, the meaning of the mysterious symbols on the walls of the caves is potentially deciphered – whether it is true or not, it will become known very soon. However, in the history of mankind there are still many such mysteries. For example, even the most experienced specialists still cannot decipher Bale’s cryptograms, which may indicate the location of treasures. Also, no one can decipher the letter of the pirate Olivier Levasseur, which also speaks of treasure. Maybe you can solve the secrets? Try it, it will work.