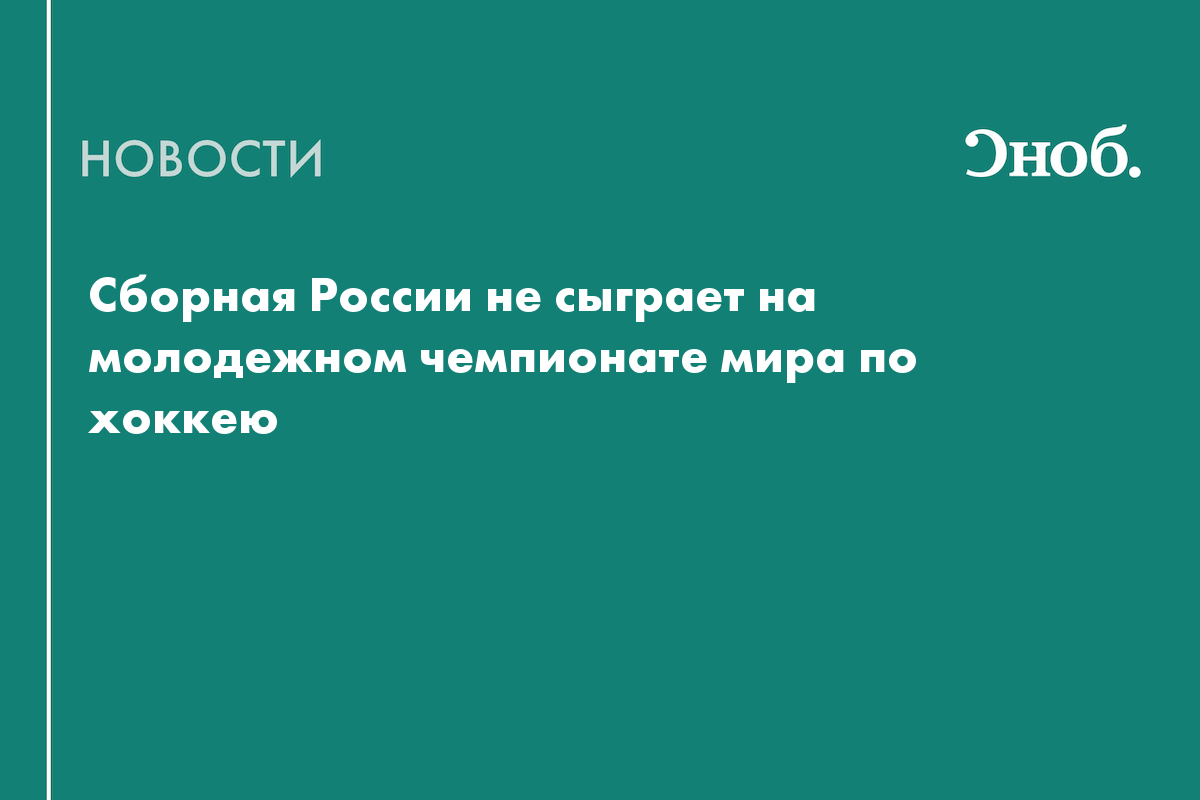 The Russian youth hockey team was not included in the list of participants in the 2024 World Championship. The tournament will be held in Sweden from December 26, 2023 to January 5, 2024.

Russian athletes missed the 2023 World Cup due to suspension by the International Ice Hockey Federation (IIHF). The tournament was supposed to be held in Omsk and Novosibirsk, but in May 2022 the competition was moved to Canada. Canadian athletes became the winners of the tournament for the 20th time.

In 2021, the Russian youth team reached the semi-finals, and the 2022 championship was prematurely stopped at the group stage due to the outbreak of the coronavirus. The tournament was replayed in August – the Russians did not take part in it.

The main Russian national ice hockey team will also miss the 2023 World Championship. The tournament was supposed to be held in St. Petersburg, but it was moved to Finland and Latvia.