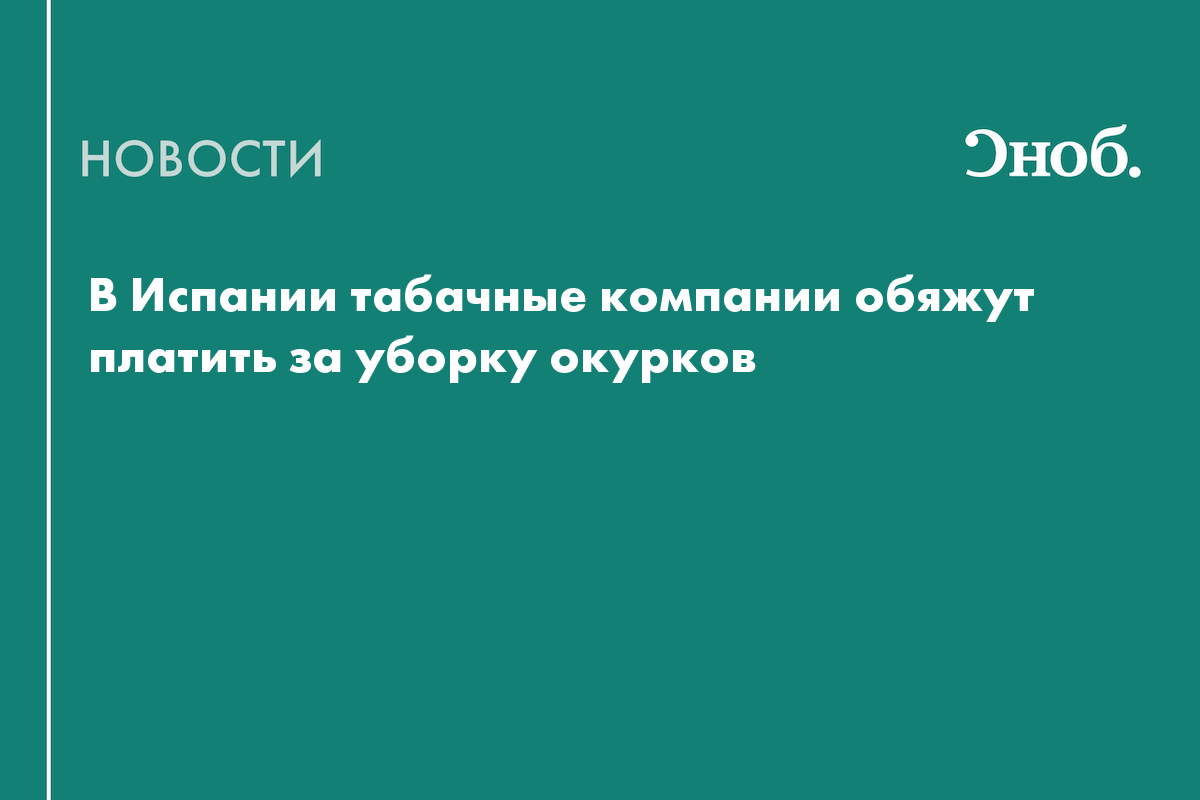 About 22% of the population smokes in the country

Spanish tobacco companies will pay for the cleaning of cigarette butts on the streets. The corresponding decree was included in the package of measures to reduce waste, writes The Guardian.

The cost of cleaning up cigarette butts in Spain ranges from 12 to 21 euros per Spaniard per year. In total, this figure reaches 1 billion euros annually.

The Catalan authorities have previously proposed developing a method for disposing of cigarette butts, according to which they can be redeemed for 20 cents apiece. Thus, this would add four euros to the current average price of five euros per pack of cigarettes.

New Zealand is the first country in the world to completely ban tobacco smoking.

Such a measure could force tobacco companies to pass the cost on to the consumer and thus create another incentive to quit the bad habit. According to the Spanish government, about 22% of the population smokes in the country.

Cigarette butts are one of the most common types of garbage. As they decompose, toxic substances such as arsenic and lead are released. They take about 10 years to decompose.

In addition, cigarette butts pollute the world’s oceans even more than plastic bags and bottles. Approximately 5 billion cigarette butts end up in the water on a regular basis.