Vedomosti: OBI hypermarkets in Russia have changed owners three times in a year 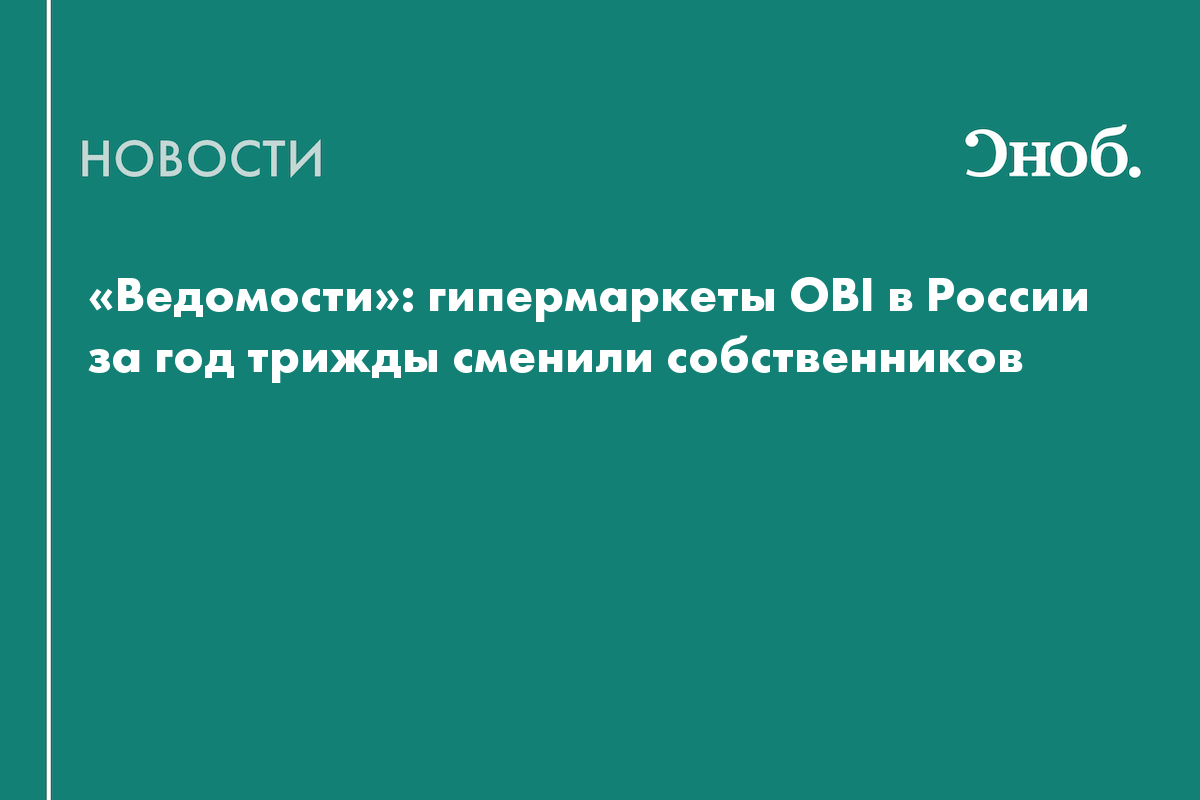 The transaction took place on December 30, 2022

The new owners of the Russian OBI group are the Modul-2 company and businessman Valid Korchagin. This is reported by Vedomosti with reference to the Unified State Register of Legal Entities.

The transaction took place on December 30, 2022. According to the newspaper’s analysts, the amount does not exceed 200-300 million rubles.

According to the interlocutor of the publication, the asset belonged to an intermediary, who transferred it to the new owners. The source of Vedomosti did not disclose other details of the transaction.

OBI hypermarkets in Russia will change their name

Module-2 is owned by the President of the Association of Wholesale and Retail Markets, Marina Midova. According to SPARK, the association was created by TD Usachevsky, TK Yuzhny, Kiselevsky Market and other legal entities that are associated with the Sindika holding of the former president of Kabardino-Balkaria and senator Arsen Kanokov.

In March, the OBI network suspended operations in Russia. Later, the German company OBI GmH signed an agreement to sell six legal entities of its Russian chain of stores to local investors. According to Vedomosti, the deal amounted to 1 euro.

In total, there are 27 hypermarkets in Russia in 14 cities. For 2021, the total revenue of all Russian assets of OBI amounted to 48.57 billion rubles.