Why were revolving prisons created and why were they permanently closed? 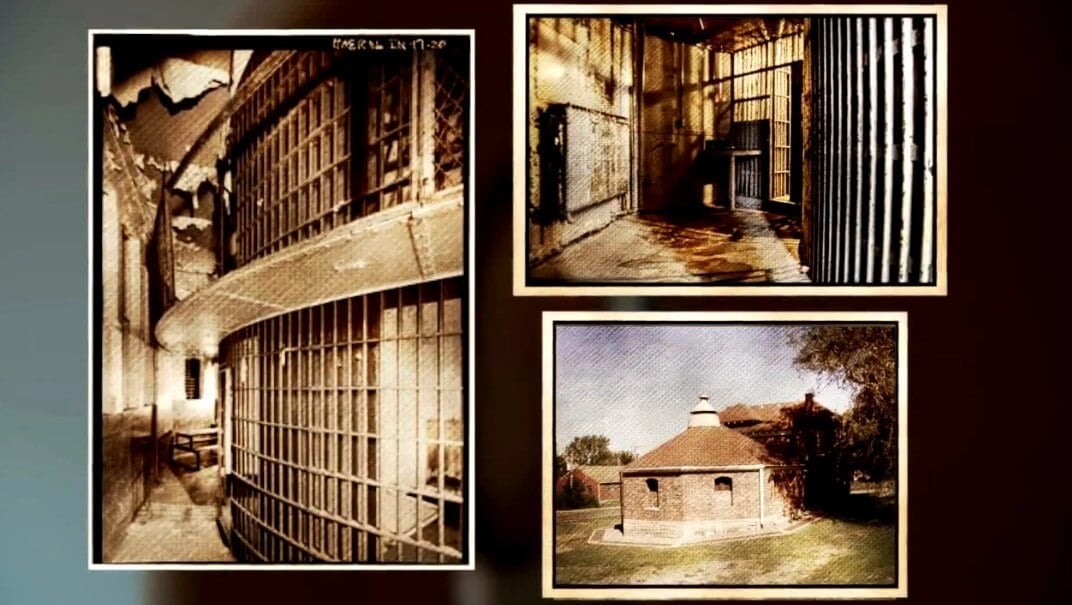 The revolving prisons did not last long, but they are still remembered with horror.

In the 18th century, the English philosopher Jeremy Bentham came up with an ideal prison that completely ruled out the possibility of escape. The design of the most reliable prison for criminals was called the Panopticon and looked like a huge arena. Along the walls were chambers for thieves and murderers, and in the very center of the arena rose a tower with a warden. The criminals did not see the watchman and never knew whether he was sitting in the tower or not, but the warden saw each prisoner at a glance. Several freak shows have been built around the world – for example, on the Cuban island of Youth, the Presidio Modelo prison still stands (but does not work). The arena-style prison project was very successful, but then something more reliable was developed – a rotating prison. How was it organized and why are there no more such places of detention?

The most severe prison in history

The revolving prison is an invention of the American architect William Brown. In 1881 he applied for a patent that was described as “a prison in which prisoners can be controlled without personal contact between them and the guard”. The first revolving prison designed by William Brown was built in Howil, a suburb of the American city of Indianapolis. 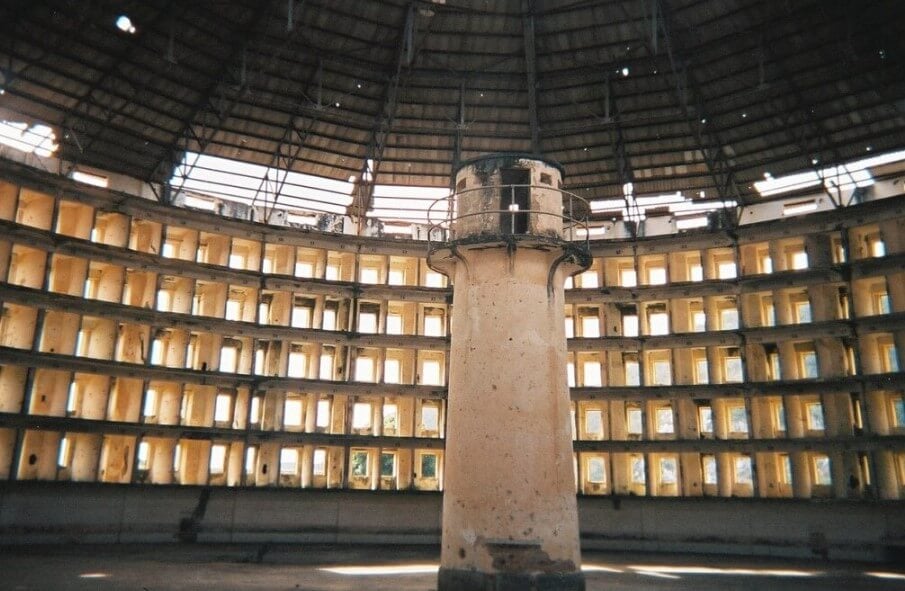 Like the panopticon, it was a circular structure. In the center of the building was a drum, which was surrounded by a lattice and divided into triangular sectors – all of them were cells for prisoners. The drum sometimes rotated, and the cells had no windows, which is why the criminals never knew which way their cell was facing. Therefore, an escape plan with digging a tunnel or undermining a wall most likely could not work – a rotating prison was the most reliable in this regard. 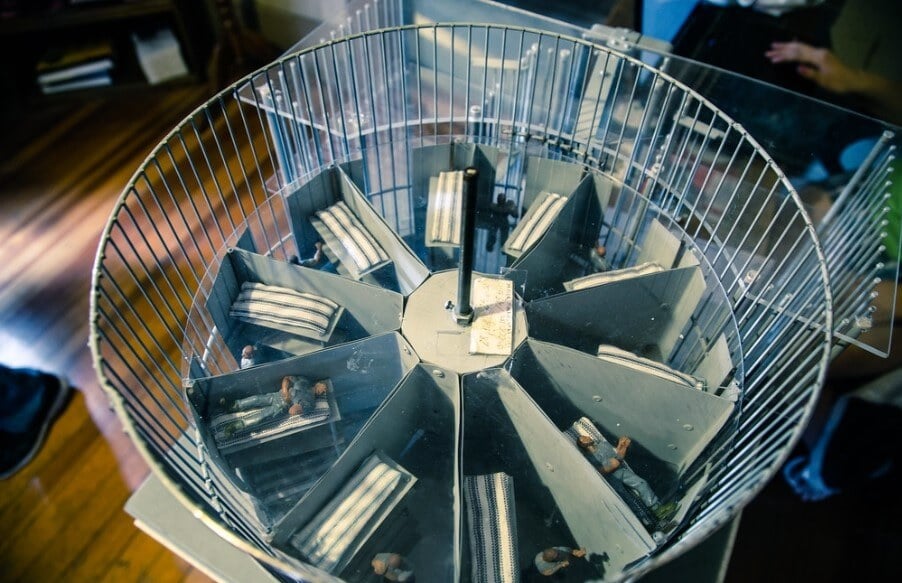 Miniature model of a rotating prison

The drum was driven manually. As a rule, it was twisted to prevent criminals from escaping, but there was another reason – there was only one exit hole on the grate surrounding the drum. That is, in order to release one prisoner, the drum was rotated until the desired chamber was level with this hole. 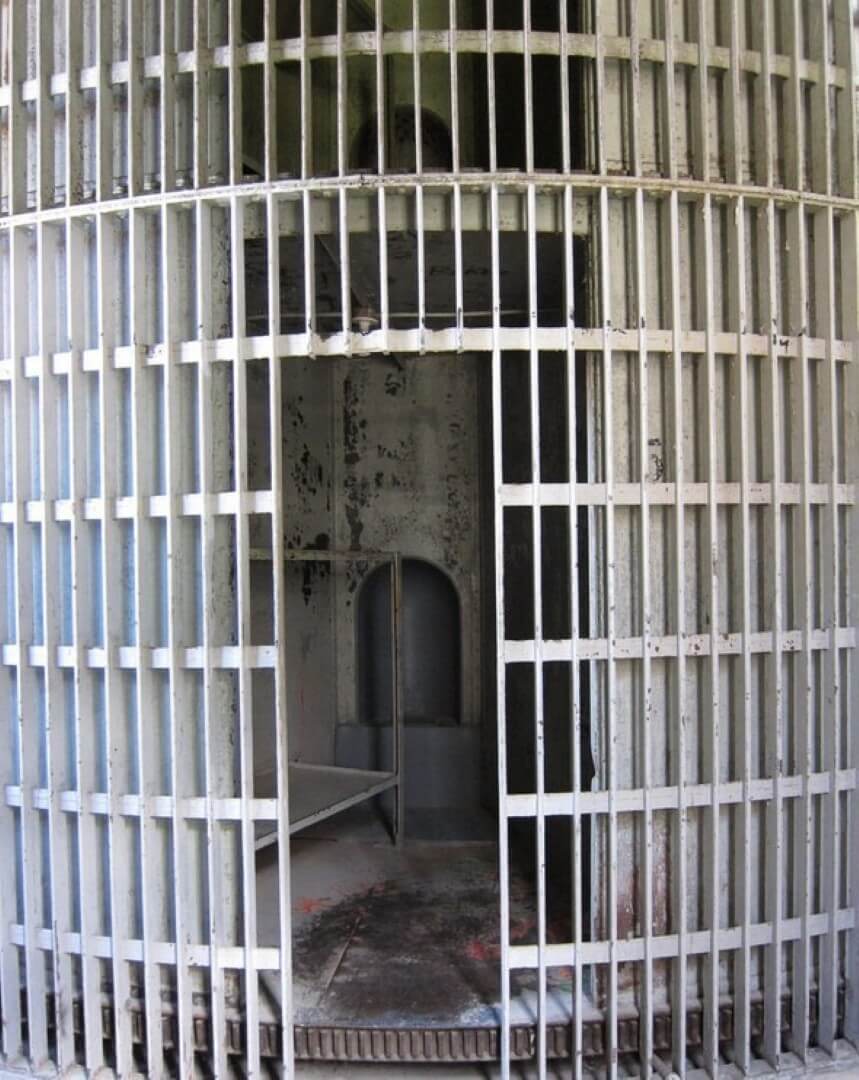 The only way out of the revolving prison

Being in a revolving prison, the prisoners felt bad. First, they were severely disoriented in space due to the constant change in camera position and lack of windows. Secondly, the shape of the chamber was triangular, which put pressure on their psyche – a long stay in a room without right angles can slowly drive some people crazy. On top of all this, the cells of the revolving prison were poorly ventilated and the people lacked fresh air. 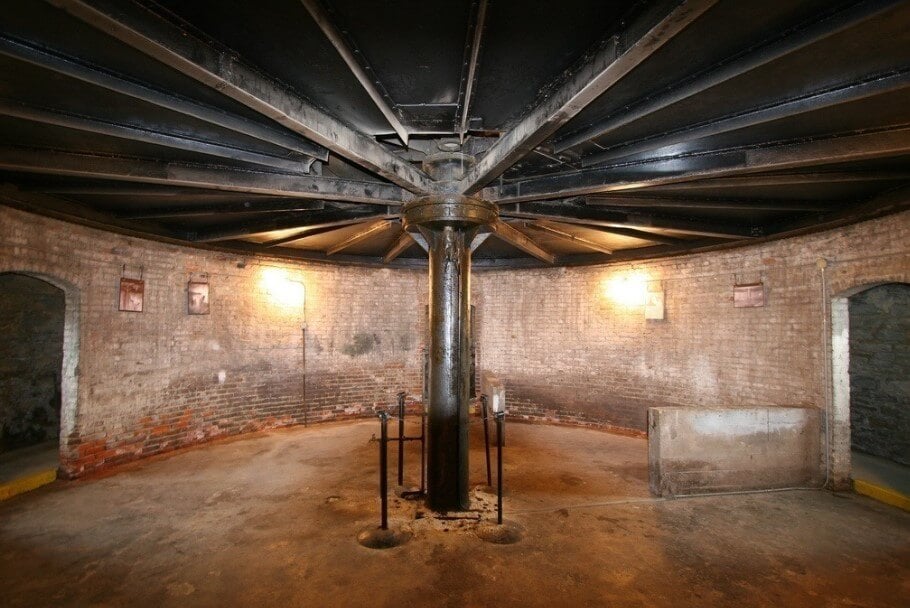 Basement of the revolving prison

The most dangerous prison for prisoners

So, each revolving prison had two big pluses: it was difficult to escape from it and the criminals were very afraid of its severity. However, a secure prison had a downside – it was unsafe. It happened that the cells began to rotate while some prisoners were holding onto the outer bars or sleeping next to it. The criminals at that moment had their fingers or even entire limbs torn off – the screams in such cases must have been terrible. 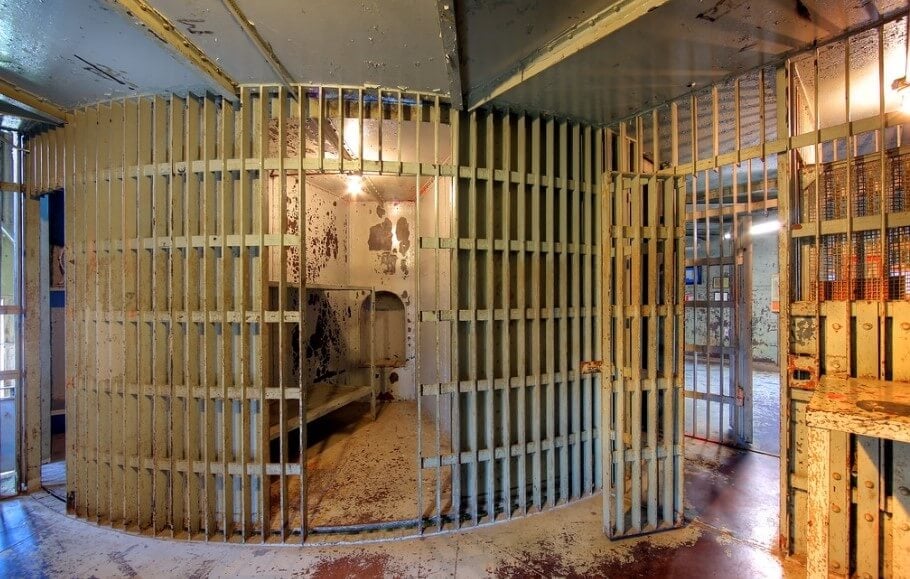 It’s scary to think what will happen to a person whose hand gets stuck between bars.

Prison Museum and its photographs

Revolving prisons existed only in the USA, in the states of Illinois, Iowa, Texas, Missouri and so on. It is believed that there were 18 of them in total – all of them were decommissioned by 1939. The reason for the closure was that they were not safe for the prisoners. In addition, some jailers prevented the drum from rotating by inserting metal objects into the structure. Some revolving prisons have been demolished, and in others the revolving circle has been welded on to create individual doors in the cells. 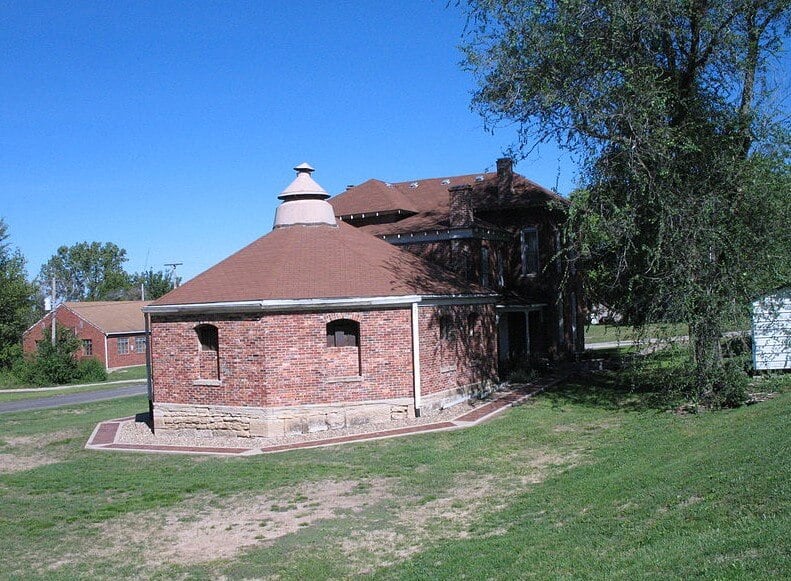 The revolving prison in Crawfordsville, Indiana was only closed in 1973 and turned into a museum. Experts are still making sure that the drum for rotating cameras is still working – it is shown to all tourists who visited this unusual place. Below we present to your attention photos from this museum. 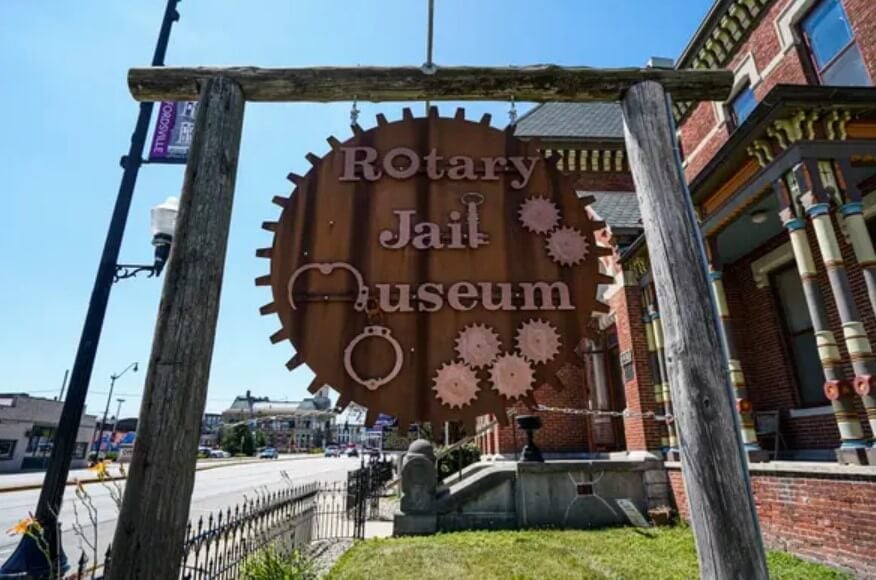 Sign at the entrance to the Museum of the Revolving Prison 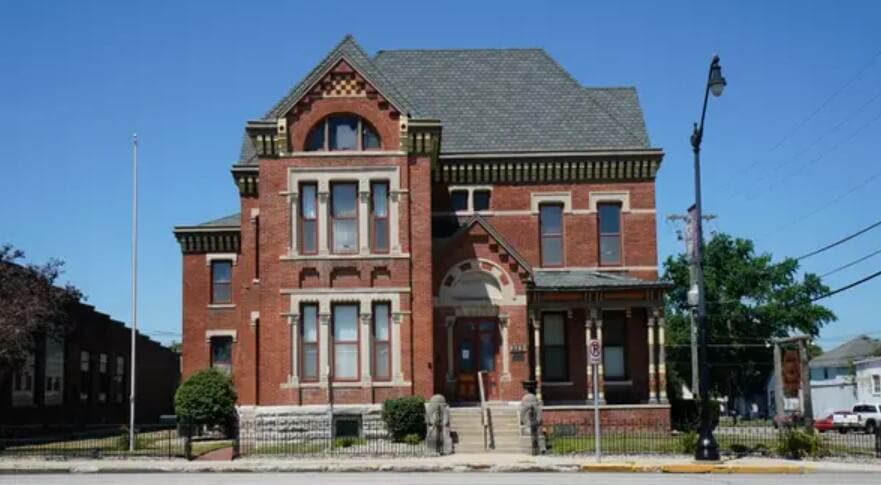 The revolving prison in Crawfordsville doesn’t look as scary from the outside as it does from the inside. 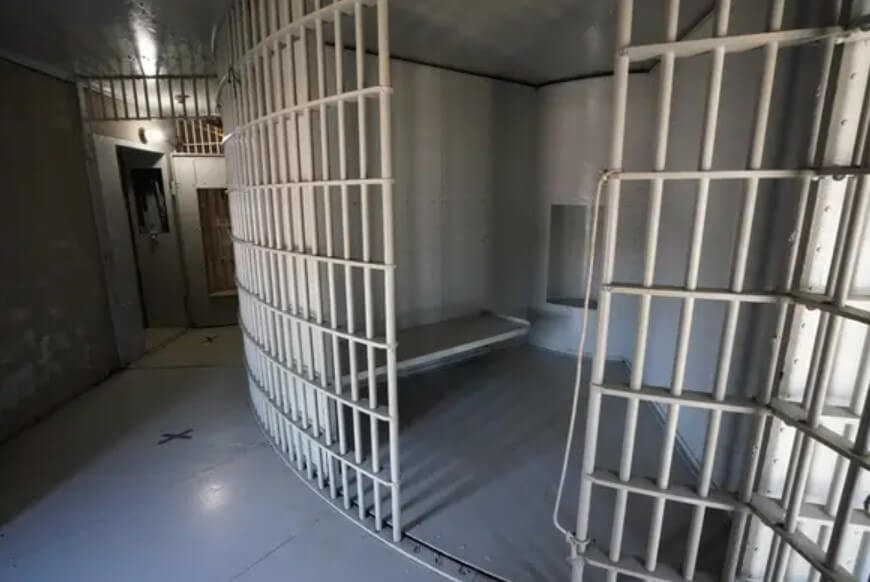 Apparently, in order not to shock the visitors, the cells of the revolving prison were painted. 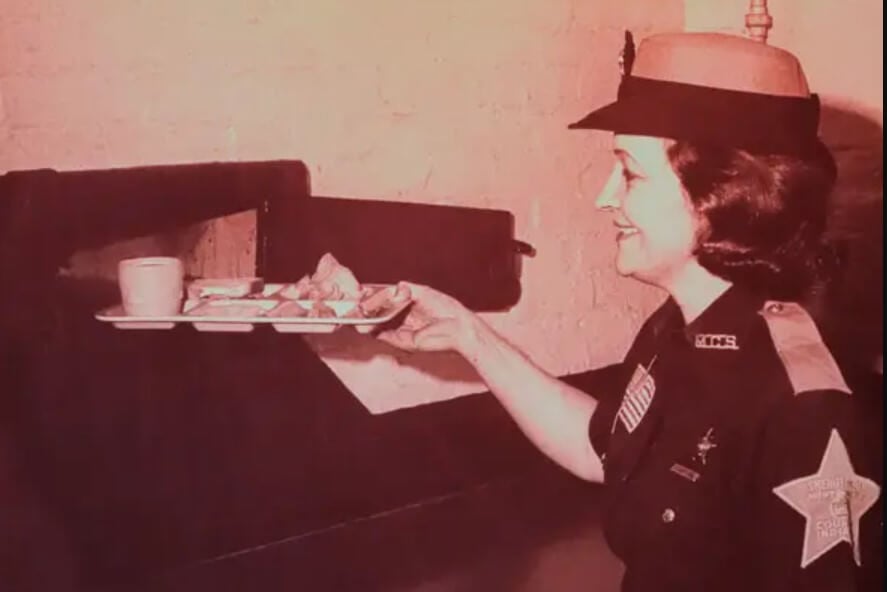 In the photo, Liz Shaw is the last warden of the revolving prison in Crawfordsville. 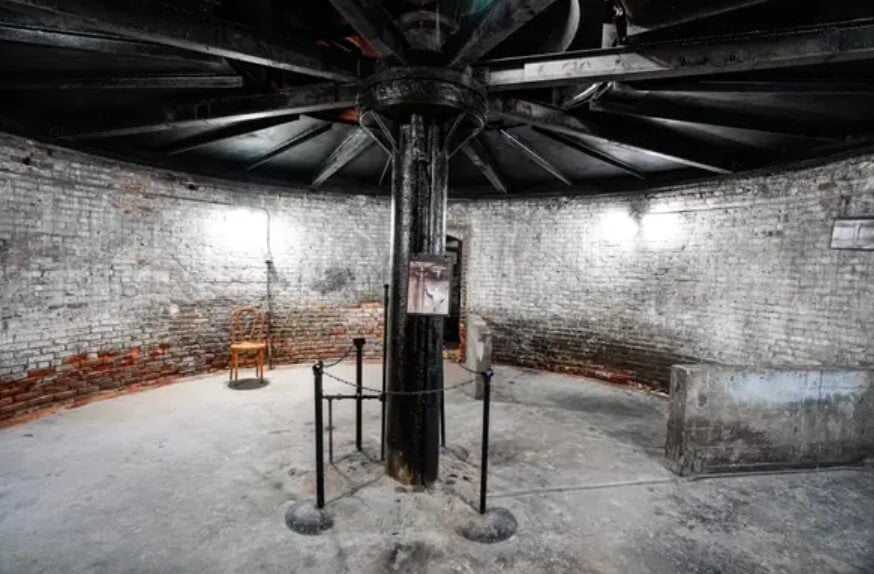 View of the rotating mechanism in the basement of the prison

There are still inscriptions left by prisoners on the floor of some cells. 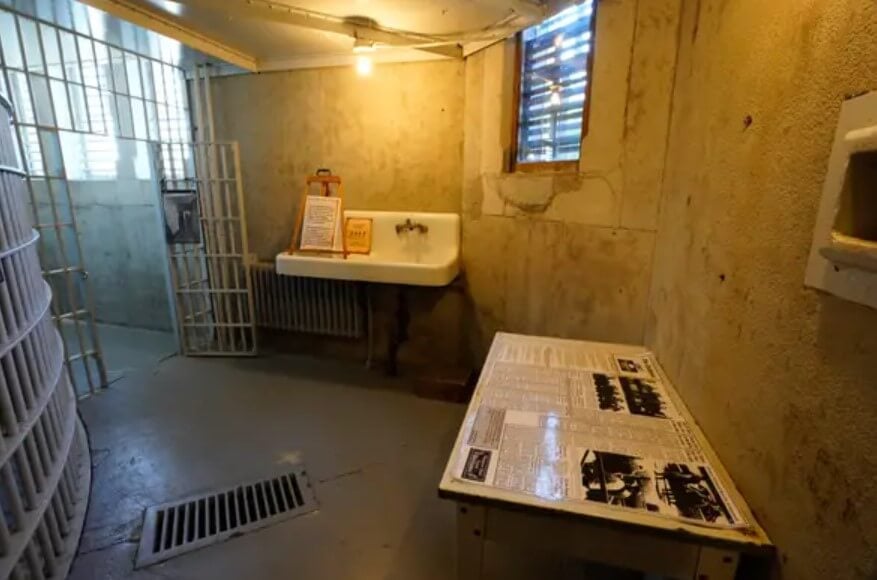 The interior of the revolving prison cell

If you liked this article, we recommend reading the material on the death penalty in the 21st century – it is still practiced. Here’s a link.