In South Africa, the head of the energy company Eskom survived after cyanide poisoning 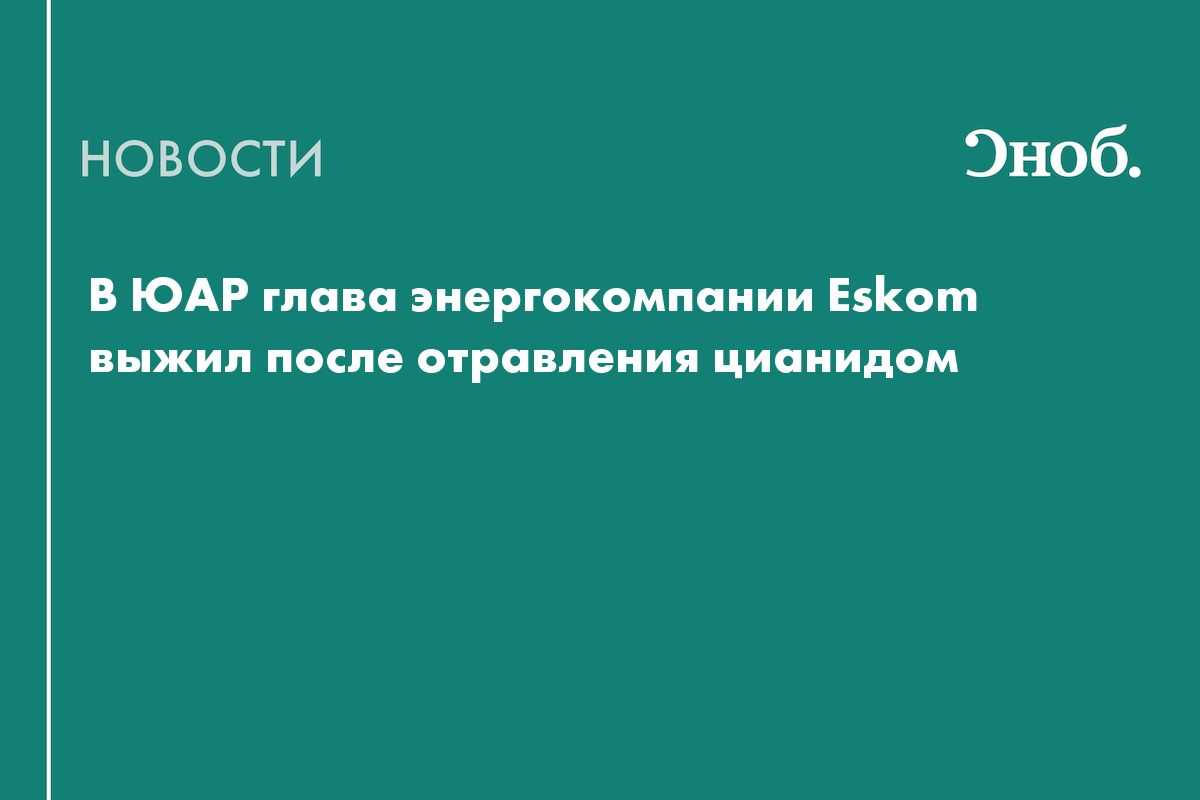 The head of the state energy monopoly of the Republic of South Africa (South Africa) Eskom Andre de Ruyter told the police that he survived the assassination attempt. According to a top manager, they tried to poison him with cyanide. The Financial Times writes about this with reference to Minister Pravin Gordhan, who oversees state-owned companies.

Ruyter’s assassination attempt took place the day after he submitted his resignation letter, Gordhan told the newspaper. The head of the company explained this decision by the fact that he does not receive support from the government in the fight against power outages and “unbridled bribery” in Eskom, writes the Financial Times.

The poisoning was reported on January 7 by the South African consulting company EE Business Intelligence. According to the company, the assassination attempt took place at de Ruyter’s office in Johannesburg on December 13, 2022.

De Ruyter’s resignation was officially announced on 14 December. He will remain as chief executive until the end of March.