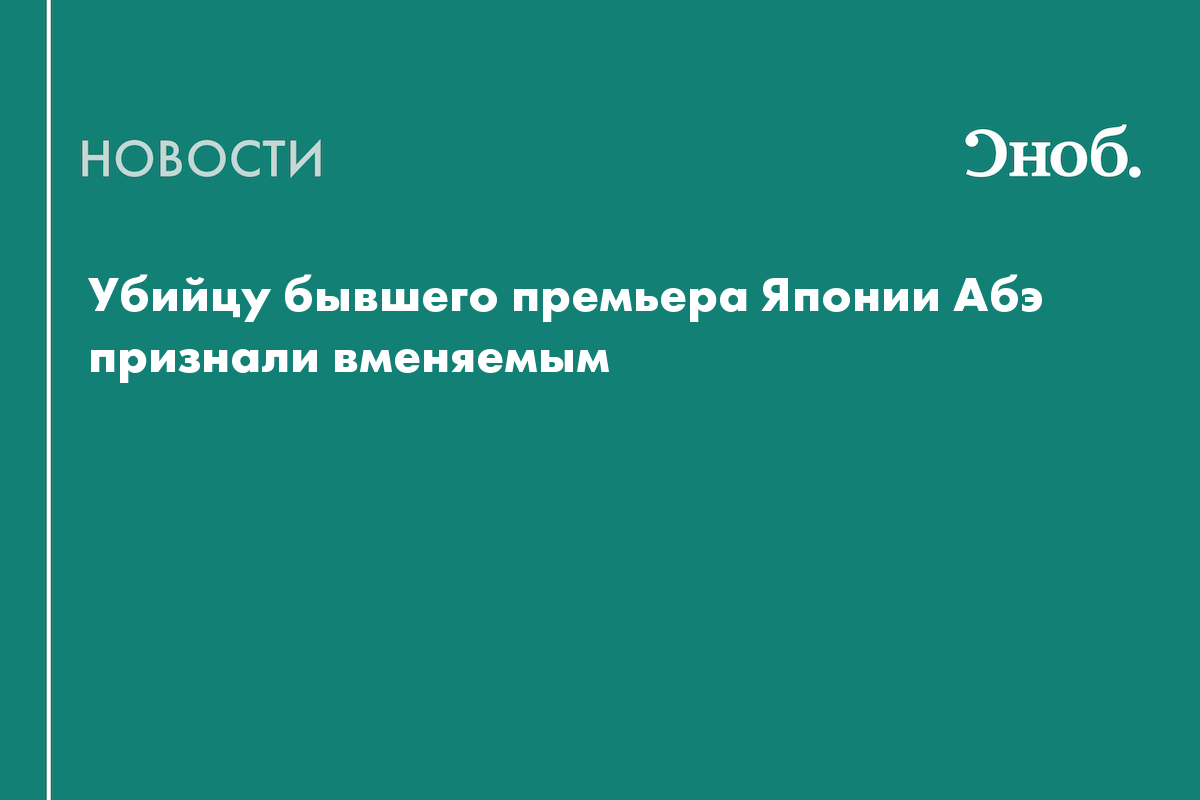 Compulsory psychological examination has been carried out since July 2022

Japanese Tetsuya Yamagami, who killed former Prime Minister Shinzo Abe in the summer of 2022, was declared sane following a forced psychological examination, which has been carried out since July. TASS writes about it.

Yamagami was transferred from a closed medical facility to the Nara City Police Prison. It is expected that before January 13, he will be charged with murder and illegal possession of a weapon.

On July 8, 41-year-old Nara resident Tetsuya Yamagami shot and killed former Japanese Prime Minister Shinzo Abe during his speech in support of the Liberal Democratic Party, which he previously headed. Abe received two gunshot wounds – in the chest and neck. He was rushed to the hospital, but could not be saved.

Yamagami explained his act by dissatisfaction with the policies of the ex-premier, but then changed his testimony and said that he considered Abe connected with a certain group to which his mother donated money. Kyodo wrote that the shooter was offended by the Unification Church sect, where his mother took about 100 million yen (720 thousand dollars) from the insurance of her deceased husband. As a result, Yamagami was forced to give up his studies. The murderer of the prime minister was arrested until November 29.

Abe’s body was cremated and buried on July 12, with a state funeral held in Tokyo on September 27.