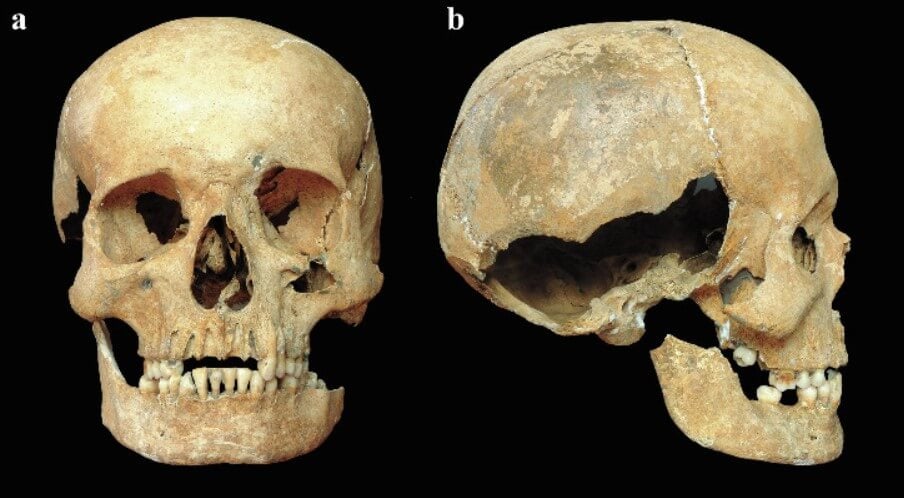 Humans have been committing crimes since time immemorial – scientists are sure of this because they regularly find many traces of murders committed thousands of years ago. The motive for the murder is always different: some go for it because of the desire to get rich, the second go crazy with jealousy, the third are unbalanced maniacs, and so on. In ancient times, people committed crimes for the same reasons – for example, a robber could attack a rich man just to rob him. Recently, scientists just found traces of such a crime when they examined the graves at the Italian church of San Biagio. In one of the graves lay the skeleton of a man whose head was severely wounded by a long sword – several blows caused his death. Having studied the nature of the damage, scientists were able to recreate the picture of the murder, which was committed during the Middle Ages.

Scientists have found the skeleton of a medieval man

The Catholic Church of San Biagio is located on the territory of the Italian commune of Chittillo. Not far from it is a cemetery in which the bodies of people who lived during the Middle Ages lie. During the study of ancient bodies, archaeologists found a very interesting skeleton from a scientific point of view. 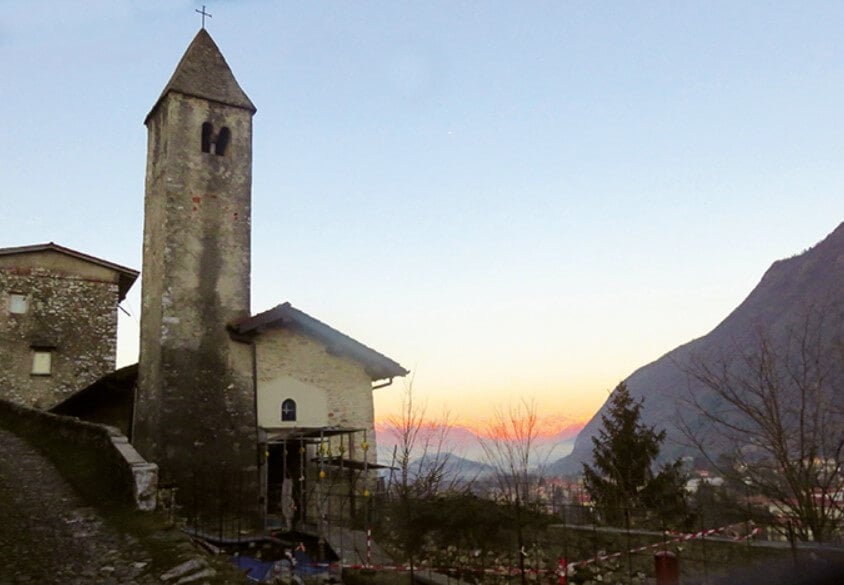 Church of San Biagio in Cittillo

The results of the analysis showed that the skeleton belonged to a man aged 19 to 24 years. During his lifetime, his height could be 174 centimeters – perhaps he was less. Scientists do not know for sure, but most likely the owner of the skeleton lived between 780 and 1260 AD. This seems to be true, because the necropolis at the church dates back to the 11th-14th centuries. In addition to this, the buried man was clearly a very respected person from the upper strata of society, because no one would bury a simple person in the cemetery next to the church of San Biagio.

In the course of studying the well-preserved bones of a medieval man, scientists did not find traces of disease. However, when examining the head, archaeologists found obvious damage to the occipital, temporal and parietal parts of the skull. The most prominent among them stood out a crack 10.7 centimeters long. To find out what caused such serious wounds on the head, the authors of the scientific work used a microscope and a tomograph. 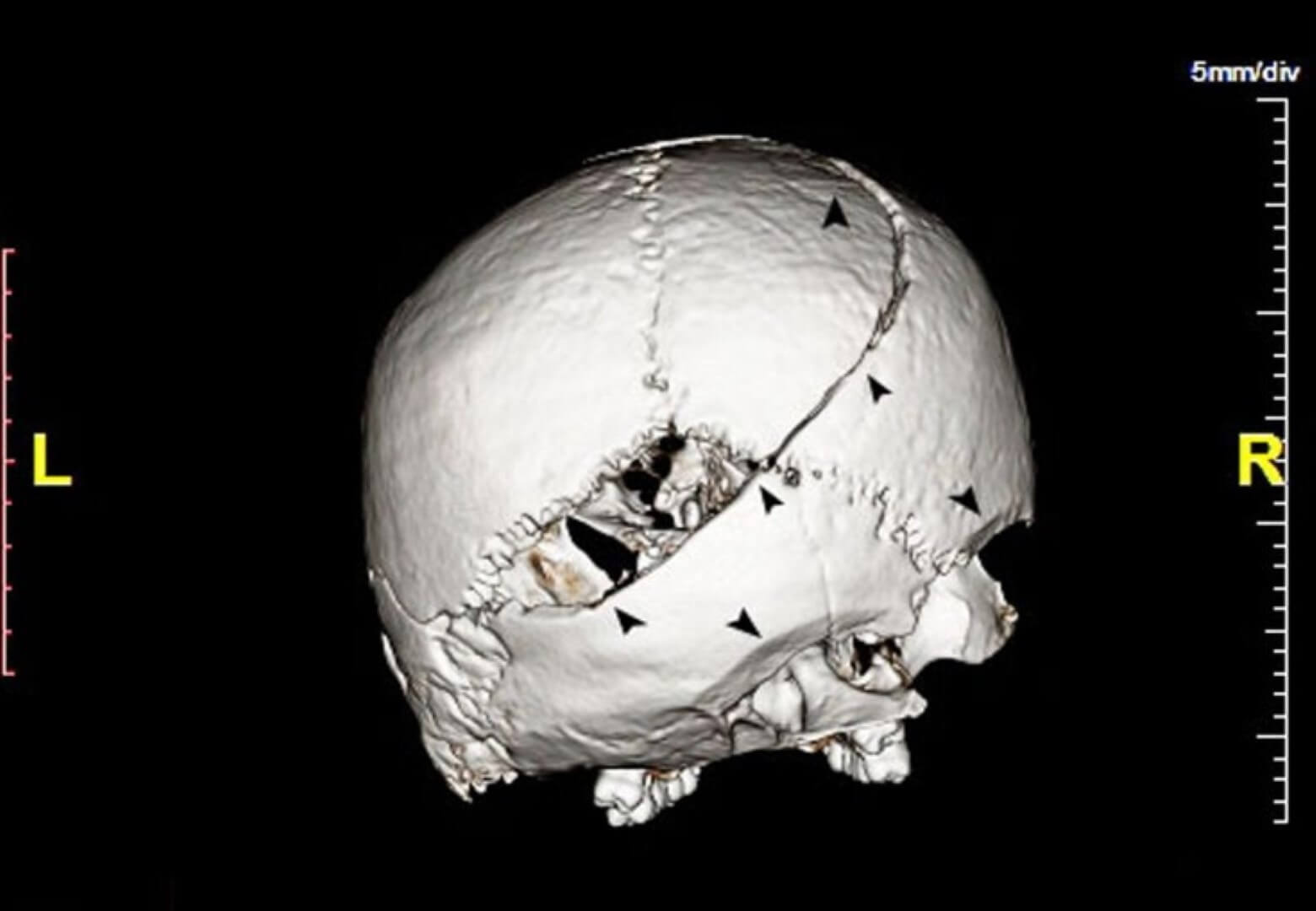 Tomography of the head of a medieval man

The study showed that the man was killed with a hard and sharp object – most likely, a long sword became the murder weapon. Several cracks of different lengths and depths were found on the skull at once, which means that the killer inflicted many blows. There were no signs of bone healing on the skull, meaning the man died almost immediately after the attack.

Taking into account the location of the cracks on the head and their number, scientists were able to recreate the picture of the murder. Most likely, the killer approached the man from behind and took him by surprise. From the first blow, the man clearly dodged or blocked it – the first wound was not strong, he had a chance to escape and he probably took advantage of it. However, he did not manage to go far, because the killer overtook him and inflicted mortal blows. 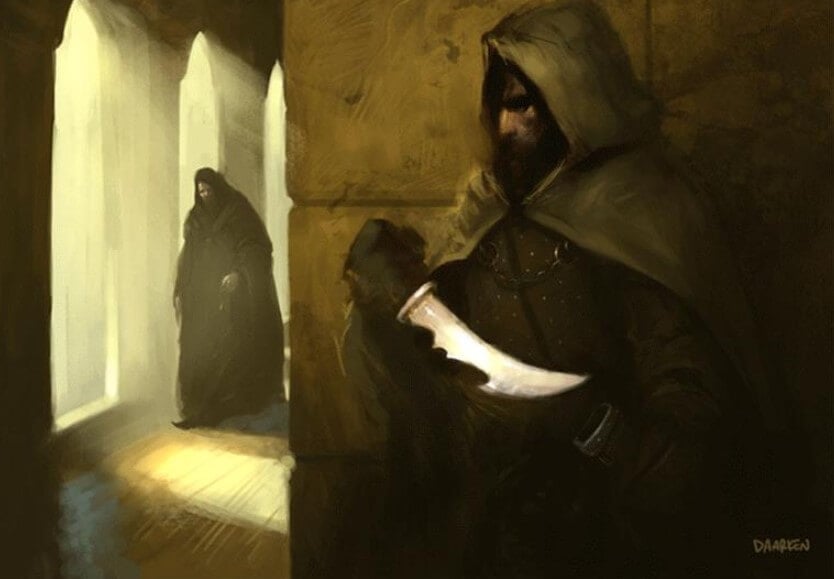 This discovery once again proves that brutal murders were committed by people at all times.

What was the motive for the murder, scientists cannot say, because they do not know exactly where the crime was committed – the body was transferred from there for burial. It is possible that there are clues to the motives at the murder site, but archaeologists have not found it and are unlikely to ever find it. After all, the event took place thousands of years ago, and this place could have remained underground for a long time, and things probably no longer lie there.

Investigation of the murders of ancient people

So, as part of a new scientific work, scientists were able to recreate the murder that was committed during the Middle Ages. But modern technology allows scientists to look even further – it is known for certain that the ice mummy of Ötzi was killed by an unknown person about 5,000 years ago. This, at least, is evidenced by a stab wound on the shoulder and noticeable cuts on the arm, which could have been inflicted with a knife. Most likely, Ötzi’s death was due to the fact that the arrow hit him in the artery and he lost a lot of blood. 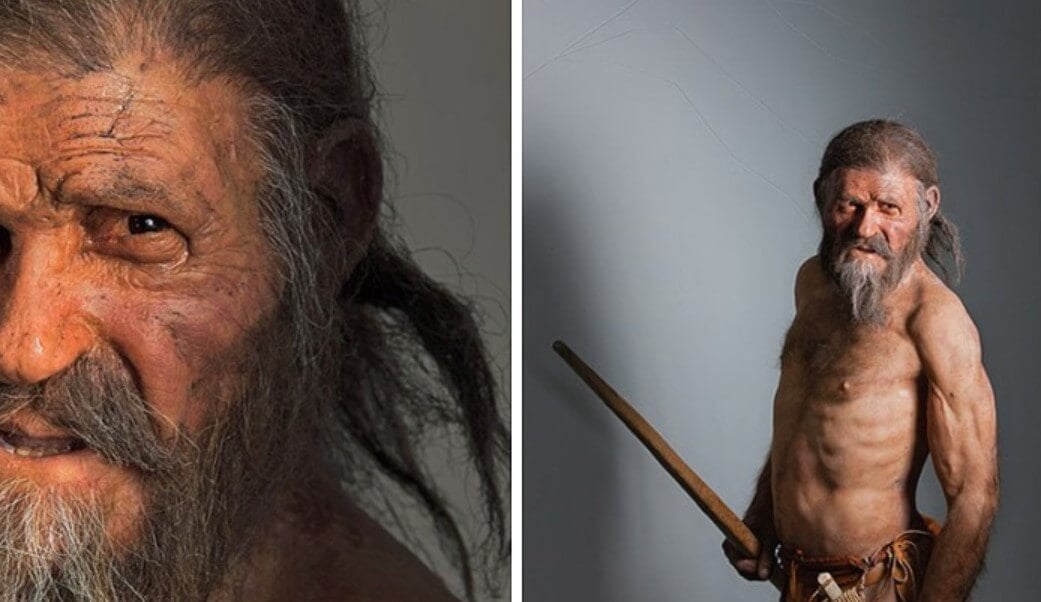 Scientists are still studying the Ötzi mummy, and sometimes they make very interesting discoveries. In 2022, it became known that the cause of death mentioned above was not entirely correct – you can read more about this discovery here.