FAS filed a case against TNT due to high-profile advertising 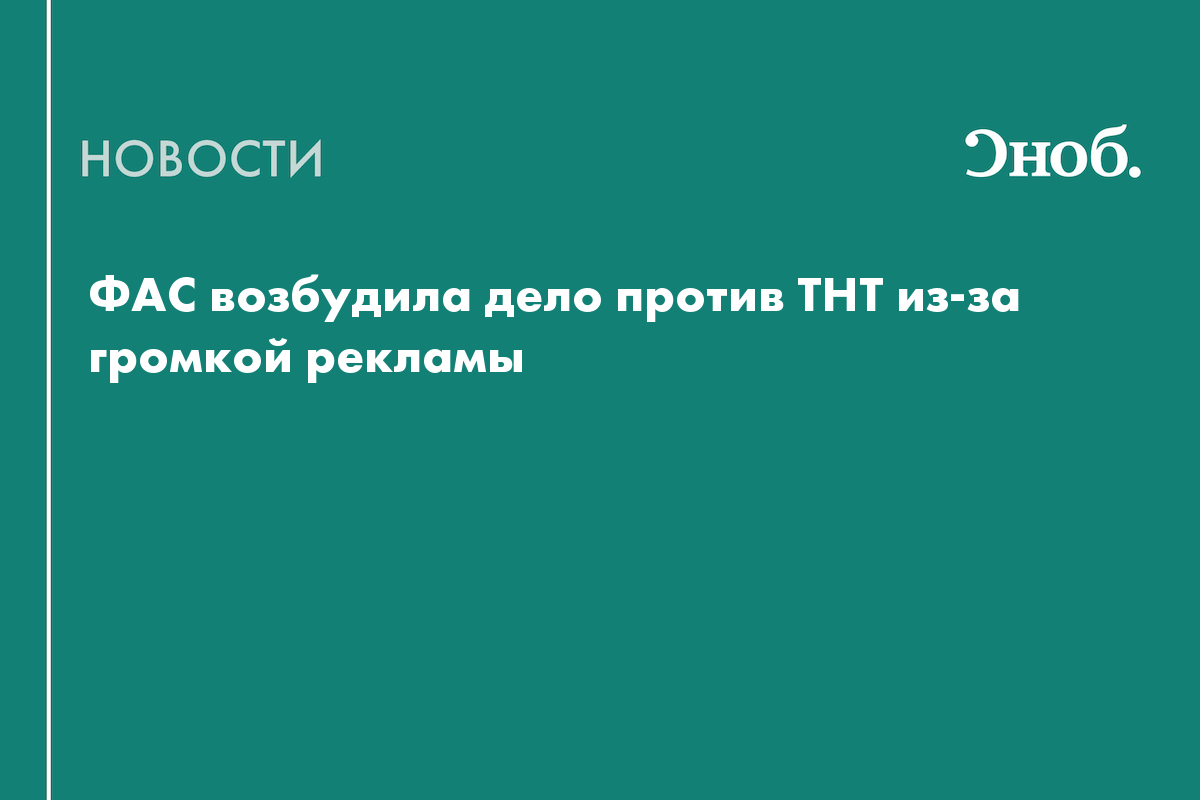 On the air of the TV channel, the difference in the volume of advertising, announcements and TV programs was higher than allowed

A case was opened against the TNT channel due to exceeding the permissible volume of advertising. This was reported on the official website of the FAS.

According to the Advertising Law, it is forbidden to show advertisements on radio and TV, the sound of which exceeds the average volume level of television programs. On the air of TNT, as noted by the Federal Antimonopoly Service, the difference in the volume of advertising, announcements and TV shows was above the permissible level.

Characters of the animated series “Well, wait a minute!” will be used in advertising

If FAS specialists confirm violations on the grounds of advertising legislation, TNT will be held accountable. At the moment, representatives of the TV channel have not commented on the allegations.