There are fewer parasites in the world – is it good or bad?

Recently, scientists have proven that parasites on Earth are getting smaller. To many people, this news may seem good, because it gives hope that in the future, organisms will be much less likely to become infected with vile worms, which we talked about in detail in this material. However, scientists consider this news disturbing, because for all their danger, parasites play a very important role in nature. The authors of a new scientific paper are calling for the protection of parasitic organisms to be as zealous as experts are today protecting large animals like endangered birds. But why are parasitic organisms considered so important, and how did scientists know they were in danger of extinction? Let’s figure it out.

Scientists have declared the extinction of parasites

The rapid extinction of parasites sounded the alarm zoologist Chelsea Wood (Chelsea Wood). As part of her scientific work, she and her colleagues studied fish that were caught at different times in the waters of the Puget Sound inlet system in Washington State. At their disposal were the bodies of fish that swam in the waters of the United States in the period from 1920 to 2019. Studying their organisms, scientists carefully counted the number of parasitic organisms inside – many parasites most often choose aquatic inhabitants as hosts. 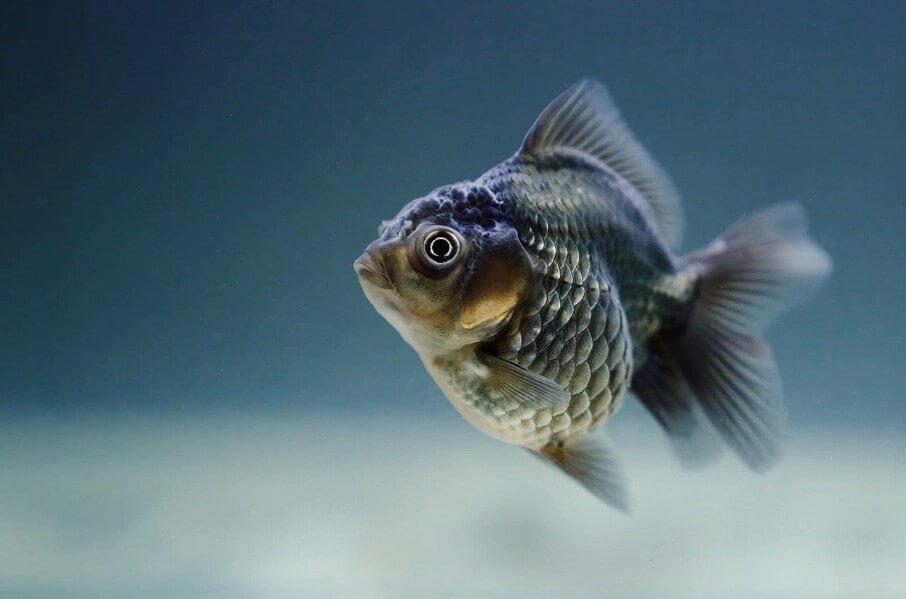 As it turned out, parasites that infect more than three species of animals die out en masse. According to scientists, every decade they become 10.9% less. At the same time, parasites that affect only one species of living beings are currently living well – their number in fish has hardly changed over the past hundred years.

Why extinction specifically affects parasites with three or more hosts, scientists do not know. But in general, they understand the reason for the disappearance of parasitic creatures – the whole point is that the animals necessary for their existence are dying out as a result of global warming. Scientists have known for a long time that many animals are suffering due to the general increase in air temperature in the world. It is especially difficult for fish, because in extreme heat, the concentration of oxygen in the water decreases. Also, researchers have repeatedly recorded an increase in the acidity of the ocean and the bloom of poisonous algae – these factors also lead to the extinction of animals. 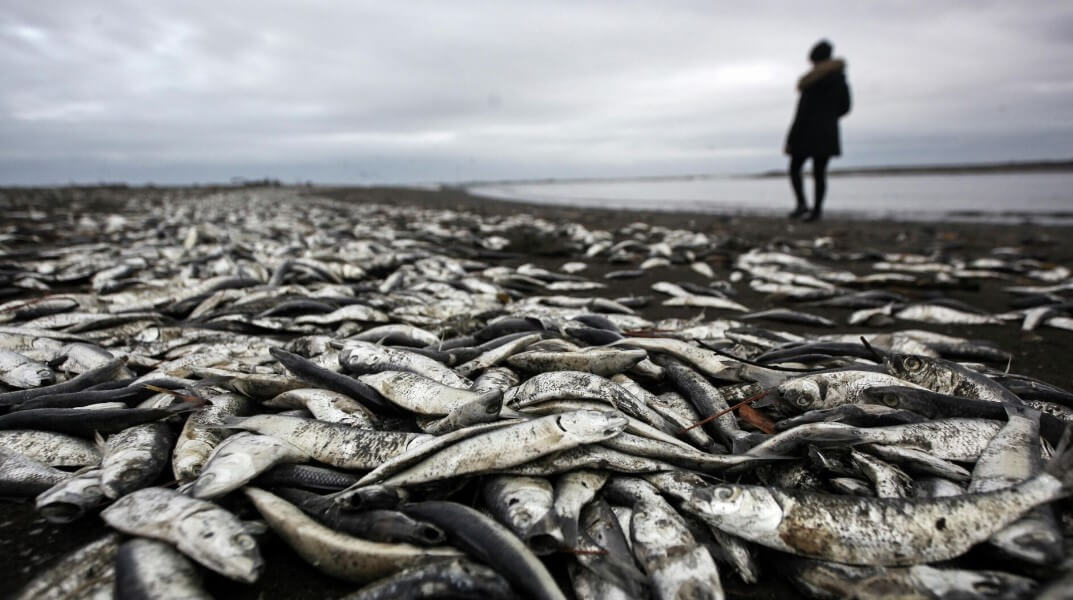 First, fish die out, and then the organisms that parasitize them

Scientists already have examples of how the extinction of certain animals led to the death of the parasites affecting them. So, after a sharp drop in the number of dwarf pigs (Porcula salvania) living only on the southern slopes of the Himalayas, the burnet louse (Haematopinus oliveri). Sometimes people themselves exterminate entire species of parasites – once, in order to increase the population of rare California condors, specialists completely poisoned the California condor louse (Colpocephalum californici). 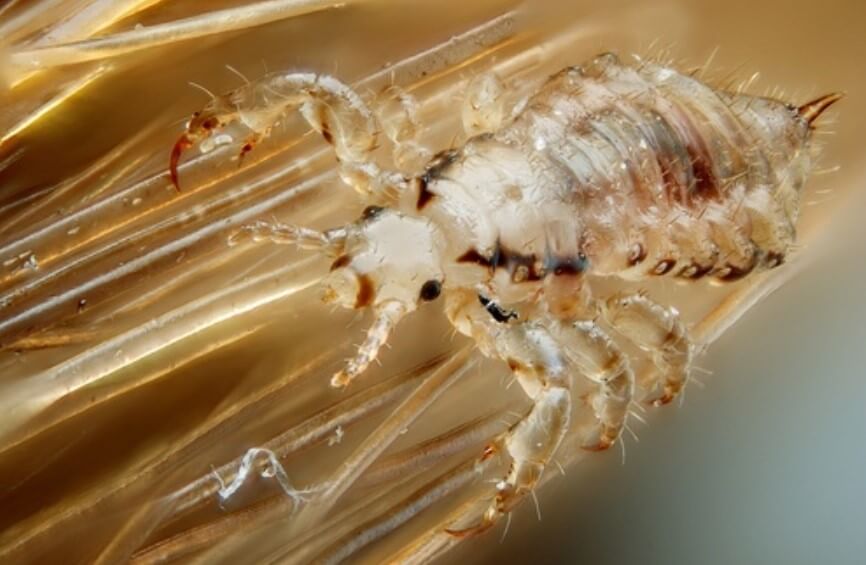 The role of parasites in nature

At the moment, no one is engaged in the protection of parasites from extinction, because they have a very bad reputation. Today, people treat them in much the same way that, until the second half of the 20th century, they treated top predators like wolves and bears. People were afraid of them, so they actively hunted them.

However, when the number of some species of predators fell and they were on the verge of extinction, it turned out that these formidable creatures play a very important role in nature – they make sure that the number of other animals does not exceed certain indicators. In other words, they maintained a balance in nature. 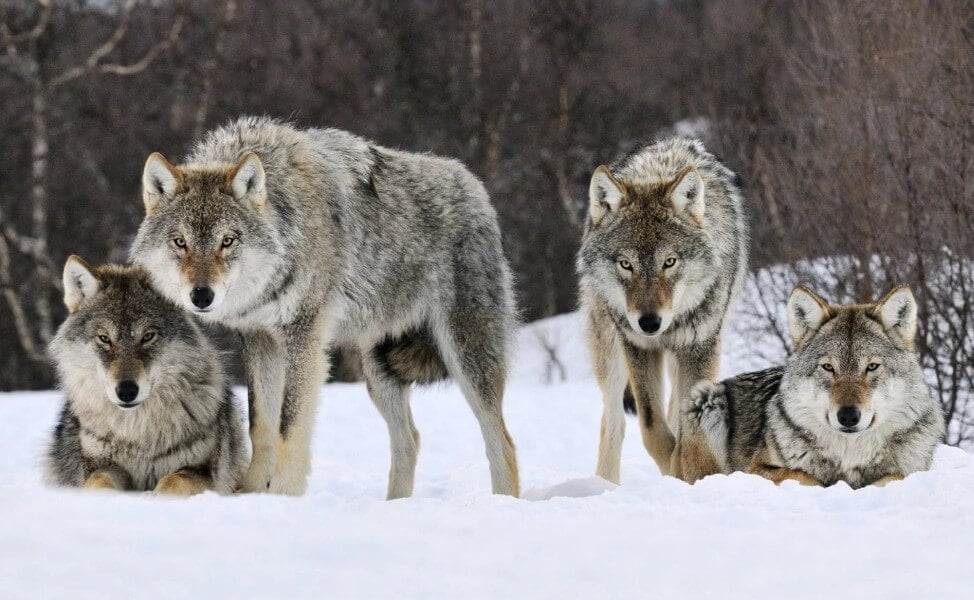 Every living organism in the world has a role to play.

Approximately the same function is performed by parasites. Scientists are sure that their role in nature is so great that they can direct the course of evolution. Once inside animals, parasitic organisms often cause their death – that is, they can also contribute to maintaining the balance in nature. In addition, some types of parasites are able to control the minds of people and animals. Perhaps there is some benefit to the environment as well. 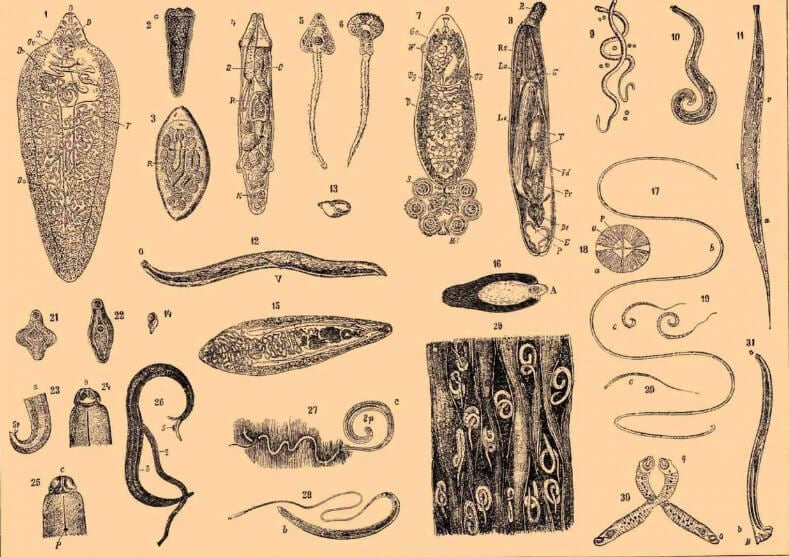 There are a huge number of parasites in the world, they come in different shapes and sizes.

Based on all this, the zoologist Chelsea Wood and her colleagues urge colleagues to protect parasites. They noted that when the number of North American birds began to decline by 6.3% per decade, conservationists immediately jumped into action. Now it has become known that parasites are dying out at an even faster rate, but no one seriously thinks about their protection.

In 2022, our website published a particularly large number of articles about parasites. For example, you can read about creatures that penetrate the human brain and make them more beautiful. But for what?