Thunderstorm snowstorm – why does this mysterious phenomenon occur? 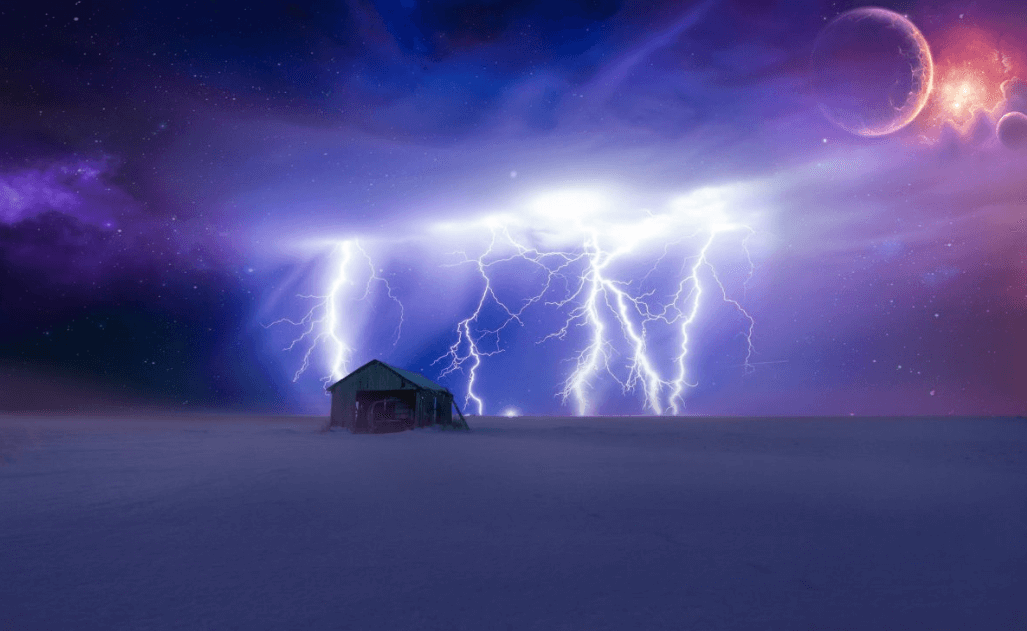 Thunderstorms happen not only in summer, but also in winter

We are used to the fact that a thunderstorm accompanies the heavy rains that occur in the warm season. However, a thunderstorm can be not only in summer, but also in winter during a snow storm. True, the existence of such thunderstorms has become known to scientists relatively recently – in the last few decades. Previously, there were disputes on this subject, some experts argued that thunderstorms in winter are possible, and even claimed to have seen them with their own eyes. Others argued that research in this direction is a waste of money, since there can be no thunderstorms during a snow storm. Modern technologies, including observations from space, helped put an end to this issue. Scientists managed not only to record snowstorms, but also to find out some information about them.

Why does thunderstorms occur?

According to scientists, thunderstorm snowfall occurs for the same reasons as a summer thunderstorm. Humid and relatively warm air near the Earth’s surface begins to rise upward, where it collides with cold air, resulting in moisture condensing. At the same time, it forms clouds filled with supercooled liquid water (small droplets that remain liquid even at very low temperatures), tiny ice crystals and small “soft” hail called “grain”.

This mixture in the cloud can create an electrical charge and cause lightning. However, it is not known exactly how and why lightning occurs in winter. During a winter storm, the air near the ground is very cold, sometimes even below freezing. As it rises into an even colder atmosphere, there is less supercooled liquid water than in summer. But supercooled water is thought to be important for thunderstorms, at least in summer. 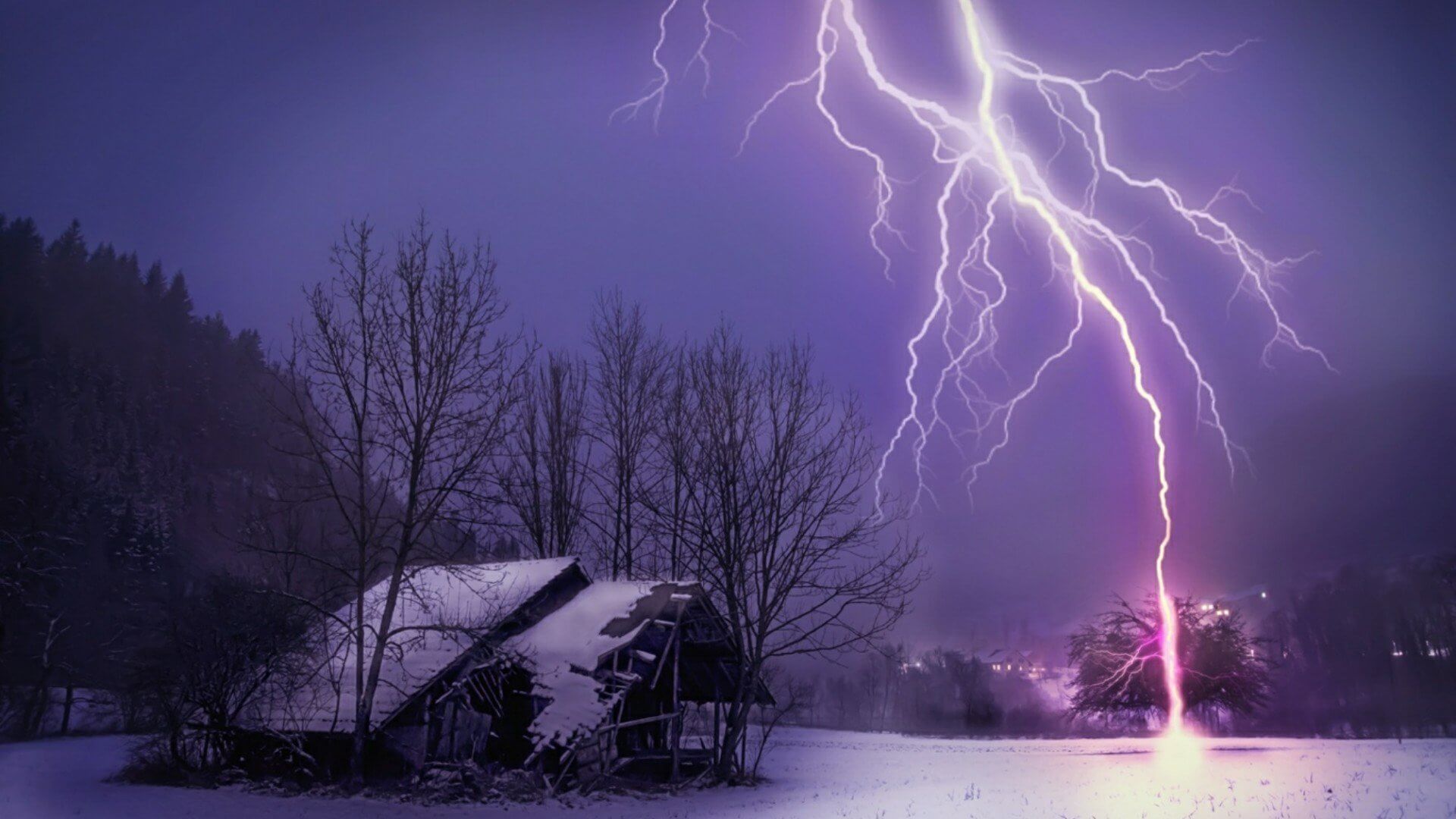 Thunderstorms occur in winter for the same reason as in summer.

True, preliminary studies have shown that supercooled water is not as important for a winter thunderstorm as it is for a summer one. But, again, scientists cannot yet say why. There is also an opinion that the presence of a thunderstorm always indicates heavy snowfall. A study published in 2006 showed that in 86 percent of thunderstorms, snowfall was more than 15 cm thick. This means that the presence of lightning during a snowstorm always indicates heavy snowfall, but does not mean that an abnormally large amount of snow will fall. snow. At the same time, heavy snowfall is also not a mandatory harbinger of thunder and lightning.

Is thunderstorms a common occurrence?

As we said above, a few decades ago, scientists did not know at all whether thunderstorm snowfall existed. Researchers knew about it mainly from the stories of people or themselves became its witnesses. However, it has recently emerged that thunderstorm snowfall is actually a much more frequent occurrence than previously thought.

Why don’t we see and hear thunderstorms in winter? The fact is that in summer, thunder is clearly audible, even if lightning occurs at a great distance from us. But in winter, snow dampens sound waves, that is, audibility becomes very poor. Therefore, thunder can be heard at a distance of no more than a few kilometers from lightning. In the city, the muffled sound of thunder may well be masked by the noise of cars, snowplows, etc. 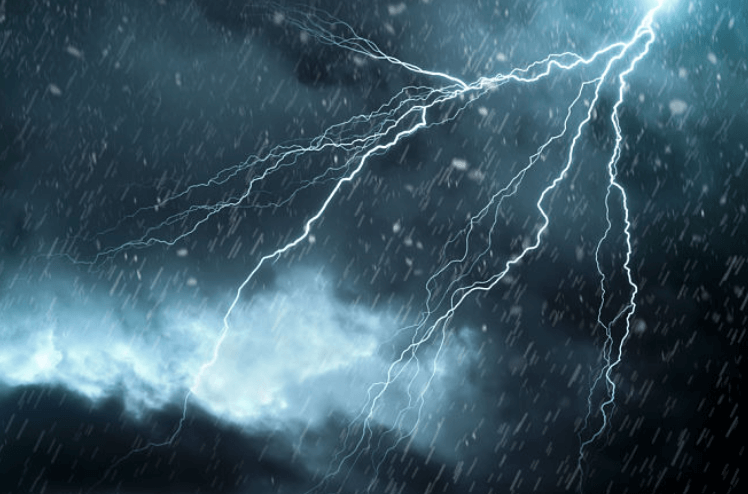 Thunderstorm snowfall is hard to hear and see

Seeing a flash of light in winter during a snowfall is also more difficult than in summer. In addition, it should be taken into account that during a winter thunderstorm there are much fewer flares than during a summer one. Obviously, the length of winter lightning is also less than the summer “giants”. However, flashes can still be seen at night. Although the author of these lines has seen winter lightning only once in his life.

Over the past decade, scientists have become much more likely to record thunderstorm snowstorms. All thanks to the fact that thunderstorms can now be observed from satellites. In addition, modern sensors make it possible to detect the occurrence of thunderstorms on Earth as well. Therefore, in the near future, scientists will probably be able to learn more about this phenomenon. 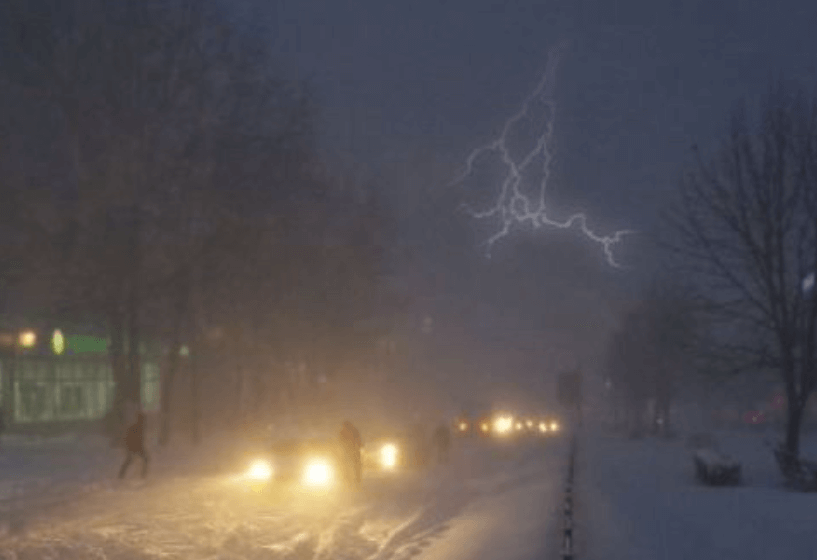 Snowstorms are very rare in Moscow and St. Petersburg

Where do winter thunderstorms occur most often?

In Moscow or St. Petersburg, winter thunderstorms are extremely rare. If you want to see it with your own eyes, it is better to go to the Krasnodar or Stavropol Territory. They are also a frequent occurrence in the Caucasus. In these regions, they occur several times a season.

Why do snowstorms occur frequently in different regions, but not in others? The main condition for the occurrence of thunderstorms are large temperature differences in different layers of air. Most often, cold air “floats” on the warm layers near the surface of the earth in these regions. In Moscow and St. Petersburg, respectively, the air temperature is more uniform. Finally, we recall that lightning occurs not only near the surface of the earth, but also at the border of our atmosphere and space at an altitude of even 100 km. Their existence became known only recently.