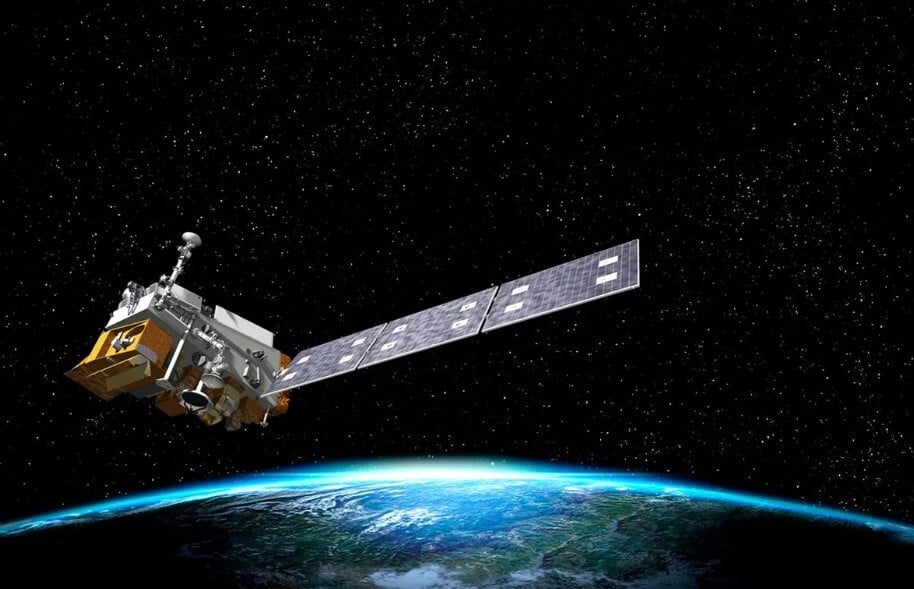 The face of the planet Earth is constantly changing, because people regularly build new buildings and even entire cities. Also, do not forget about natural factors: forest fires, melting glaciers, algal blooms and other phenomena also affect the appearance of our planet. Scientists monitor all these changes using near-Earth satellites – in 2017, employees of the National Oceanic and Atmospheric Administration (NOAA) began to monitor natural phenomena using the NOAA-20 satellite, and five years later the system was supplemented by the NOAA-21 apparatus. Recently, a new satellite shared fresh images of the Earth – what did our planet look like at the end of 2022? Let’s find out.

New photos of Earth from space were taken by the NOAA-21 satellite between December 5 and 6, 2022. The spacecraft used the built-in Visible Infrared Imaging Radiometer Suite (VIIRS) instrument, which takes photos in the visible and infrared light spectra. Thanks to this, experts see everything from the current state of the oceans to changes taking place on land. For example, a satellite can give timely indications of the onset of algal blooms or the formation of dangerous storms.

Photos of Earth from space in 2022

The image below shows a photograph of the current state of the Earth. The picture was glued together from several large frames, so tearing is visible on it. This picture is not much different from photographs of our planet taken in past years: Africa, Eurasia, Australia and other continents are in their usual places. However, if you zoom in, you can clearly see that some changes are happening to the environment in 2022 and even now. 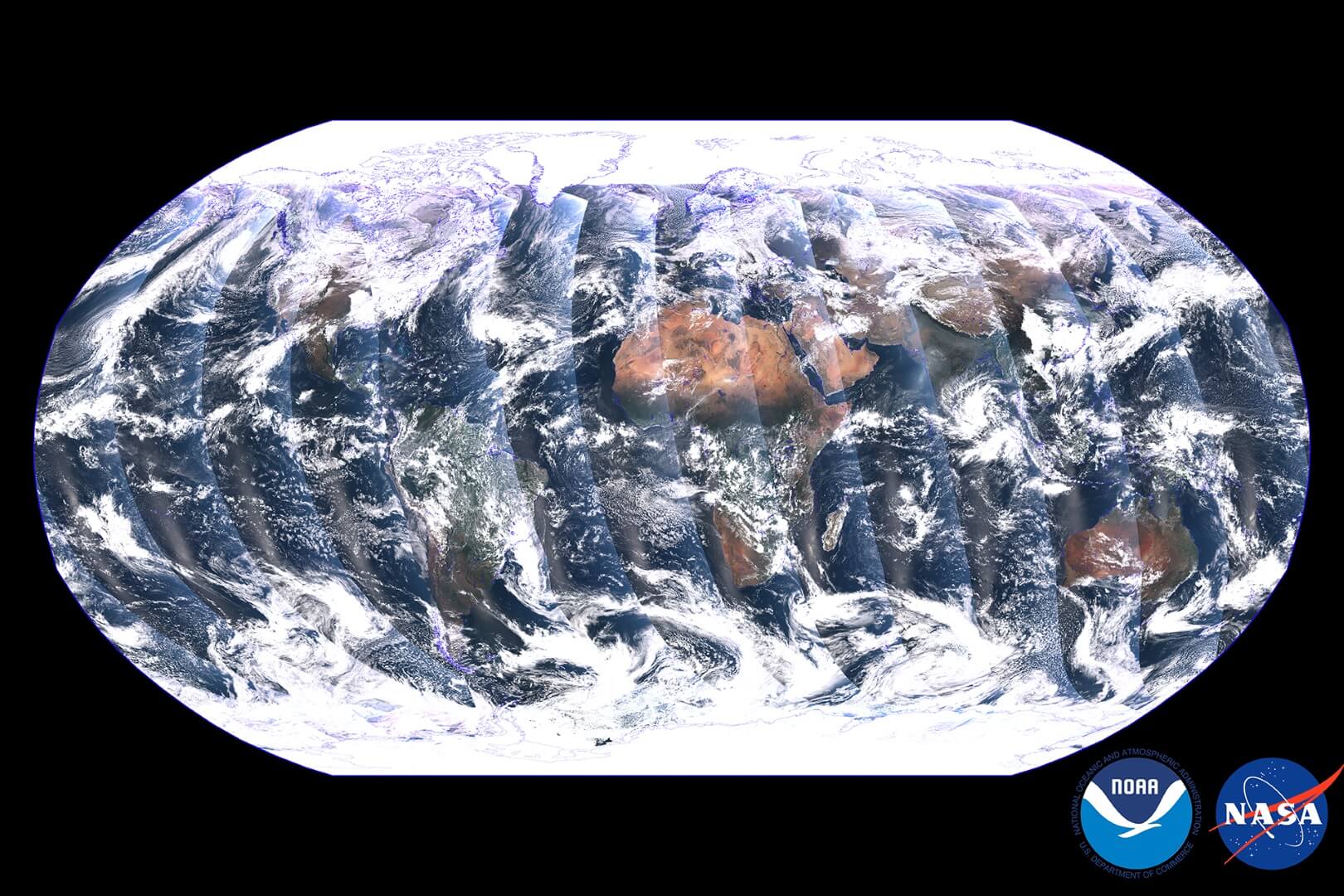 The image below is doing well – it shows the color of the water at the southern tip of Florida and the Caribbean. 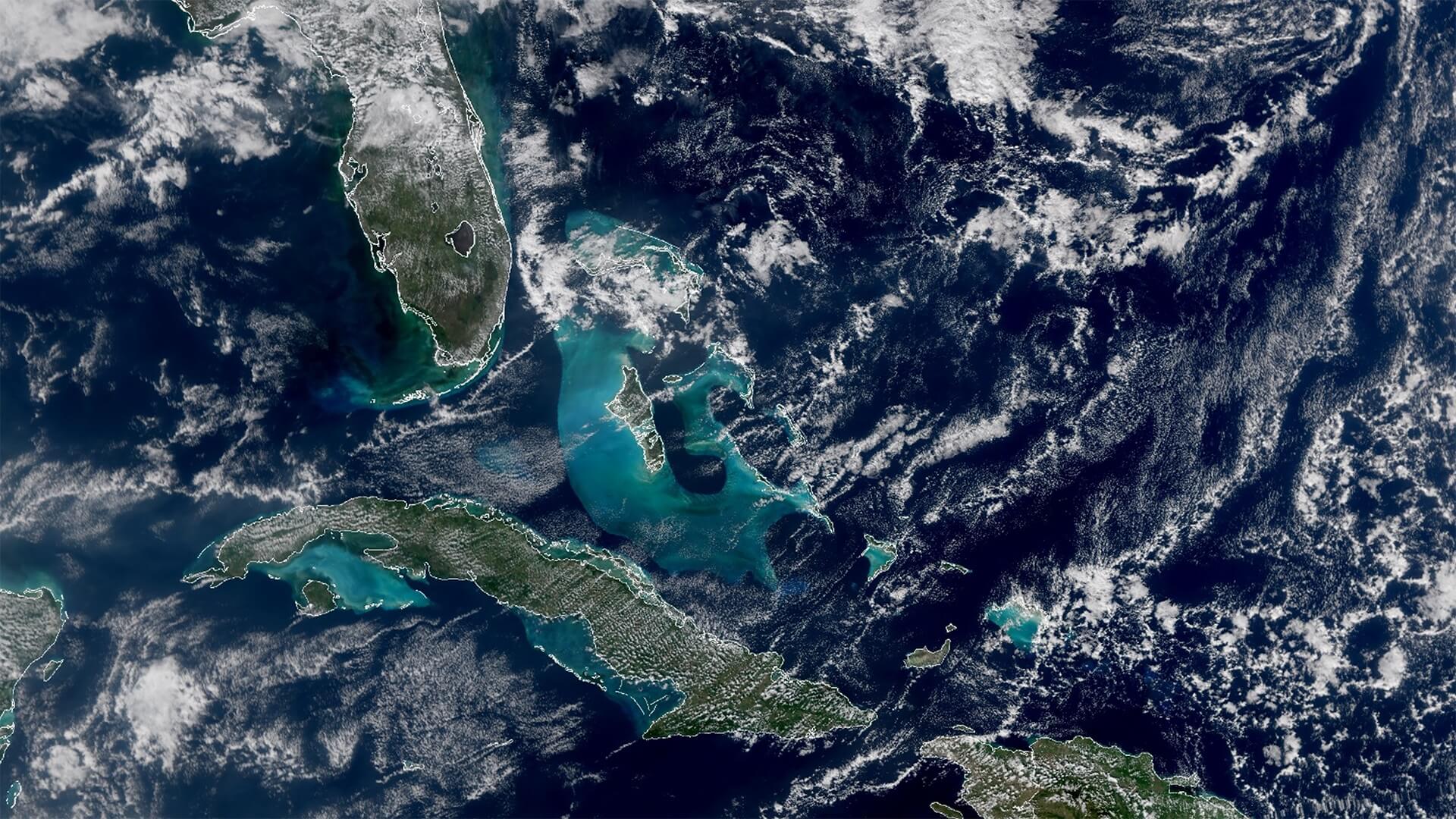 Turquoise waters of the Caribbean

However, due to rising air temperatures around the world, blue-green algae are blooming in the waters of some regions – you may also know them under the name cyanobacteria. Their flowering is dangerous for both humans and animals, because when they enter the body, they begin to release toxic substances. In particular, we are talking about liver-damaging hepatotoxins and neurotoxins that destroy the nervous system. In 2019, cases of death of dogs from cyanobacteria were recorded.

Another enlarged photograph of the Earth shows northern India, as well as part of the Himalayas and the Tibetan Plateau. In December 2022, when the pictures were taken, the area was covered in thick smog from agricultural fires. 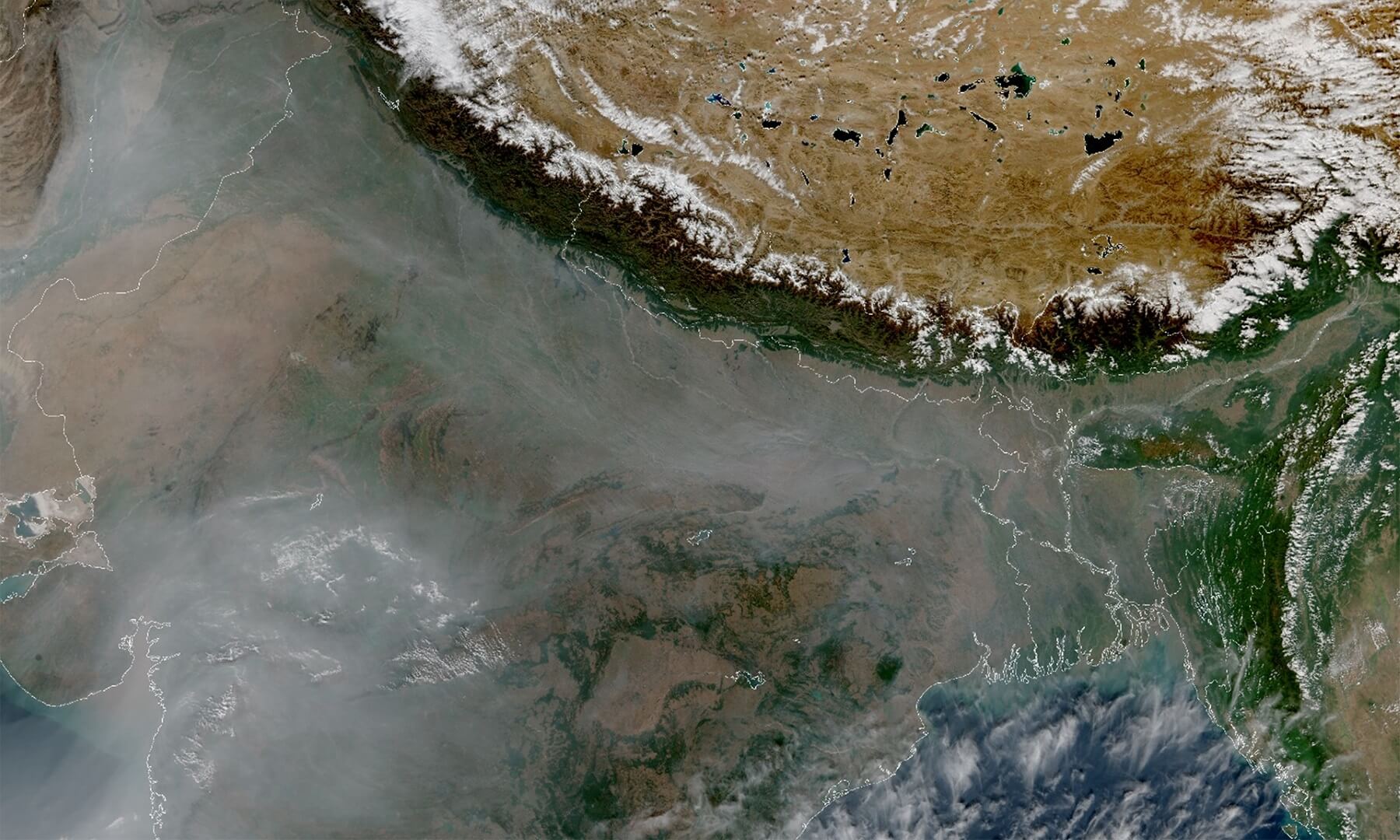 Smog over cities occurs not only as a result of fires. Sometimes a thick veil of air rises due to the movement of a large number of cars, the operation of factories and disasters. Smog can contain carbon dioxide and carbon monoxide, as well as ozone, gasoline fumes, and particulate matter such as dust, ash, and sand. In large quantities, all these substances pose a great danger to human health. Not only can they settle in the respiratory organs, they can also penetrate the bloodstream and spread to all other internal organs.

What satellites take pictures of the Earth

With the help of satellites NOAA-20 and NOAA-21, American experts predict the occurrence of hazardous natural phenomena. It is hoped that due to the constant monitoring of changes in the environment, it will be possible to avoid human losses and economic losses. Near-Earth satellites move from pole to pole, observing the entire surface of the Earth twice a day. They are at an altitude of 824 kilometers and move at speeds up to 27,360 kilometers per hour. 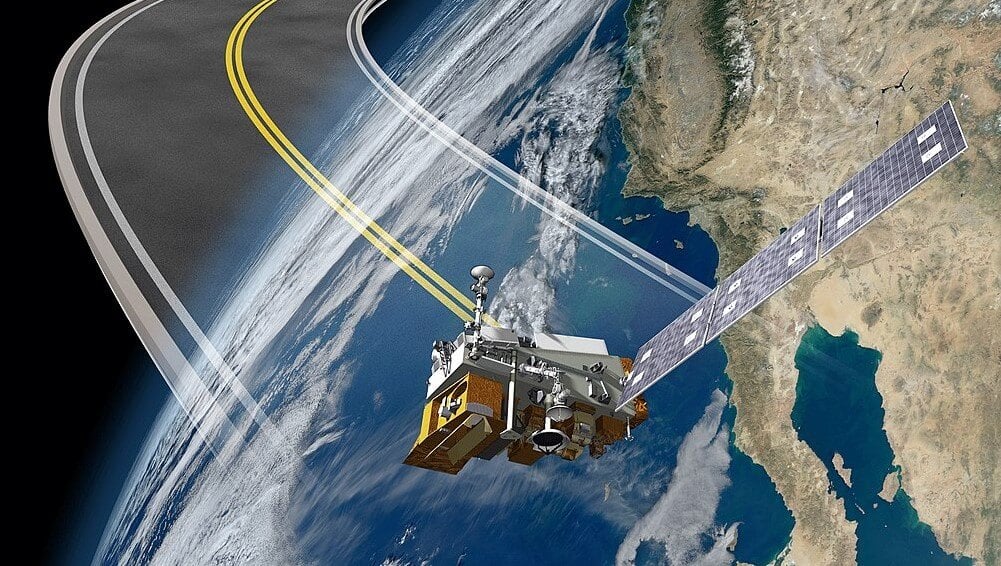 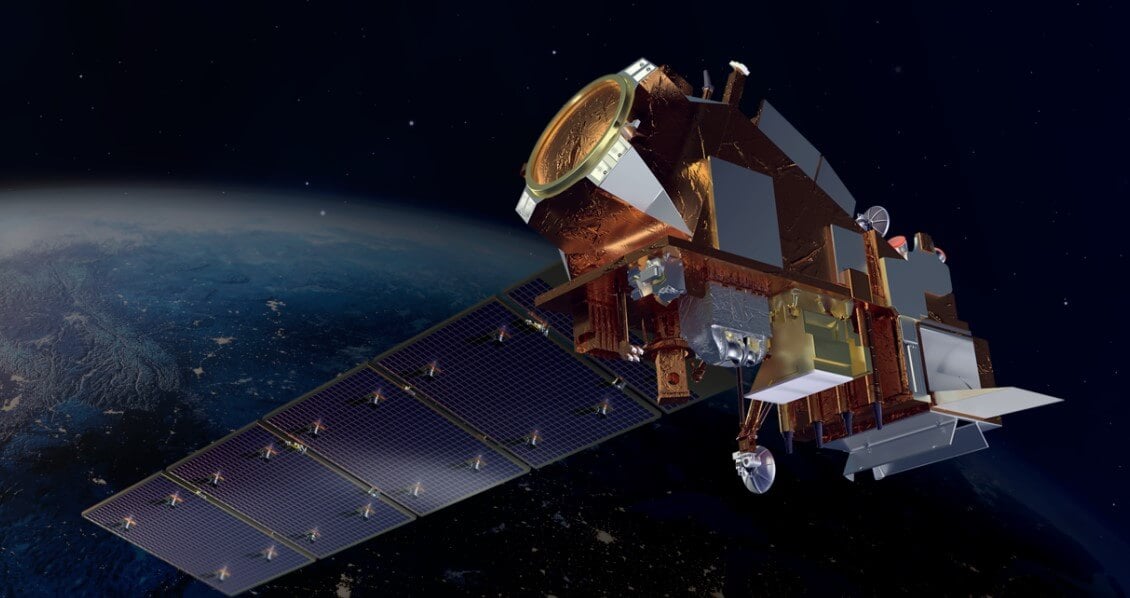 New photos of the Moon and Earth

Finally, it is worth noting that recently a picture of the Earth from space was sent by the first South Korean satellite Danuri. Flying over the Moon at the end of December 2022, he captured its surface – in the distance, in the background, our planet is visible. In February 2023, the device will begin building a map of the earth’s satellite, which will be needed for planning future missions. 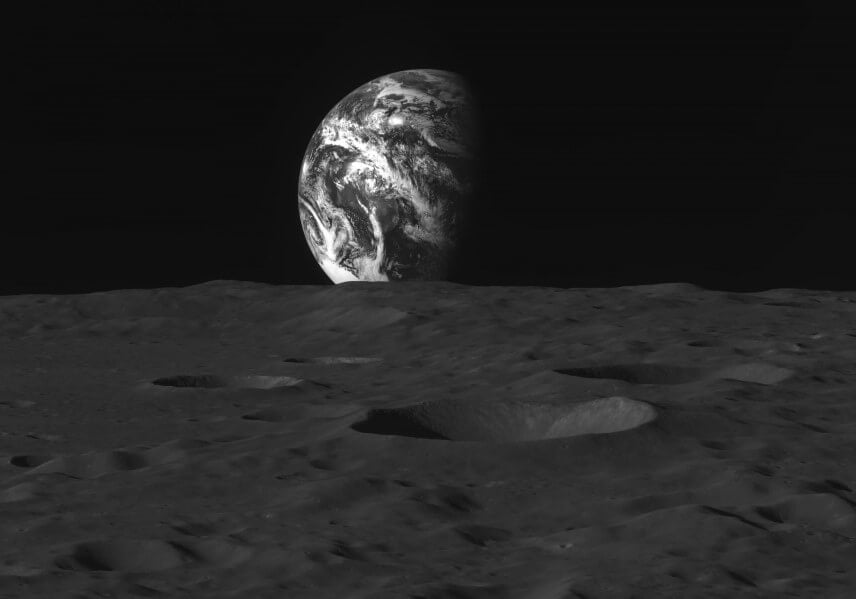 Photograph of the Moon and Earth taken by the Danuri satellite 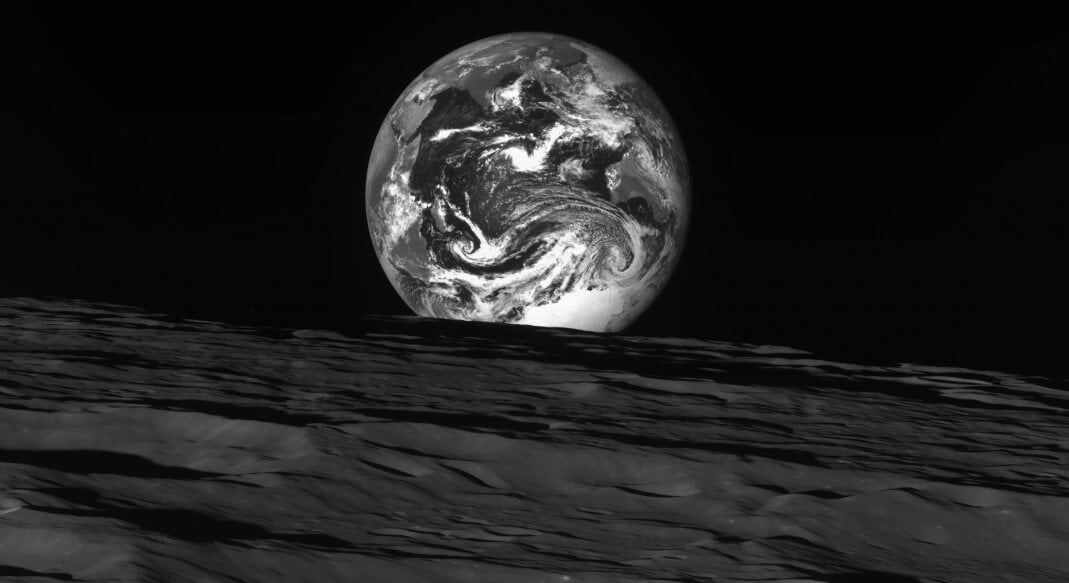 Photograph of the Moon and Earth from a different angle

If you want to know what the Earth looked like in the 20th century, we recommend reading this article. In it, we talked about the update of the Google Earth service, which gives a glimpse of how deforestation and climate change have affected the face of the Earth. After what you see, you must be shocked at how a person affects the appearance of the planet. And this process happens at lightning speed.