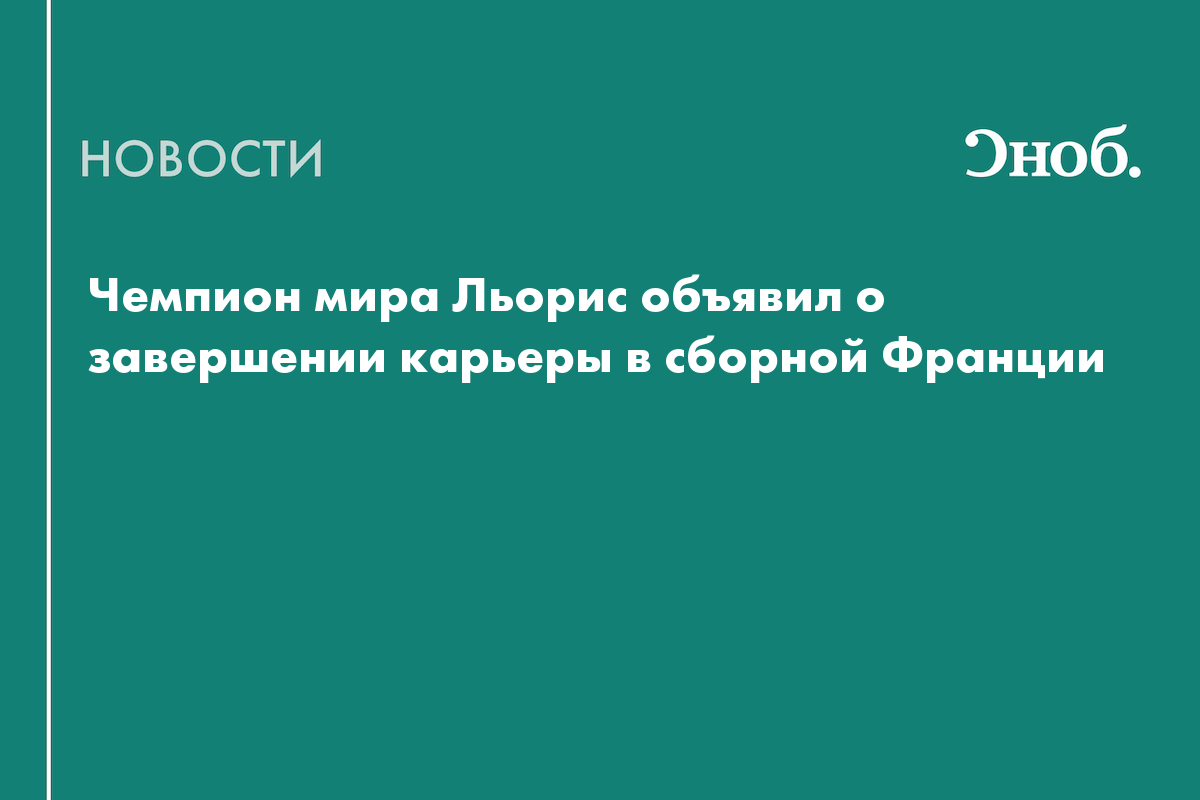 He has been playing for the French national team since 2008.

Lloris explained his decision by the fact that it is preferable for him to end his career at the peak than to wait for his own speed to drop or too much competition. “I also feel the need to spend more time with my wife and children,” said the goalkeeper.

According to Lloris, the team has a goalkeeper who can replace him.

Hugo Lloris has been playing for France since 2008. In total, he has 145 matches in the team.