Growing demand for home solar power plants in Germany could boost Solarwatt’s revenues by more than 50% this year to 500 million euros ($538 million) and boost them to 1 billion euros in 2025, its chief executive told Reuters. 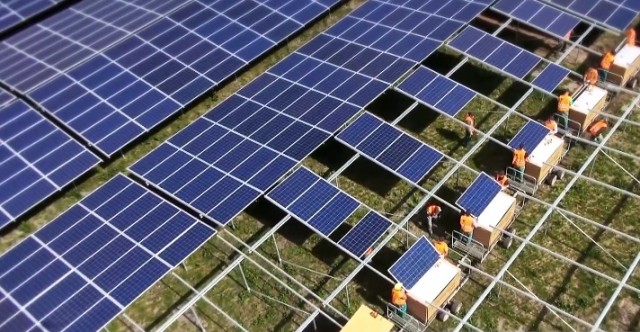 “Growth is strong and healthy,” Detlef Neuhaus said in an interview, adding that profitability should be achieved this year.

By installing solar panels, batteries and heat pumps, homeowners are seeking to cut their energy bills after a price spike last year when Russia cut fossil fuel exports to the West.

“We are a lifetime supplier for people who want to become renewable energy independent,” Neuhaus said.

Solarwatt offers high quality rooftop photovoltaic systems that can be combined with batteries and energy management devices or from other suppliers.

In doing so, the company hopes to reduce its exposure to cheaper Asian competitors, which have brought down some other German companies over the past decade.

In addition to saving money, Neuhaus says homeowners want to reduce their environmental impact, not only in how they power and heat their homes, but also in how they drive their electric vehicles.

“This is logical given that home solar production costs between 10 and 12 cents per kilowatt hour (kWh) and purchasing from a utility costs 45 cents,” he said.

One problem, however, is the lack of spare parts and labor.

In addition, customers who need the entire solar value chain with panels, battery, heat pump and digital control may have to spend several tens of thousands of euros before they can throw away their gas boiler.

The message In Germany, the demand for home solar power plants has skyrocketed appeared first on TEKNOBLOG.