How to get rid of bad habits once and for all? 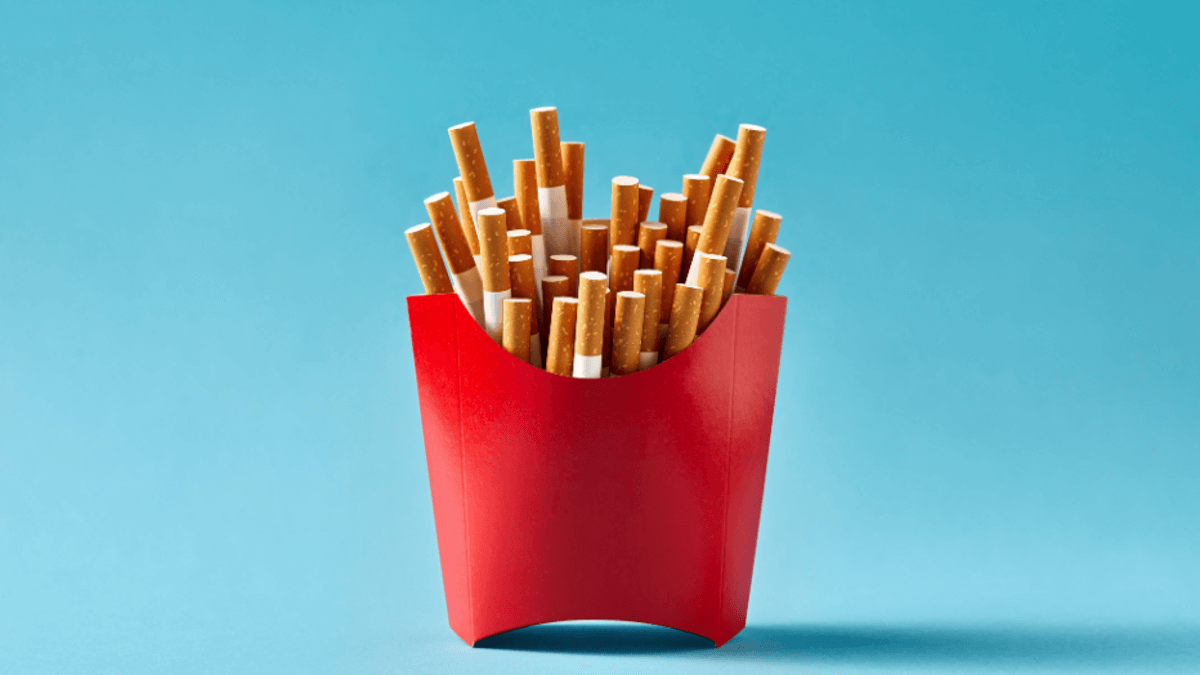 Scientists suggest rethinking ways to get rid of bad habits

According to the World Health Organization (WHO), the average life expectancy in the world in 2022 was 72.98 years, with the highest being 89.52 years and the lowest being 53.65 years. In Russia, according to the head of the Ministry of Health Mikhail Murashko, this figure is 72.4 years. At the same time, among the factors responsible for life expectancy, researchers distinguish not only social and medical conditions. Thus, air pollution annually claims at least 7 million lives, and this figure is constantly growing. But despite our obvious desire for a long and healthy life, we often rob ourselves of precious time. Habits such as smoking, sedentary lifestyle, eating unhealthy food and drinking adversely affect health, and it is incredibly difficult to get rid of them. But is it possible to pull yourself together and replace bad habits with good ones? And if so, how?

How habits are formed

The Internet is full of information about self-control, thanks to which you can get rid of bad habits. But is it really so? And if so, why is it so difficult to pull yourself together? Since the doctrine of self-control has been proclaimed for decades, researchers have tried to figure out whether it works and how else you can get rid of bad habits.

To understand exactly how certain habits are formed, researchers advise identifying factors that encourage us to certain behavior. As a rule, they are repetitive actions performed “on the machine” and activating the so-called brain reward system. This system, as you know, appeared in the course of evolution and was necessary for the survival of our species.

The reward system is a series of brain structures connected by nerve cells that “communicate” with the help of dopamine.

The feeling of hunger, for example, disappears after eating, as a result of which we experience pleasure (for which, by the way, we are ready for a lot). The same mechanism works in reverse – we avoid everything that can cause trouble, such as stress.

Researchers also identify three main factors contributing to the reward system − “trigger”, “behavior” and “reward” – they appear every time we try something tasty or light a cigarette. This is especially noticeable at work – every time we try to distract ourselves from a tedious task, we switch to a variety of distractions that ultimately turn into unhealthy habits.

Does self control work?

But why, despite the goal, for example, to lose weight or quit smoking, does it not work out to get rid of the habit? Self-control, designed to help in this difficult struggle, rarely works in real life, as we lose sight of something important – learning certain skills is based on reward, not behavior (when the behavior is pleasurable, we remember this and continue in that the same spirit). 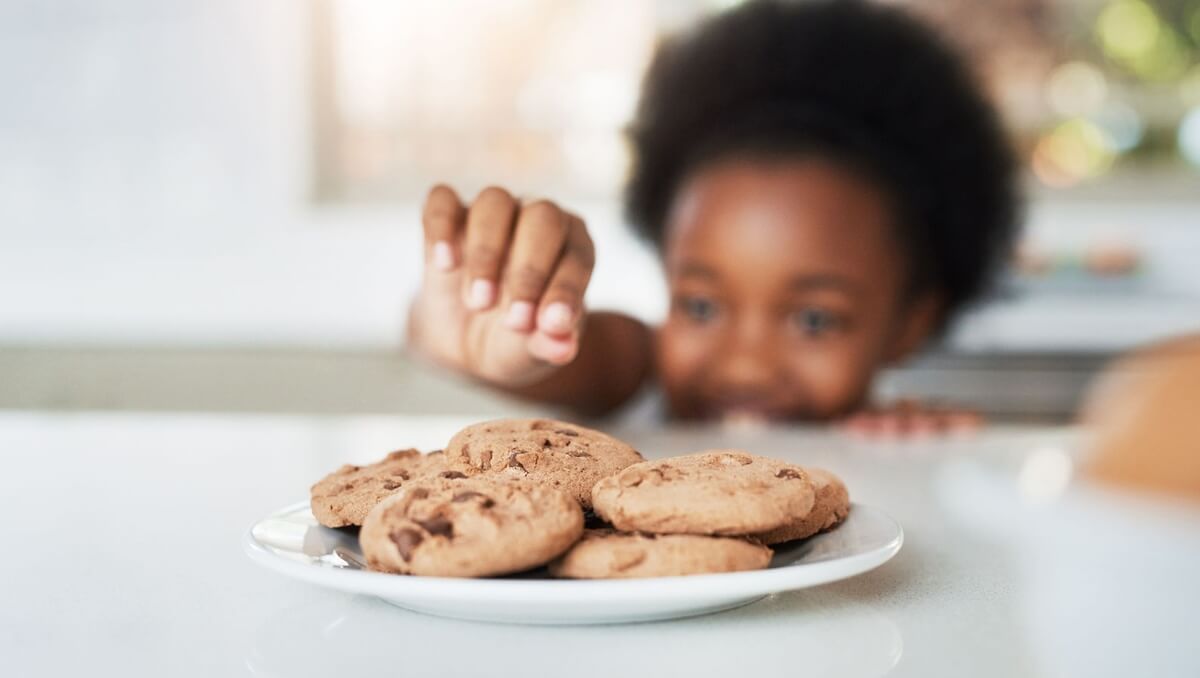 It is not easy to control yourself, especially when there is something delicious in front of your eyes.

Addiction psychiatrist and neuroscientist Jud Brewer has studied habits for over 20 years and concluded that the only way to get rid of them is mindfulness. Once a person pays attention to their actions and behavior, it becomes easier to change the associations with the desired “reward”.

When someone joins our Quit Smoking Program, the first thing I ask them to do is pay attention to how it feels while smoking. More often than not, patients look at me in bewilderment, as they expect me to tell them to do something, such as getting a nicotine patch or chewing gum from a pharmacy. But since it is the “reward” that determines future behavior (and not the behavior itself), I ask patients to pay attention to the taste of tobacco and the sensations while smoking. The goal is to make the person realize “the value of the reward” they get from the habit, Brewer writes.

When we see the same action happening over and over again, the value of the habit decreases and it ends up not being as enjoyable as it seems. Brewer cites the example of one of his patients who, as a teenager, believed that smoking made her cool. That motivation dissipated as she got older, but her brain still associated positive feelings with smoking. Consequently, the value of the reward was high.

When the same client began to pay attention to the process of smoking itself, she realized that cigarettes tasted unpleasant, and the smell resembled expired cheese. It helped her brain update the reward value of the habit by getting accurate information about what it’s like to smoke right now. Ultimately, this realization helped her not only quit smoking, but also completely disillusioned with the process itself. 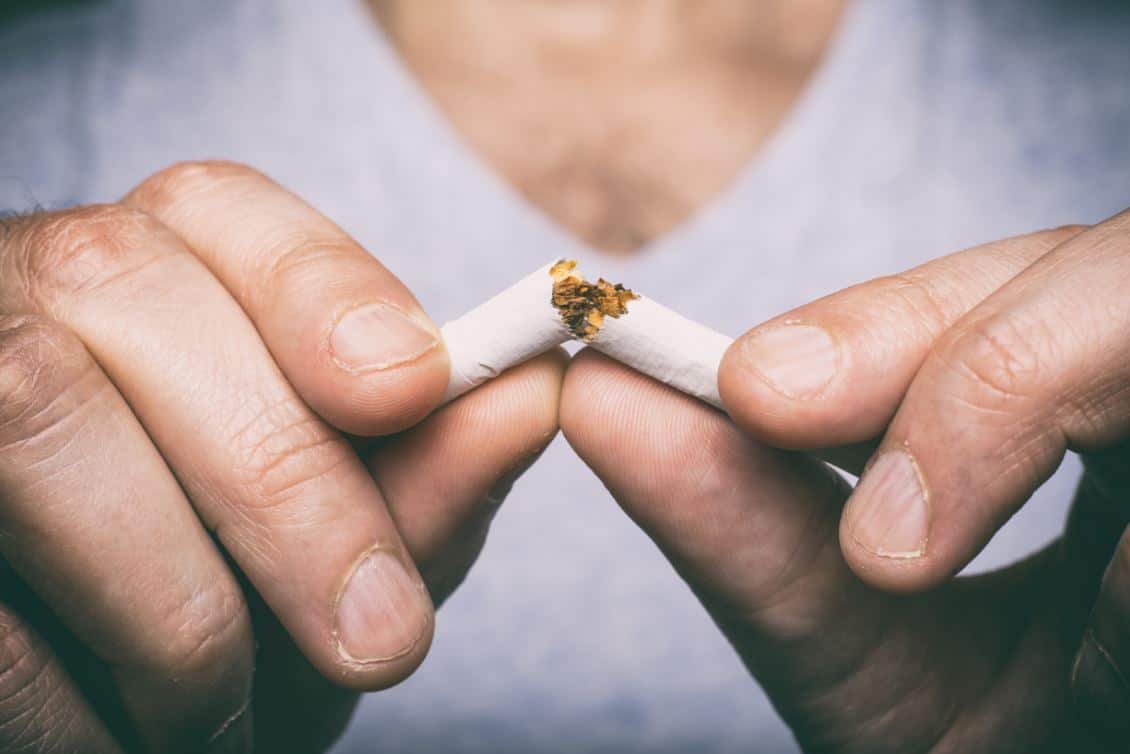 Smoking is not only a habit, but a real addiction

Seeing that this practice had helped many patients, Brewer and his colleagues decided to give it more attention, and as a result they developed three mindfulness apps. So, with the help of short consecutive lessons (a course of three to four weeks), many patients were able to get rid of bad habits including smoking, overeating and anxiety (which, oddly enough, are due to the same habit cycles as the other two types of behavior) .

Ultimately, tens of thousands of people around the world used the application, after which Brewer and colleagues published a series of studies demonstrating significant, clinical results. So, with the help of the application, five times more people were able to quit smoking (compared to standard methods), and 40% of users experienced less food cravings and 63% less anxiety. 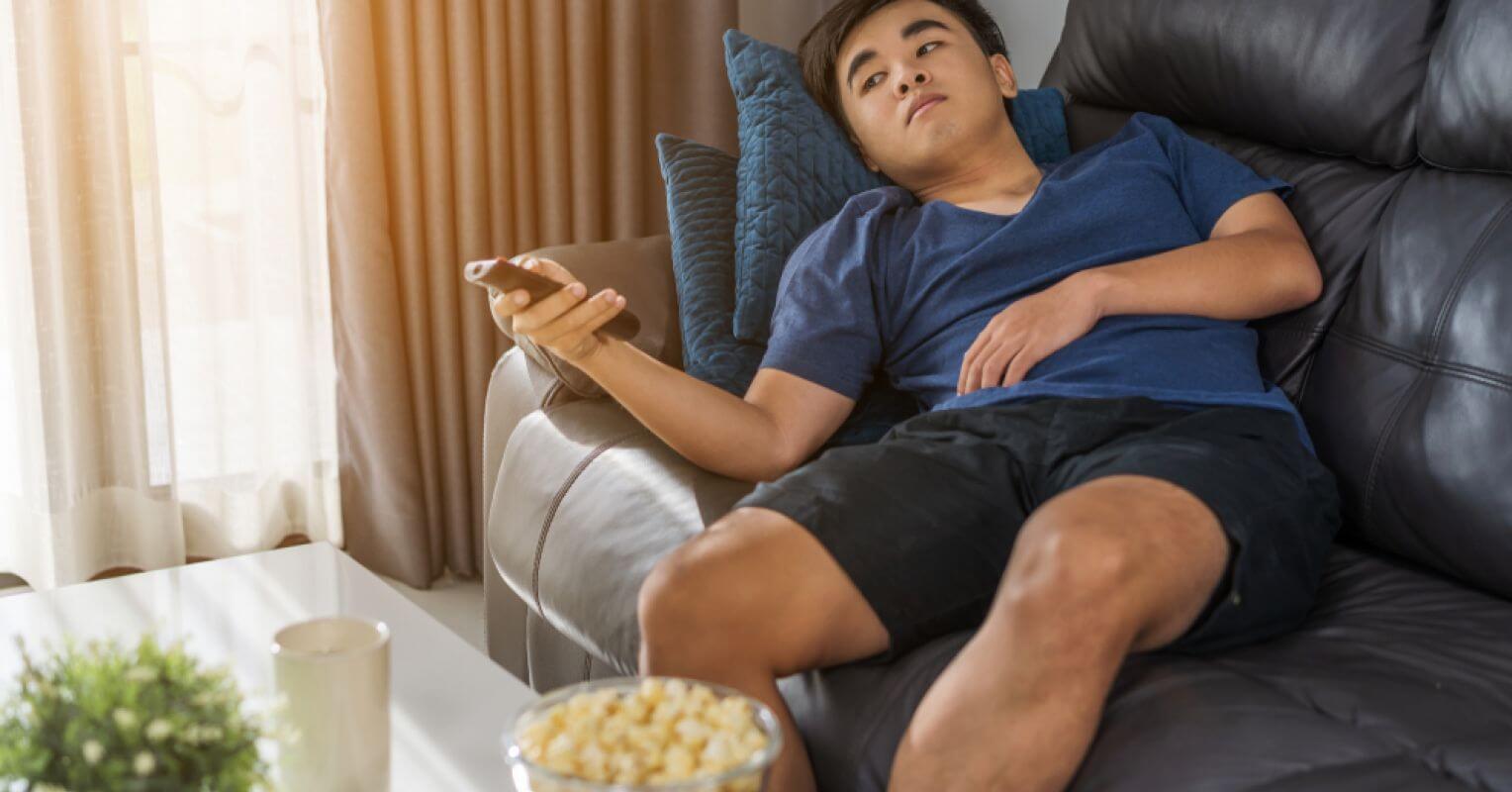 Habits may vary. Dependence on series, for example, one of them

Although the research focused primarily on changing habits, the strategy developed by the authors can help increase productivity, boost morale, and teach how to deal with addictions.

How to get rid of a bad habit

Knowing your own triggers helps you avoid them. So, if you smoke, it will not be out of place to get rid of ashtrays and items associated with this process. Experts point out that lifestyle changes can be an ideal opportunity to break bad habits. But what is especially interesting is that if you suppress thoughts about a habit, it will be much more difficult to get rid of it.

As previous studies have shown, the more you suppress your thoughts, the more likely it is that the addiction will return in the future. A 2008 study published in the journal Appetite found that those who suppressed their thoughts about chocolate cravings ate more of it than those who didn’t. 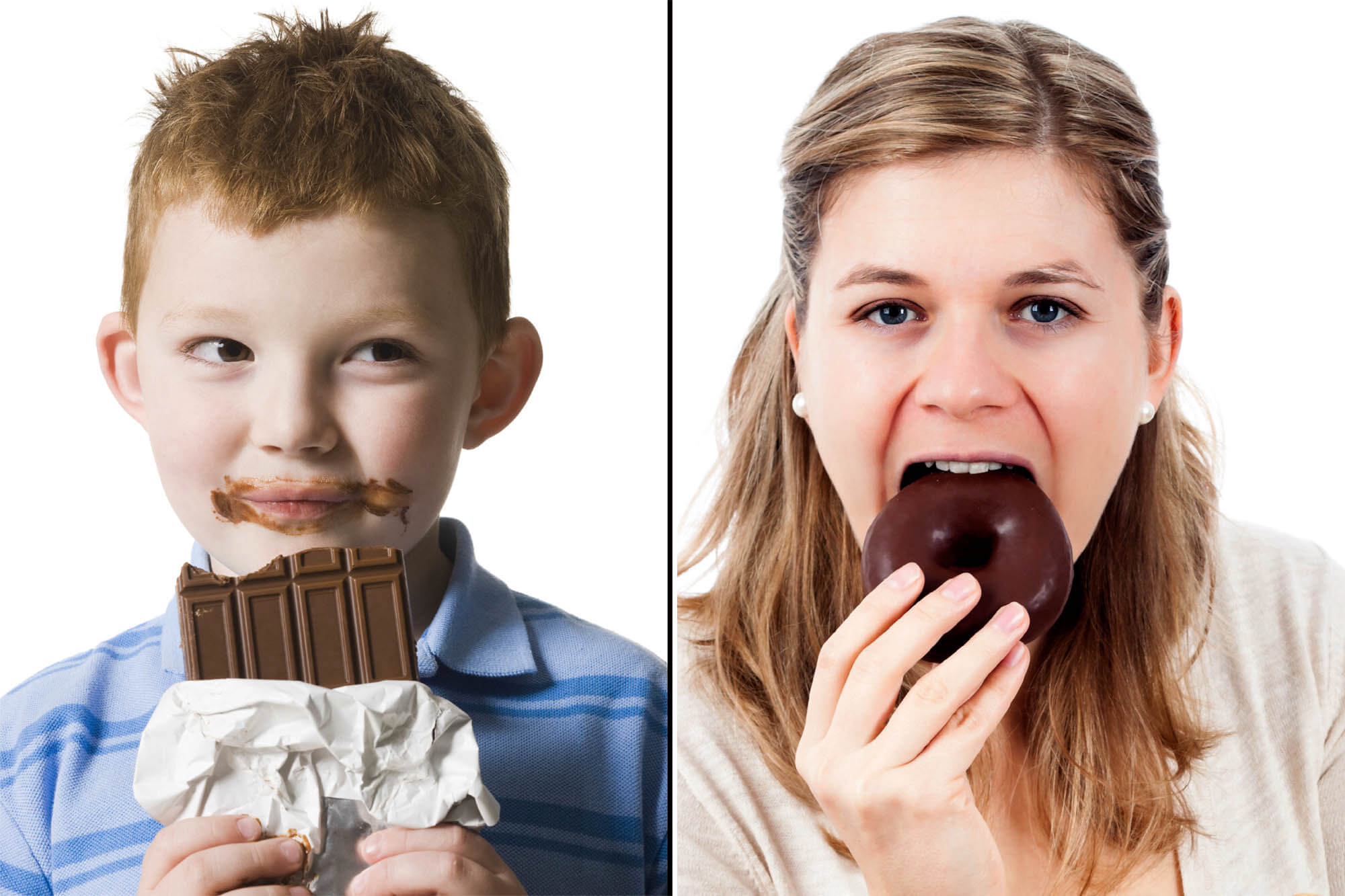 Giving up chocolate is hard.

Similarly, a 2010 study published in the journal Psychological Science found that smokers who tried to hold back thoughts of smoking ended up thinking even more about it. So, if you are a smoker and constantly tell yourself not to smoke, the brain still hears “smoke”.

The first thing Brewer advises to do is to identify the triggers that contribute to the habit (no matter what). If the habit is, for example, procrastination or eating, pay attention to the surrounding circumstances that promote the habit. Are you working on a big project but want to avoid it? Or are you too busy to deal with difficulties? 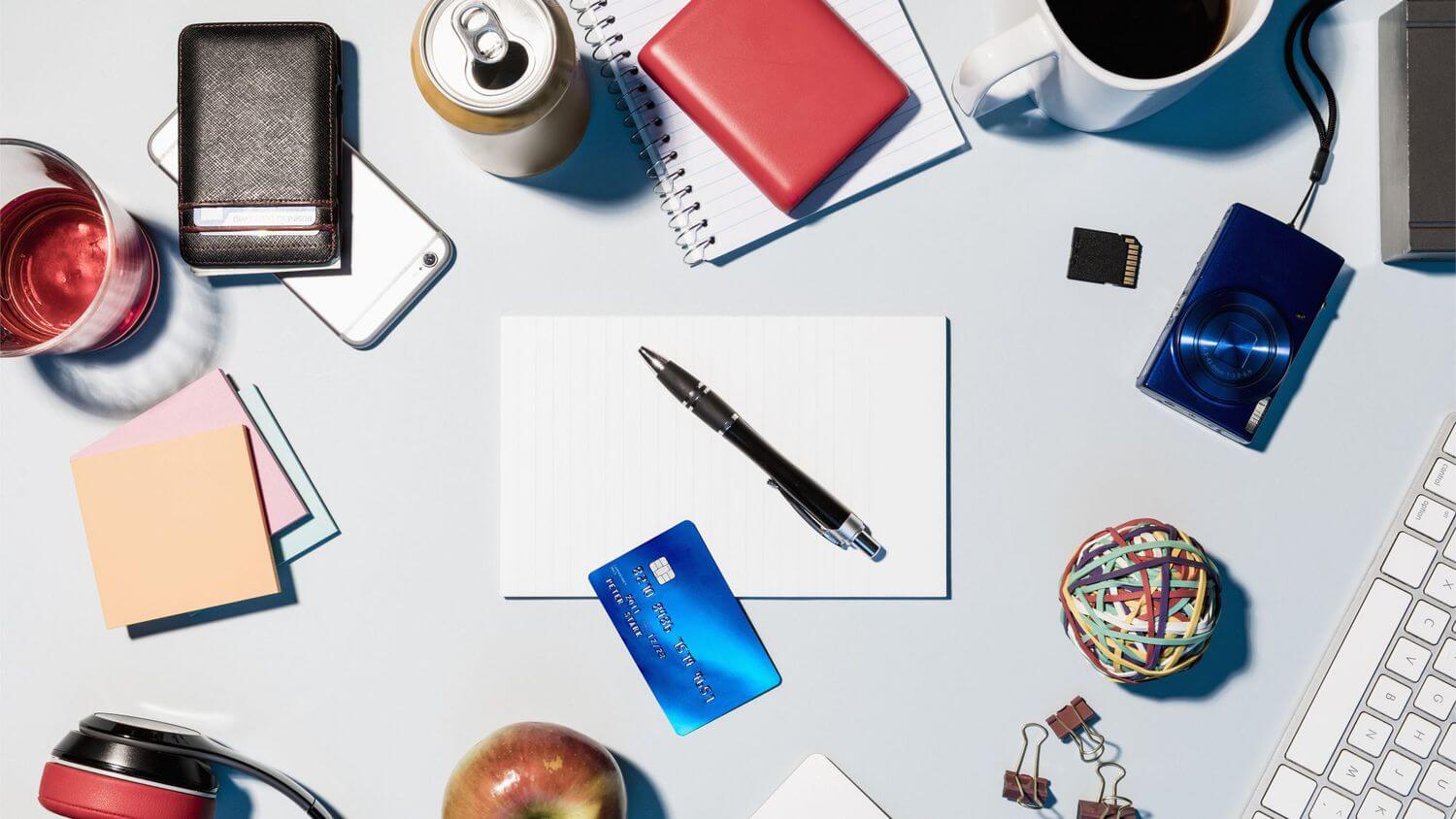 How often do you put things off the table?

After you define your own triggers, try defining behavior patterns: To kick a bad habit, you need to be clear about the actions you are taking for comfort or peace of mind before you can appreciate the value of the reward.

The next step is to clearly link the action and the result. Just as Brewer helped his patient to stop smoking by drawing her attention to the process itself, you should pay close attention to the feelings and sensations when you indulge in harmful pleasure. So, if you’re stressed about eating junk food, think about the effect that junk food has on your mind and body fifteen minutes after eating.

And if you, for example, scroll through your social media feed instead of work, think about how useful it is at the moment (especially when you realize that this does not help the workflow). Memorize your answers to these questions or write them down so that they become fixed in your mind. 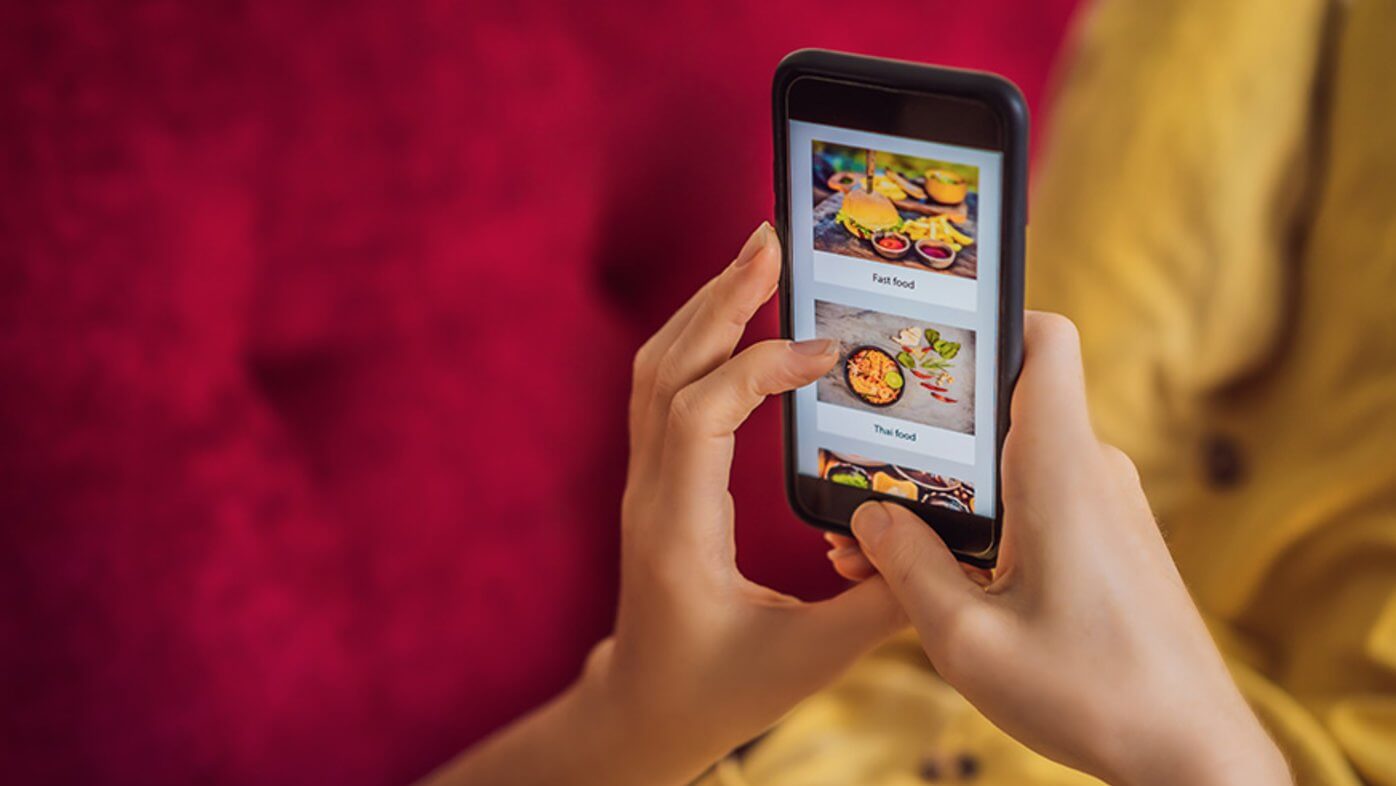 The consequences of bad habits must be consciously assessed

This new awareness will help your brain accurately update the value of the reward for the habit you want to break. Simply put, you begin to see that “X” behavior leads to “Y” consequences, and these consequences often prevent you from reaching your full potential.

The final step to building sustainable, positive habits is search for a new award, which will do more good than the existing behavior. This is because our brain is always looking for the best deal. Imagine that you are trying to get rid of a bad habit, like smoking, and self-control does not help. Instead of indulging your weakness, think about why you are experiencing this craving in the first place and how it affects how you feel.

The value of the reward for such curiosity in this case differs markedly from that of habit. In the end, curiosity is much more enjoyable than the rumination that comes from quitting a bad habit. Brewer also advises being curious about your own feelings by asking yourself what the craving was like when it first started—before we started indulging it. 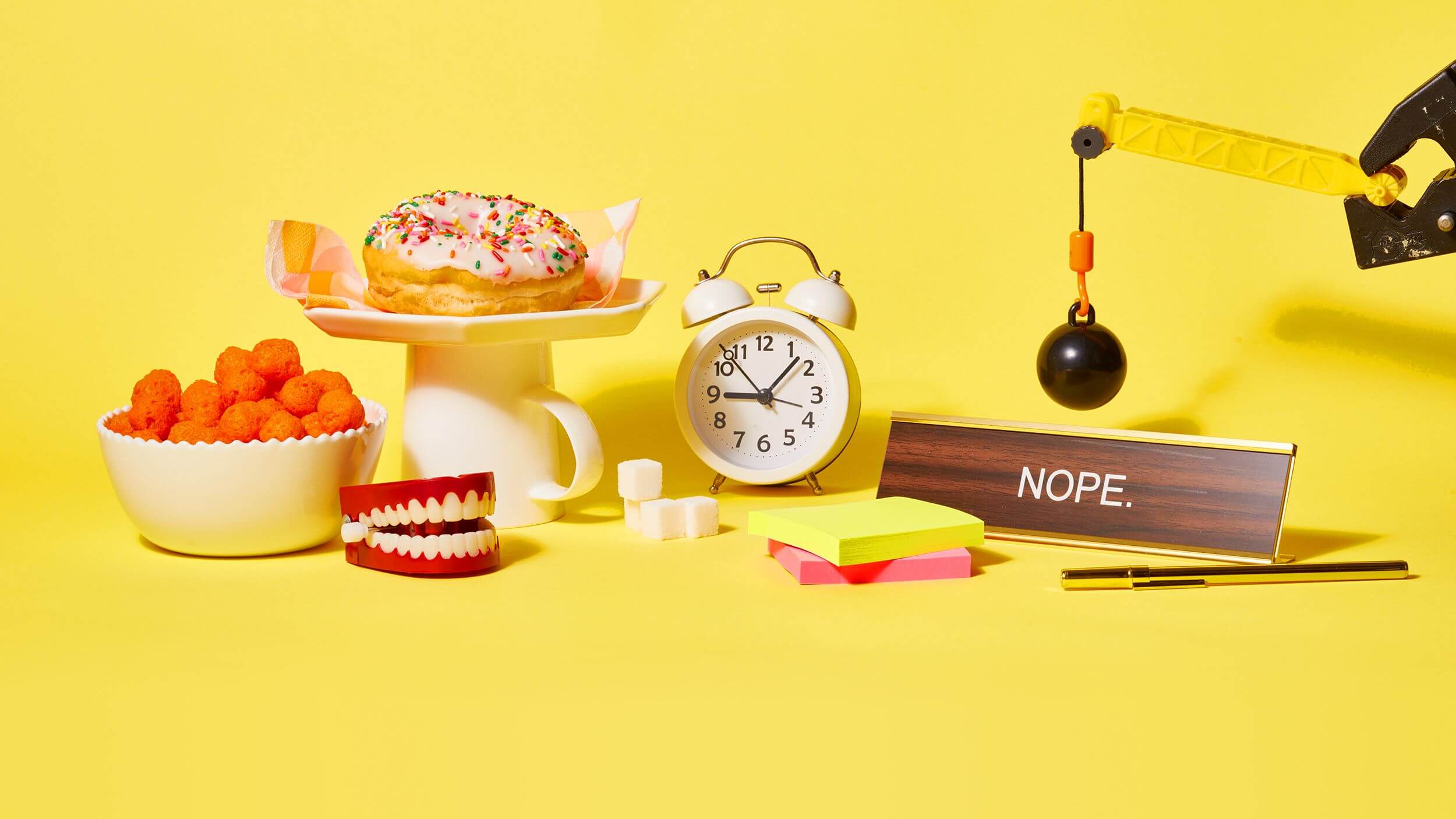 Bad habits reduce life expectancy, do not forget about it

Most often, the craving for certain actions and deeds consists of physical sensations and thoughts. Showing curiosity helps you recognize these sensations without affecting them, the scientist notes.

So the next time you indulge in a bad habit, pause and think about how you can help yourself get over it, even though the behavior may not change immediately. By hacking your own mind with the methods described above, you will eventually be able to break free from unwanted habits while calmly watching yourself give up…