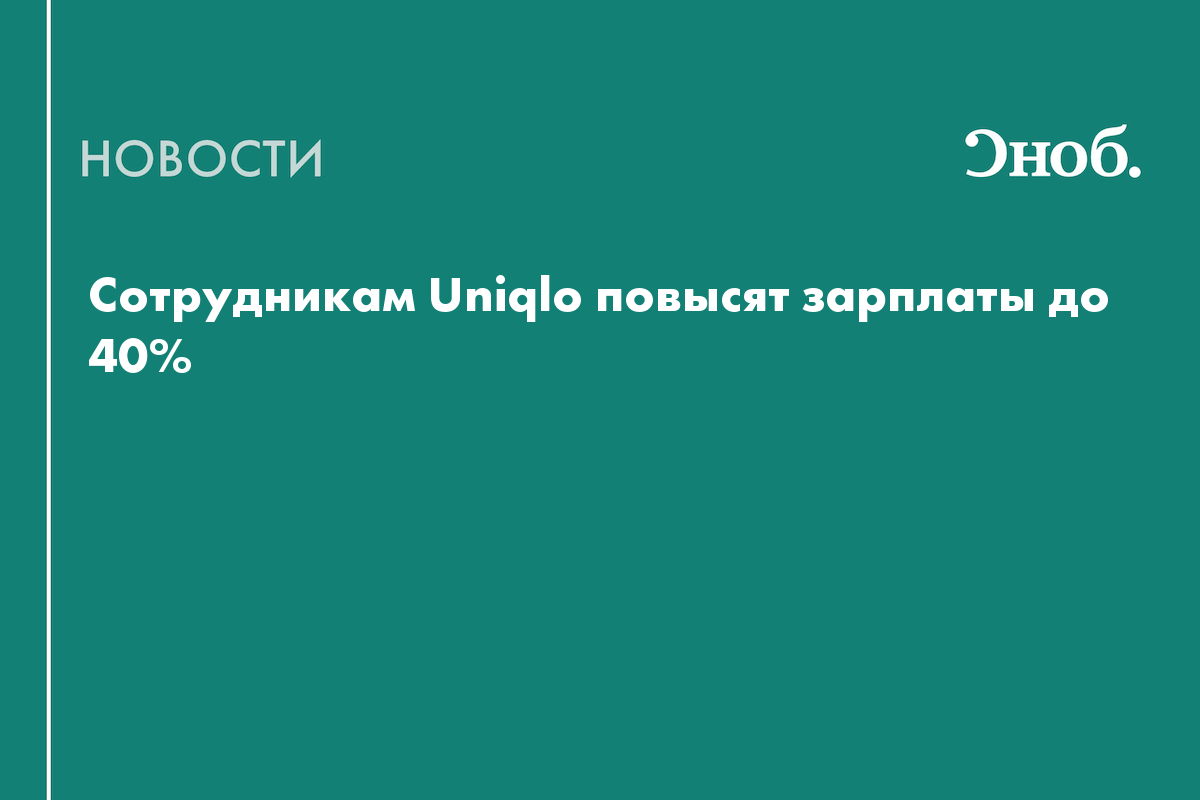 The amount of the increase will depend on the length of service and position of the employee.

From March this year, the management of the Japanese company Fast Retailing, which owns the Uniqlo clothing chain, will significantly increase the salary of all its employees in Japan. This was reported on the company’s website.

The level of increase will vary from 18% to 40% depending on the position held and length of service. The management explained this decision with the desire to “reward each employee in accordance with his ambitions and talents, as well as increase the company’s growth potential and its competitiveness.”

According to Reuters, low wages are one of the main problems in the Japanese economy. The size of the average salary in the country has not changed much since the 1990s. In 2021, it amounted to just under 40 thousand dollars a year. In OECD countries, for example, this figure reached 51.6 thousand.

In March 2022, Uniqlo decided to suspend operations in Russia. In October, Vedomosti, citing sources, reported that the retailer also plans to permanently close part of the stores in the country. The interlocutor of the newspaper noted that the company called the employees of some outlets in order for them to collect goods from the windows and prepare them for export.