What to do in Moscow and St. Petersburg January 12-18: a week with Snob

As part of the Diaghilev PS festival in St. Petersburg, an exhibition dedicated to the reflection of the image of Venice of the 18th century in the culture of the Silver Age is being held. The interest of Diaghilev and his contemporaries in the almost mythical Venice of the Casanova era was so great that the Russian intelligentsia sought to stylize not only art, but life as well. The curators of the project are the director of the Theater and Music Museum Natalia Metelitsa and art historian Arkady Ippolitov.

Exhibition “The Blue Bird. The way to the performance in five rooms» 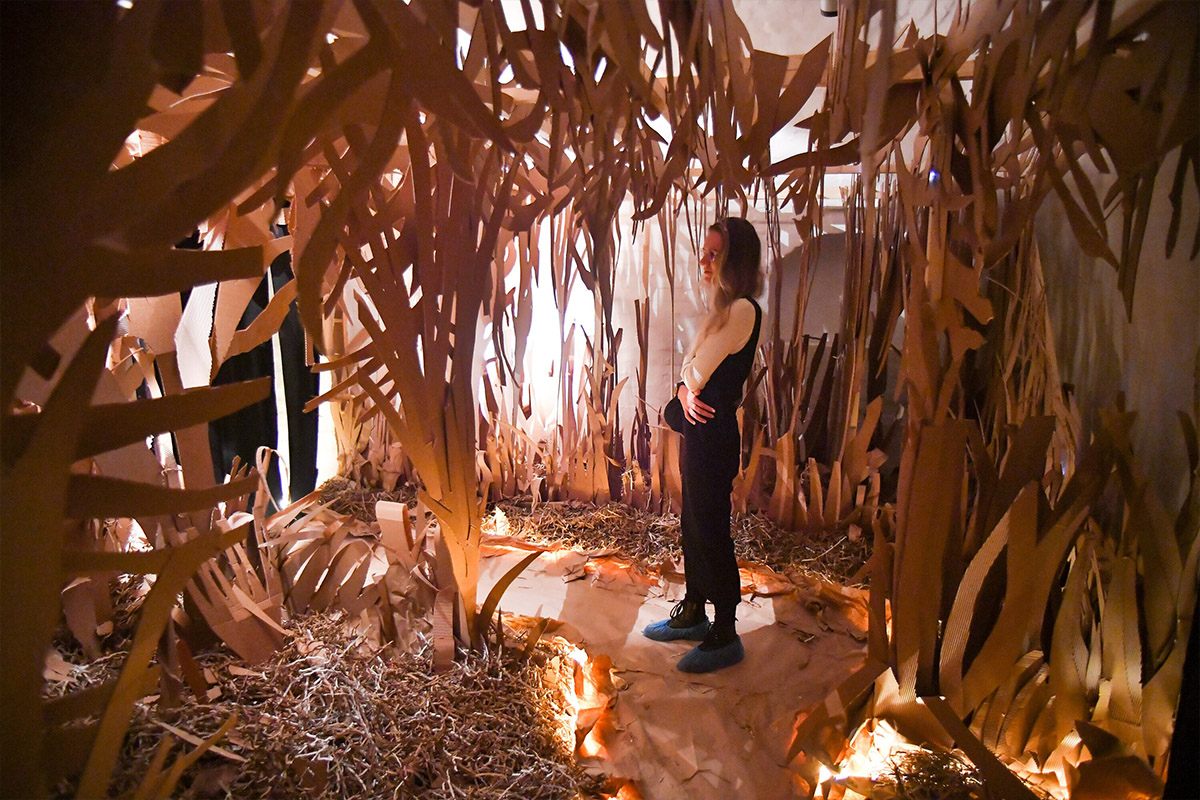 Opening of the exhibition project “Blue Bird. The way to the performance in five rooms” in the house-museum of Stanislavsky
Photo: Moscow Agency

Stage designer students of the directing department of GITIS decided to turn to the materials on which Stanislavsky staged his famous Blue Bird at the Moscow Art Theater. Visitors to the exhibition are offered to follow the path of the director, in whose head a brilliant idea is born. The project is supervised by the assistant to the rector of GITIS Dmitry Butkevich and an employee of the exhibition and exposition department of the Moscow Art Theater Museum Maria Blaise. 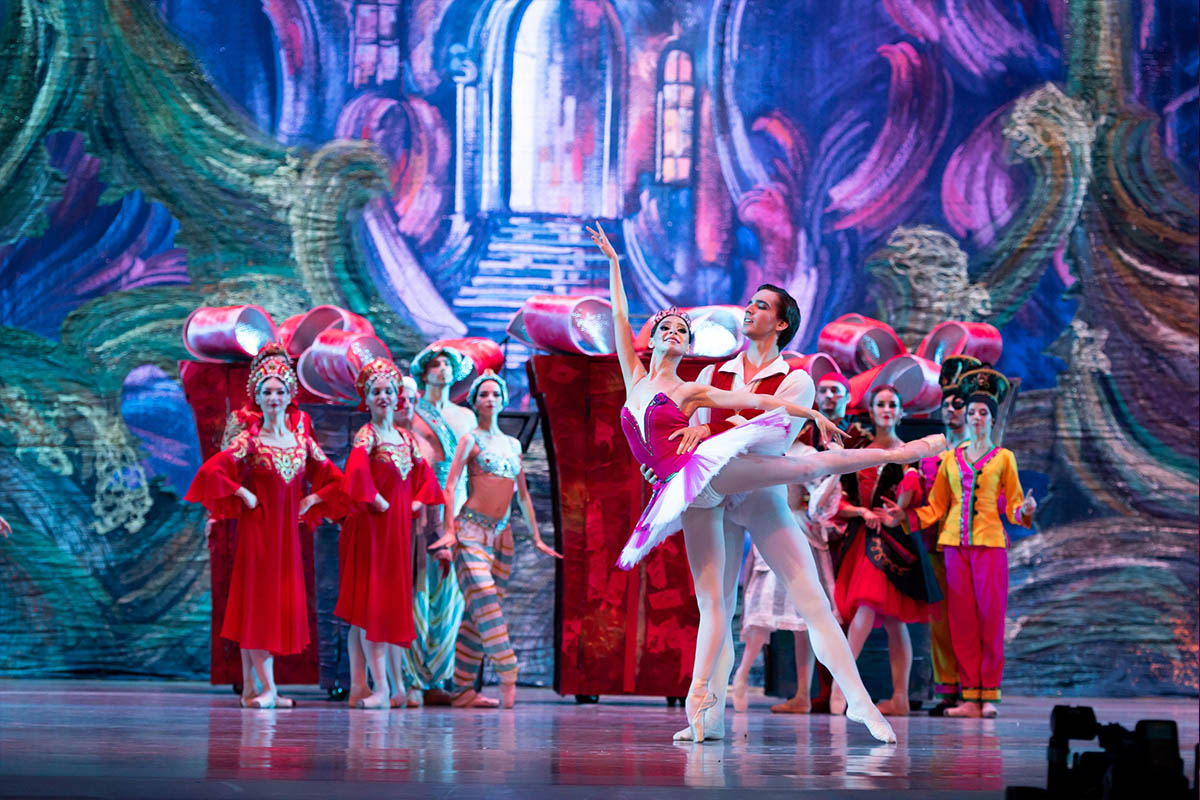 The production of the People’s Artist of Russia Andrei Petrov is celebrating its anniversary this year – since 1993 the ballet has been staged annually in the Kremlin, during which time it has been watched by more than one and a half million spectators. Petrov’s The Nutcracker goes beyond the plot of New Year’s miracles: it is a story about victory over fears and the birth of true love. The main female part is danced by Olesya Roslanova, Daria Bochkova, Alexandra Krisa and Honored Artist of the Russian Federation Ekaterina Pervushina, the main male part is danced by Daniil Roslanov, Honored Artist of the Russian Federation Maxim Afanasiev and Alexei Kazantsev.

Where: Moscow, House of Music 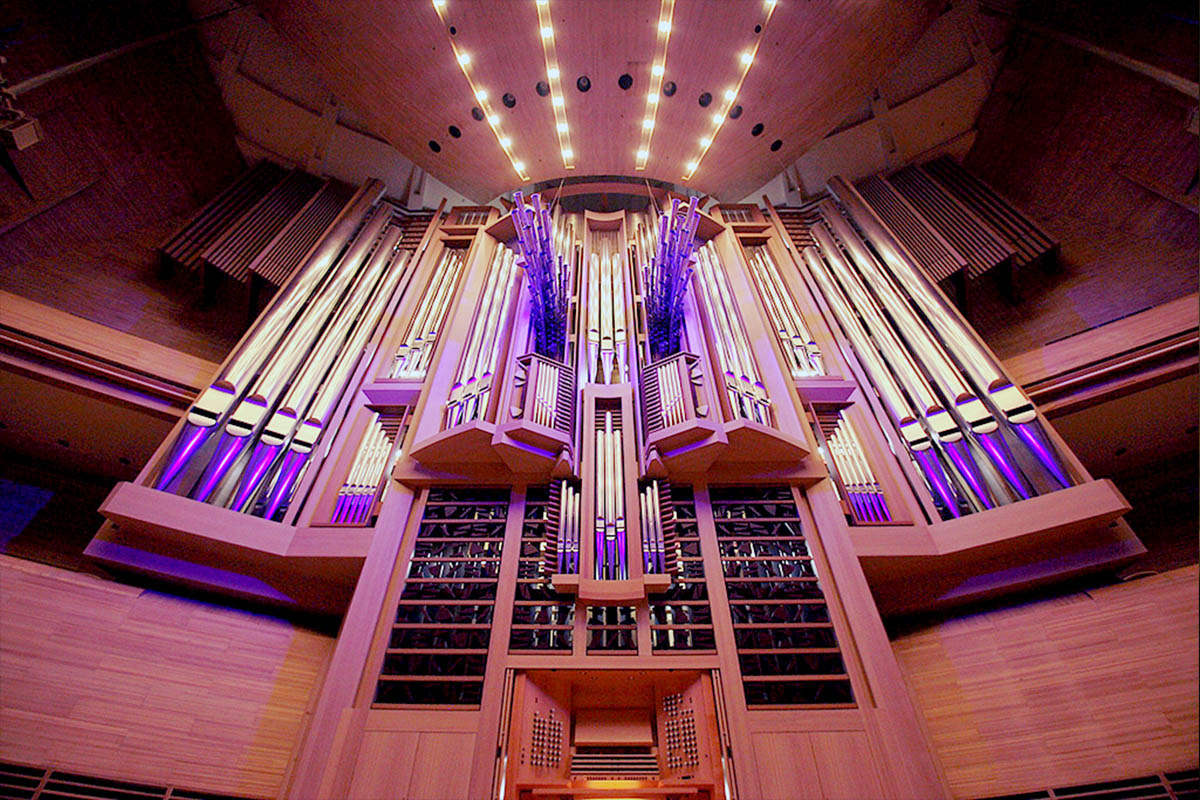 Choral Prelude Allein Gott in der Höh sei Ehr, Trio Sonata No. 3 in D Minor, Prelude and Fugue in A Minor, BWV 543, as well as other works by Bach will be performed by Elizaveta Borodayeva.

The film “Belle and Sebastian: The Next Generation” 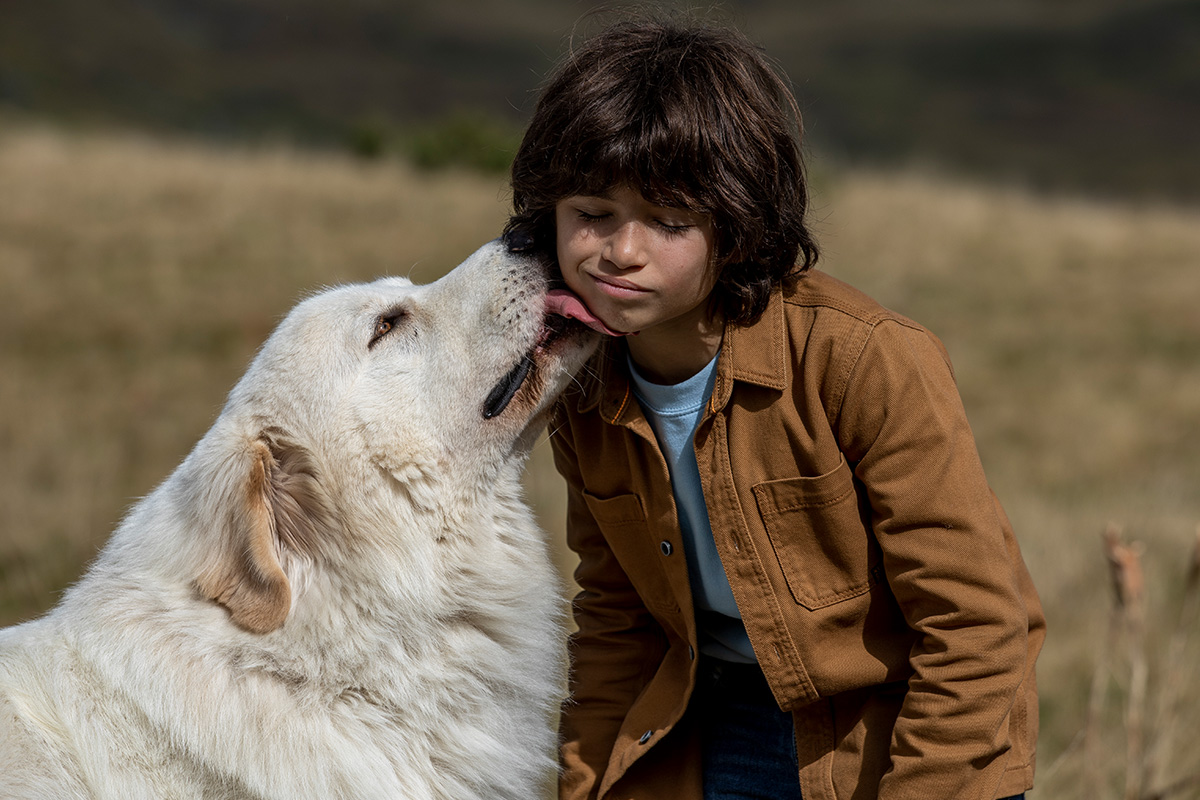 Frame from the film “Belle and Sebastian: The Next Generation”
Photo: Gaumont

10-year-old Sebastian will spend his summer holidays without gadgets – in the wilderness with his grandmother, aunt and a herd of sheep. Months away from the city seem like torture to the boy, until he meets Belle, a huge Pyrenean mountain dog who becomes Sebastian’s true friend. The action of the new series of the French family franchise based on the novels by Cécile Aubry takes place for the first time in modern times, which makes the problems and joys of the characters even clearer to the viewer.

Performance “Cripple from the island of Inishmaan” 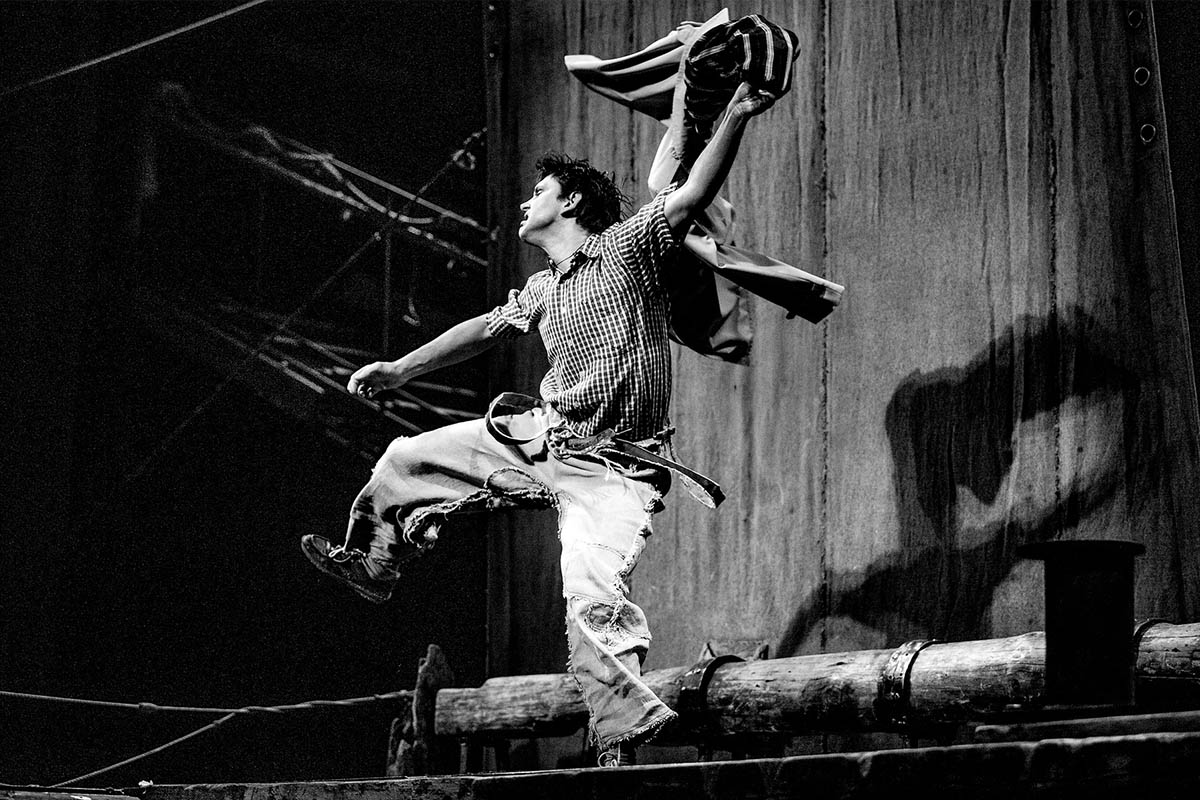 The inhabitants of the Irish island of Inishmaan are cut off from the mainland and live in their own world with a streamlined life and typical problems, until one of them, crippled Billy, gets a chance to star in a Hollywood film. “In this paradoxical play, it is sometimes difficult to understand where is tenderness and where is harshness, where is compassion and where is contempt, where is naivety and where is cynicism… We explore the paradox of a human being and try to create a world on stage that is adequate in terms of the cruelty of our sentimentality,” says production director Andrey Prikotenko. The roles are played by Irute Vengalite, Marina Ignatova, Maria Lavrova, Karina Razumovskaya and others.

Where: Moscow, Theater “Near Stanislavsky’s House” 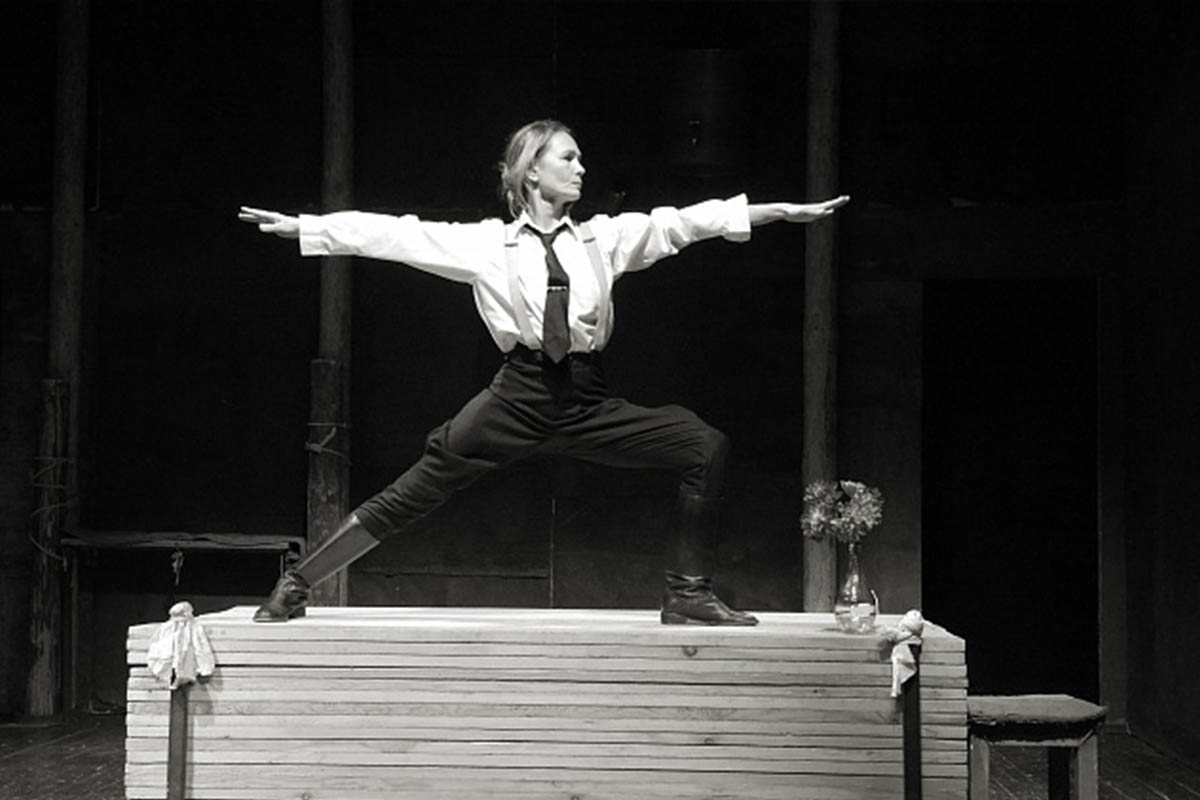 Performance “Alice’s Penultimate Concert in Wonderland”
Photo: press service of the theater “Near the Stanislavsky House”

Alice from Lewis Carroll’s fairy tale is played by Alexei Levinsky, heir to the Meyerhold school. Oriental priests, then Gestapo and Chekists appear on the stage with him, quoting Chekhov and singing Okudzhava. “It seems to me that I put the fairy tale one to one with the author. In spirit. He tells the girl a story. Imagination works. And I tell an adult the same thing, ”says Yuri Pogrebnichko, director and head of the Okolo theater.