WSJ learns about possible sale of Subway network for $10 billion 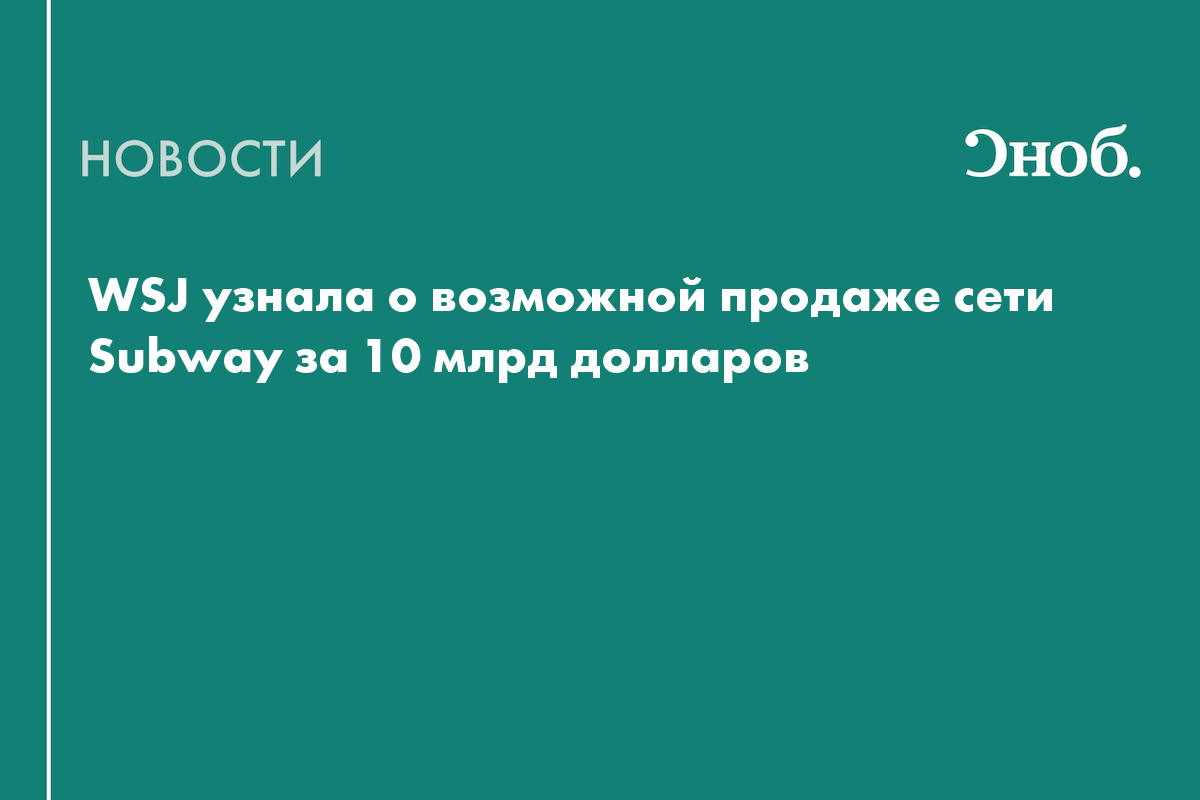 It could be sold for $10 billion

According to the publication, the company is considering other corporations and private investment companies as buyers. Sources for The Wall Street Journal indicated that the process is at an early stage and Subway may still opt out of it.

Today, Subway is the largest fast food chain in the United States in terms of the number of cafes, with 21,000 locations. In total, the company has about 37 thousand cafes in the world.

The first Subway restaurant appeared in 1965. It was founded by Peter Buck, who was 34 years old, and Fred De Luca, who was 17 years old. Now the company belongs to their families and develops according to the franchisee system.

The last time the restaurant reached its maximum revenue in 2012 was $18 billion. For comparison, in 2021, Subway’s revenue was $9.4 billion.