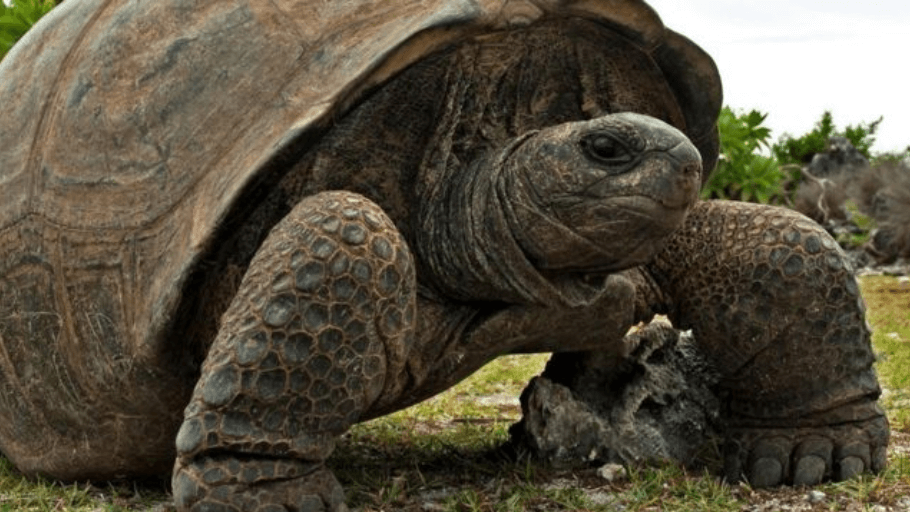 More recently, Madagascar was inhabited by giant tortoises that weighed up to 300 kg.

The islands in the western Indian Ocean were once home to giant tortoises. At least seven species of these reptiles lived here. And it was not tens of thousands of years at all. Huge turtles lived here already in ours – only 1000 years ago, and possibly even later. According to scientists, they played an important role in local ecosystems. For example, in the Seychelles and Mascarene Islands, these turtles were the only large herbivores. In Madagascar, there were two large herbivores – pygmy hippos and a giant tortoise. According to experts, such turtles played the role of a “mammoth” in the local ecosystem. But, what is most interesting, scientists managed to learn about these turtles thanks to DNA analysis, and not animal fossils, as is most often the case.

Turtles from Madagascar – what is known about them

A team of zoologists decided to look into the pedigree of giant tortoises that once lived on the island of Madagascar, as well as other islands of the Indian Ocean. This information allows not only to learn more about the turtles themselves, but also to shed light on the ecosystems of the islands. Turtles had a great influence on them due to their large size and gluttony.

It must be said that by the time researchers in the 17th century became interested in the fossils of these animals, the local population of turtles had long died out. Most likely this happened due to human activity. They could have been victims of the colonization of the islands by the Indo-Malays 1000 years ago and their relatives.

Subsequently, not only giant, but also smaller turtles became extinct. Obviously, European sailors had a hand in this, who caught reptiles for food and “turtle oil”. As a result, by the 19th century, almost all of them had disappeared. 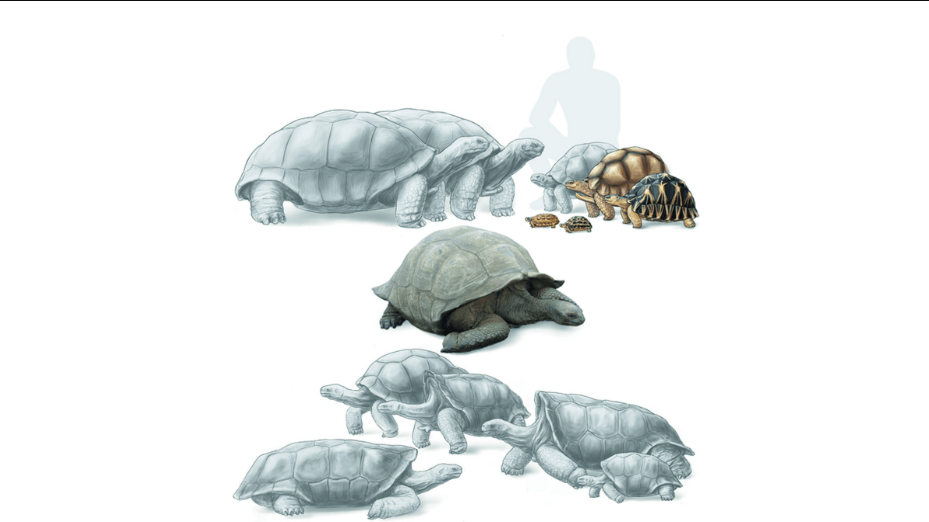 Unfortunately, modern paleontologists have very little information about the extinct Madagascar tortoises. The fact is that their remains are highly fragmented. It is very difficult to determine what a turtle looked like from one or more parts of the shell, and even more so it is impossible to find out what species it belonged to.

Scientists have long tried to understand the varieties of these animals from the fossils that were on the market. However, as it turned out, it is very difficult to determine where and on which island this or that sample was found. But in the end, modern technologies came to the aid of the researchers, which allow shedding light on the pedigree of reptiles by their DNA.

Paleontologists managed to find only one tibia of an extinct turtle in Madagascar. A few decades ago, this find would not have carried any information. However, modern technology has made it possible to analyze its nuclear and mitochondrial DNA. 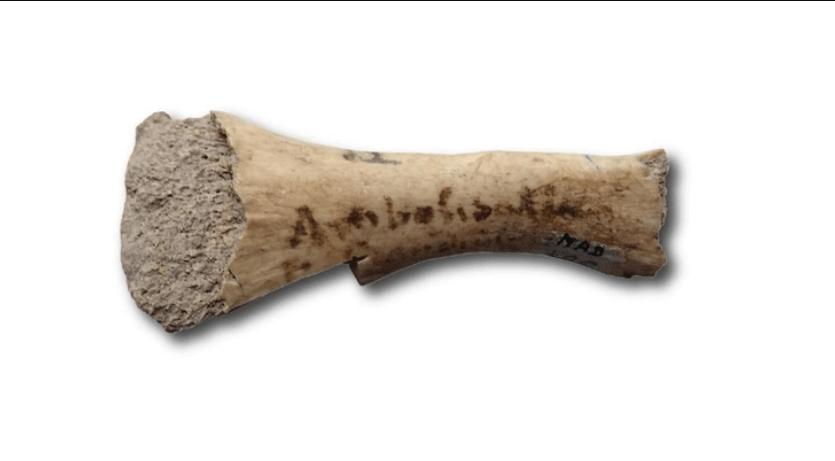 The study showed that scientists were able to find the bone of a previously unknown species of turtles. The discovery was given the name Astrochelys rogerbouri, in honor of the French specialist in the field of giant tortoises, Roger Boer. When this species of reptile became extinct, scientists do not know. However, the analysis showed that the found sample is about 1000 years old. The authors report this in the journal Science Advances.

Astrochelys rogerbouri was indeed a very large tortoise. The weight of the discovered sample was more than 270 kilograms. By the way, this is not the largest turtle on earth, since the weight of the largest one exceeds more than 900 kg, as we talked about earlier. The rich diet made this turtle the ecosystem equivalent of mammoths and other large herbivores, scientists say. For example, it is known that about 100,000 large tortoises still live on the atoll (coral island) of Aldabra (northwest of Madagascar). They consume about 11.8 million kg of plants annually.

How giant tortoises spread across the islands of the Indian Ocean

In their study, scientists were able not only to discover a new species of giant tortoise, but also to obtain new data on the origin of turtles in Madagascar. In addition, they described how these animals migrated to the islands of the Indian Ocean. To do this, the team analyzed and compared the mitochondrial genomes of reptiles found at different times on different islands. 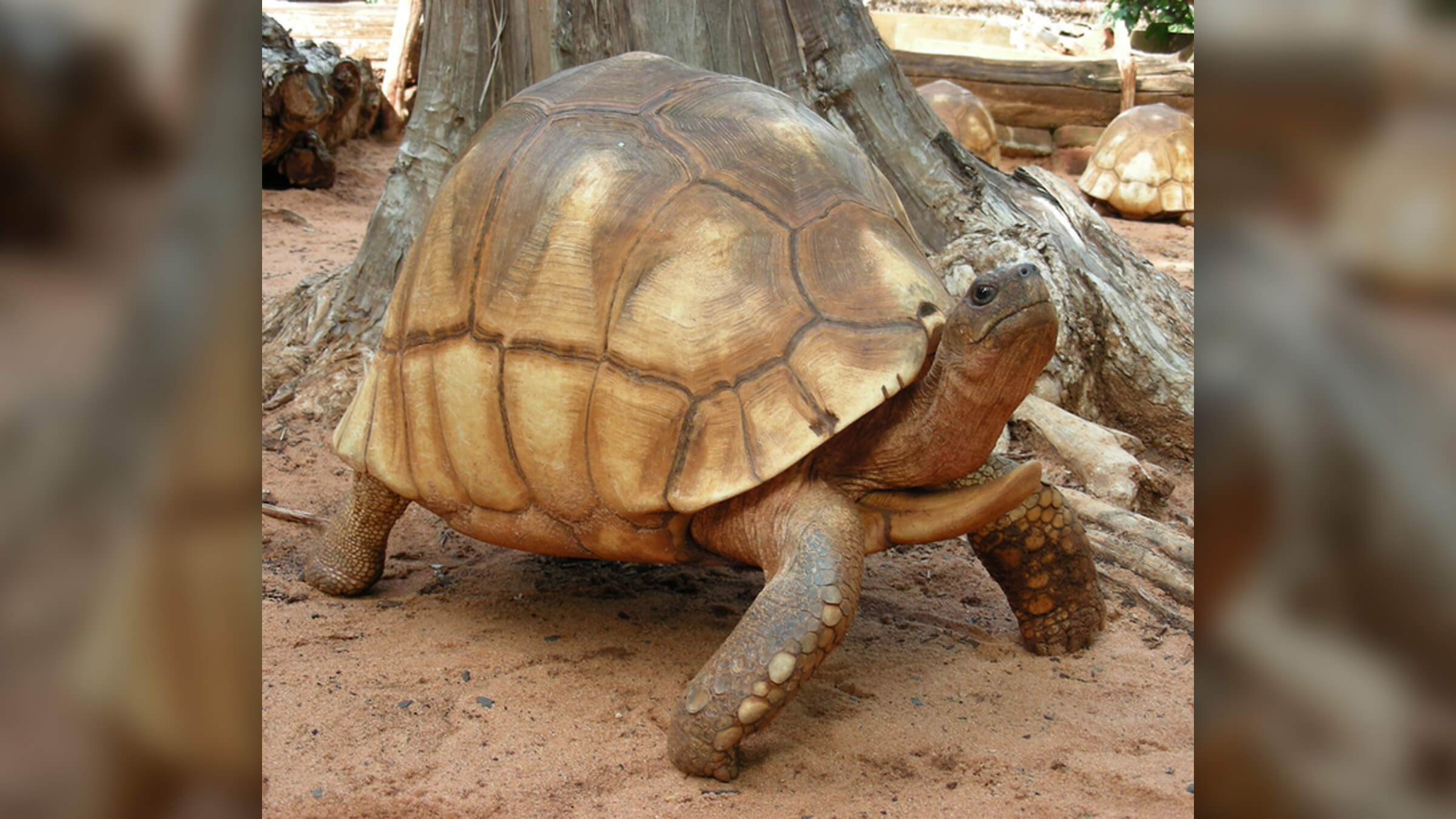 The giant tortoise Astrochelys yniphora, which is a close relative of the extinct tortoise from Madagascar

According to the authors of the work, the extinct species Mascarene Cylindraspis left Africa at the end of the Eocene, that is, more than 33 million years ago. The ancient turtle first settled on the now sunken volcanic islands of Réunion. From there, the giant Mascarene tortoises began to spread to the nearest islands between 27 and 4 million years ago. But independently of the Mascarene tortoises, another genus developed in parallel, which included such species as Aldabrachelys, Astrochelys and Pyxis.

The greatest variety of turtles arose in Madagascar. Small, large and now extinct giant species appeared here. Scientists hope that now it will be possible to find out what the ecosystem of the islands in the Indian Ocean was like.

Finally, we recall that earlier scientists managed to find out what the Greenland ecosystem was like 2 million years ago. It turns out that once it was a green island with many animals, among which were even relatives of elephants, mastodons.