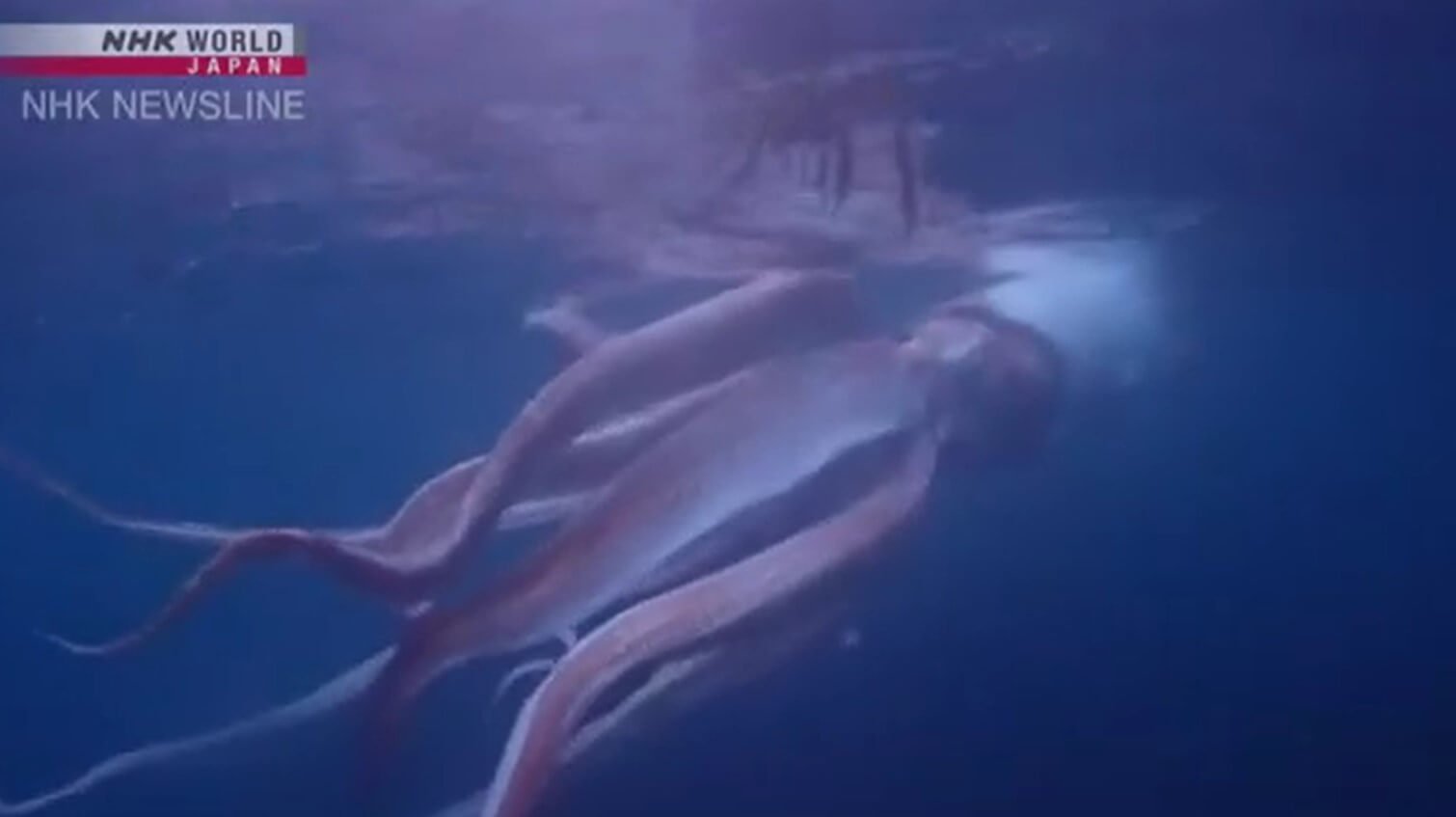 In the salty waters of the seas and oceans there is always a chance to meet squids. Typically, these cephalopods are about 50 centimeters long and weigh up to 400 grams. However, in addition to ordinary squids, there are giant ones – recently a couple of Japanese divers were able to film an individual whose body length exceeded 2.5 meters. This is a very rare phenomenon, because squids, especially large ones, rarely swim to the surface and even more so approach the shore and people. We invite you to watch the filmed video and find out how big squids can be, whether they are considered dangerous to humans and how they are connected with ancient legends about sea monsters.

Video with giant squid on video

Video with a giant squid was filmed on the coast of the Sea of ​​Japan, near the city of Toyooka. The creature floating on the surface of the water was noticed by Yosuke Tanaka and his wife, a spouse who works as scuba diving instructors. They had a water-proof camera with them, thanks to which they were able to film the video.

They captured the squid, whose body length was estimated at 2.5 meters. According to researcher Kubodera Tsunemi of the National Museum of Science, the discovered individual is clearly an adult – she is about 1-2 years old. It is worth noting that the life span of giant squid does not exceed 3 years. Divers noted that they were terrified to watch how a huge creature moved its tentacles in a short distance from them. After about 30 minutes, it disappeared into the depths.

How long do squids grow

The captured video is impressive, but 2.5 meters is not the limit for giant squid. Individuals that live at a depth of 900 meters below the ocean surface can reach 14 meters in length and gain weight up to 275 kilograms. The fact that such huge creatures exist in the depths of the oceans is known to scientists only because their dead bodies are sometimes thrown ashore. And so, researchers are not able to dive into such great depths, and not as much is known about giant squid as we would like. 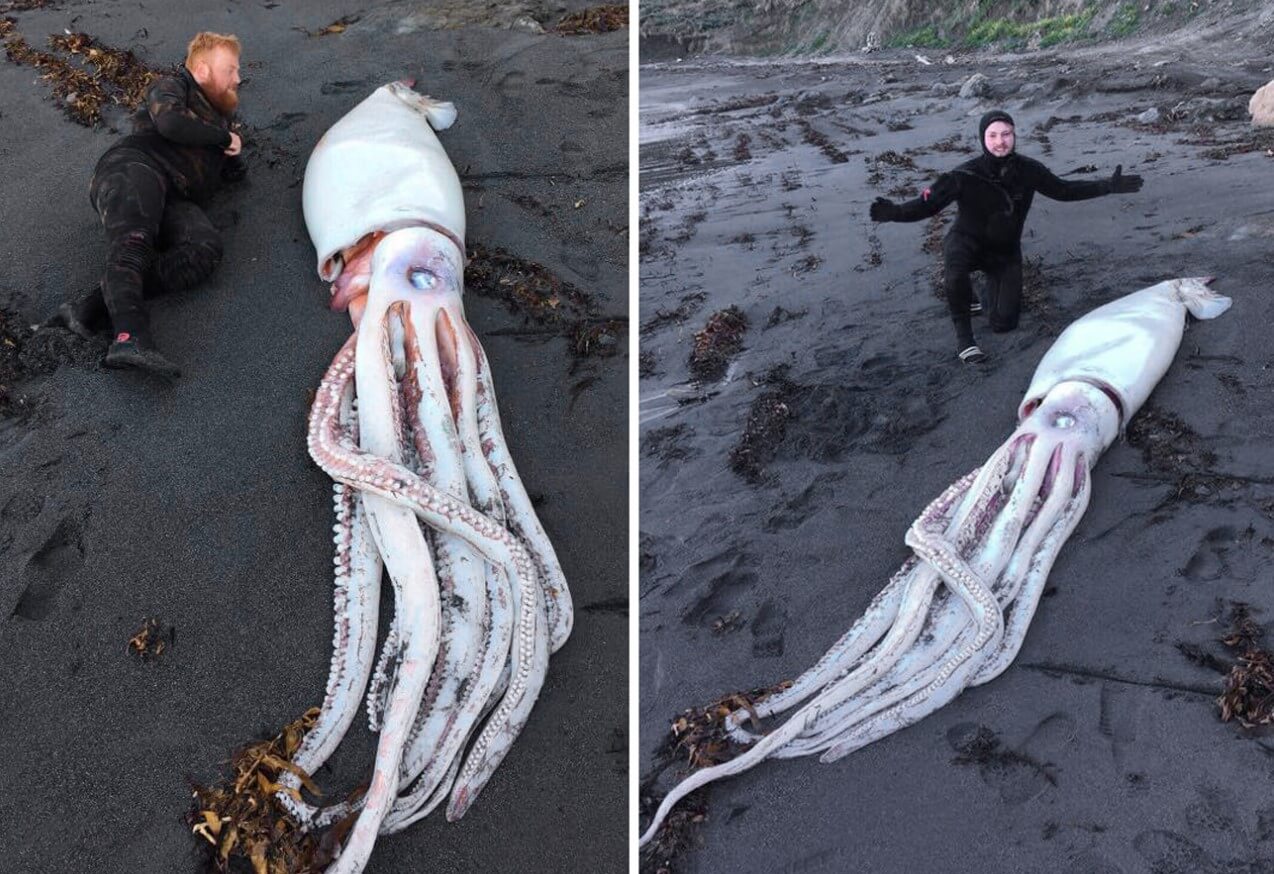 Giant squid can grow up to 14 meters

Like regular squids, the giant species has a mantle-shaped head, eight regular tentacles, and two trapping tentacles. The inner side of the limbs is covered with hundreds of suckers with a diameter of about 6 centimeters. They are needed by squids in order to hold prey. Huge creatures mainly prey on fish that live at great depths – for example, they feed on monkfish, which we mentioned in the article about the most terrible fish in the world. 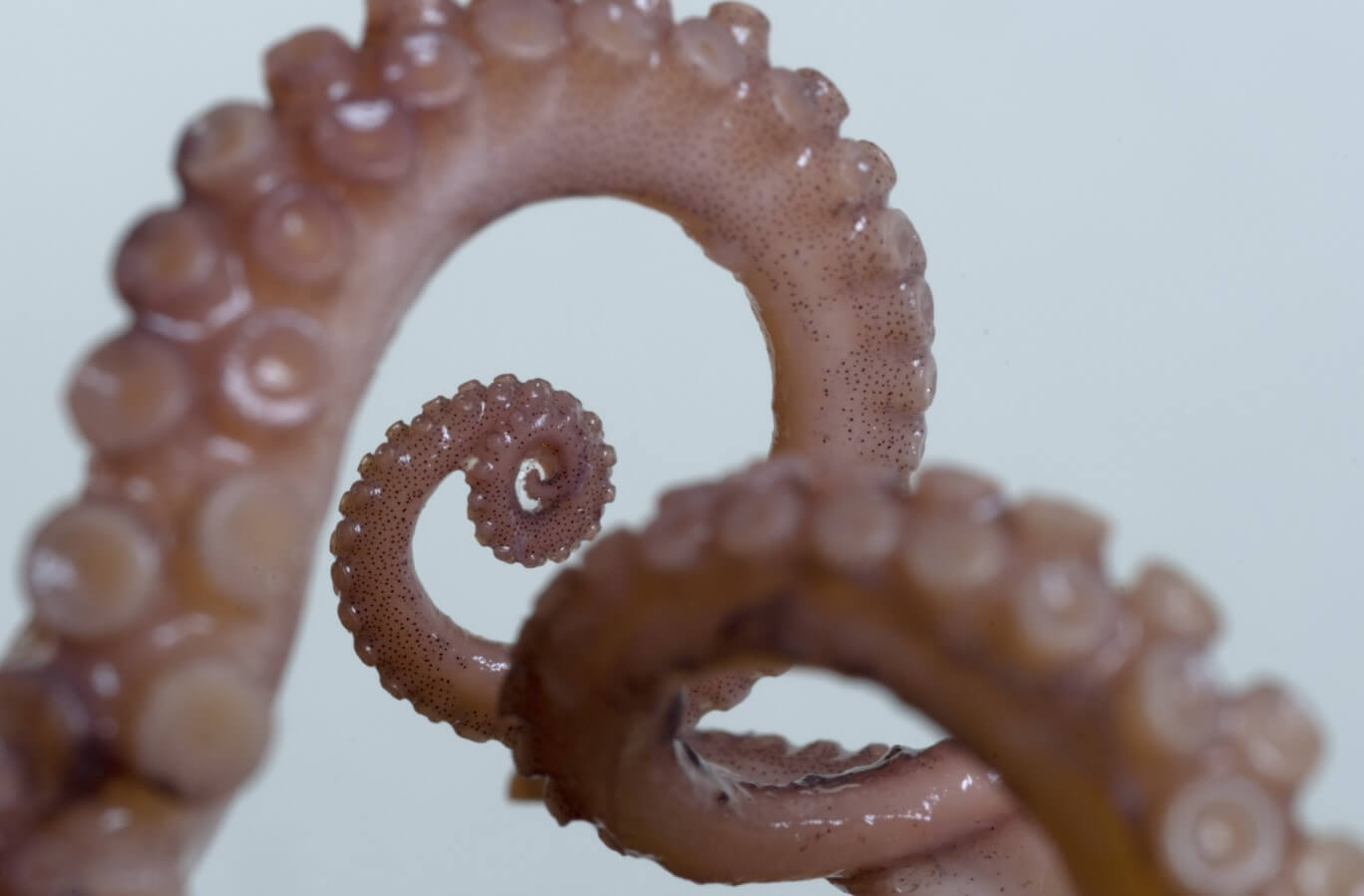 Like ordinary squids, giant individuals move in a jet way – they draw water into the mantle cavity and gradually push it out through a small hole. If necessary, they can accelerate, pushing the water out with more force. As a rule, such jerks are made in order to catch prey. 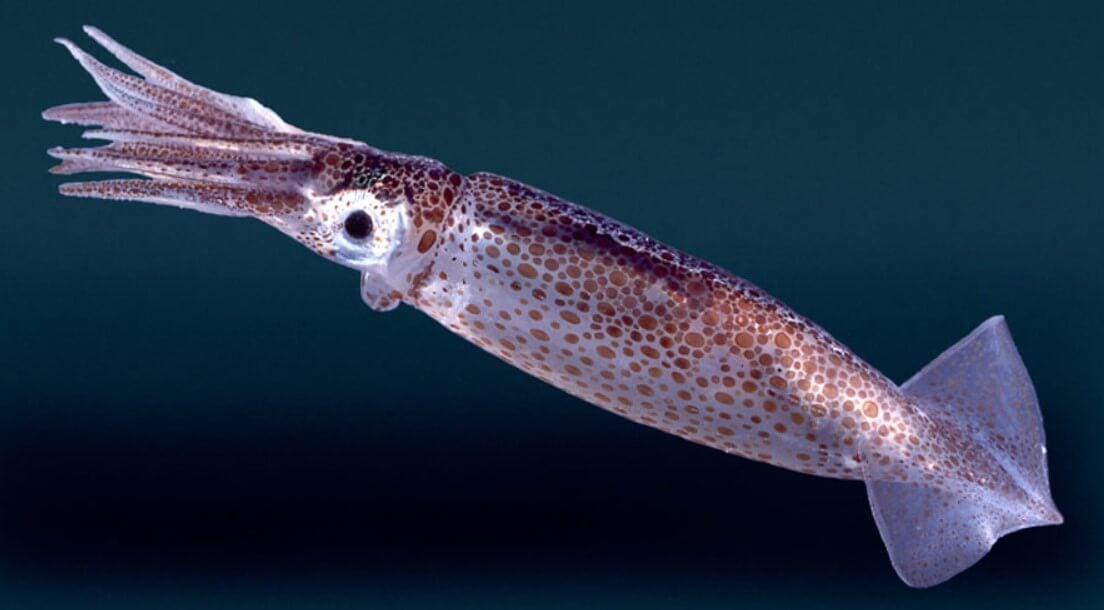 Huge eyes also help giant squids in hunting – it is believed that they have the largest eyes of any living organism in the world. The diameter of each eye is about 27 centimeters, and the pupil circumference can reach 9 centimeters. It is believed that large organs of vision allow mollusks to notice the bioluminescent glow of deep-sea fish. It is not known exactly, but there is reason to believe that squids do not distinguish colors. However, they can see many shades of gray, which is very important for efficient life in the depths of the oceans. 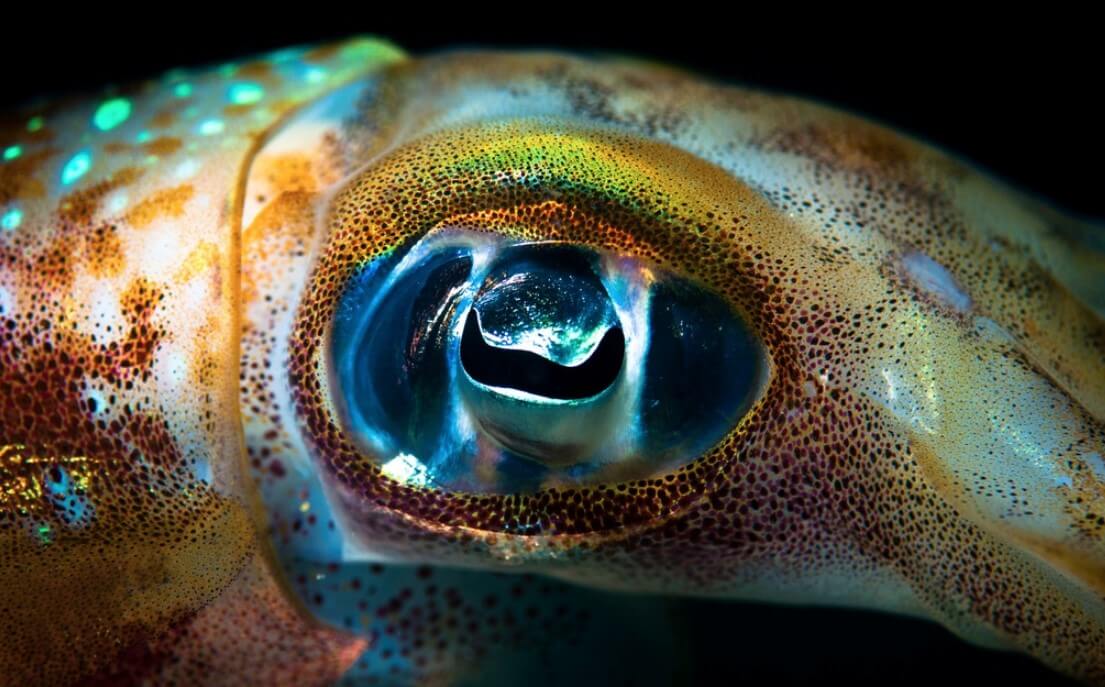 It is believed that squids have the largest eyes in the animal kingdom.

The origin of the legends of sea monsters

As mentioned, scientists know about the existence of giant clams only because their dead bodies float to the surface. Most likely, the huge bodies of deep-sea mollusks surfaced in ancient times. It must have been after encountering them that people invented legends about sea monsters like the kraken, after this hero of horror films from Icelandic sailors a new strain of coronavirus was recently named. 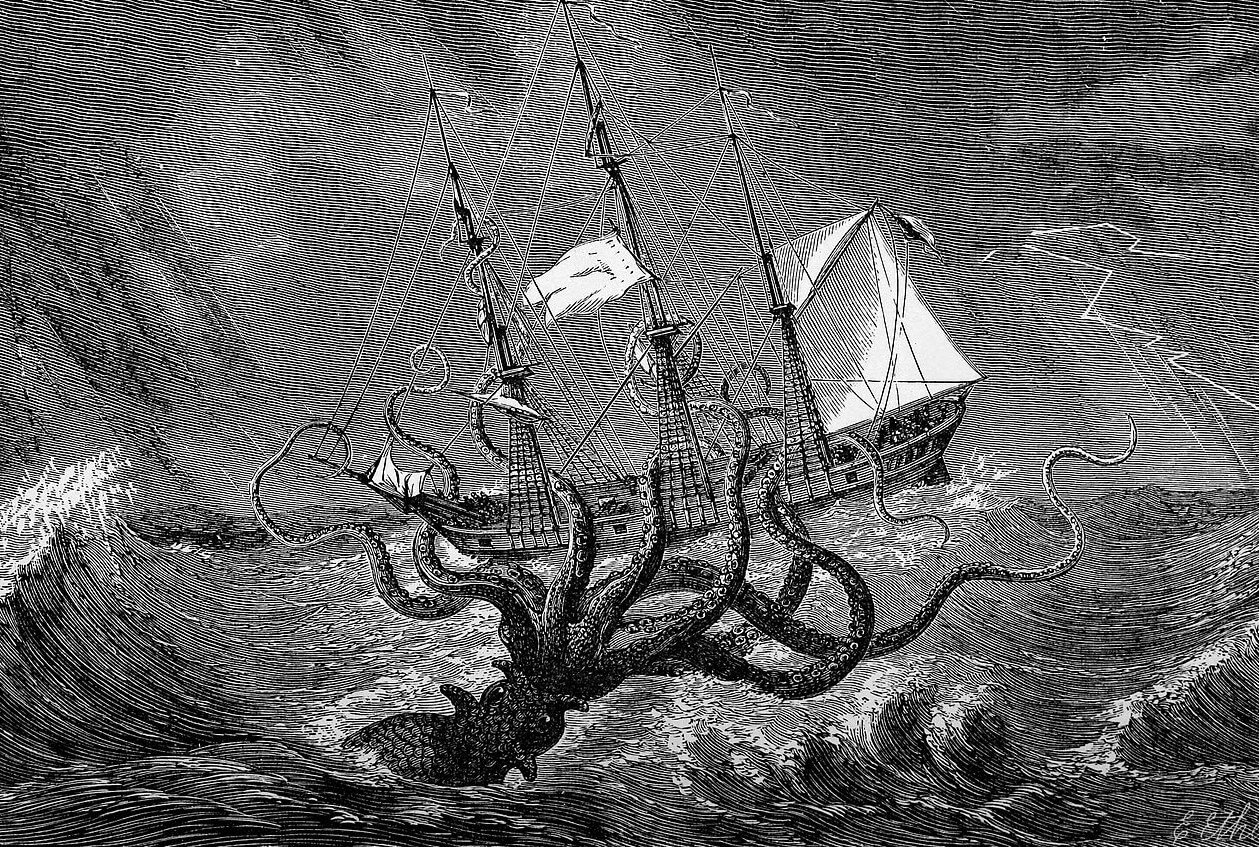 A giant squid attacking a ship in an 1887 engraving

Giant squids can be added to our article about the largest animals in the world. Why, these cephalopods cannot be compared with the large rabbits, dogs, cats and other creatures mentioned in the material. However, we strongly recommend reading about them. Could you believe that there are frogs in the world whose body weight can reach 6 kilograms?