In Istanbul, an explosion occurred in a business center – there are victims 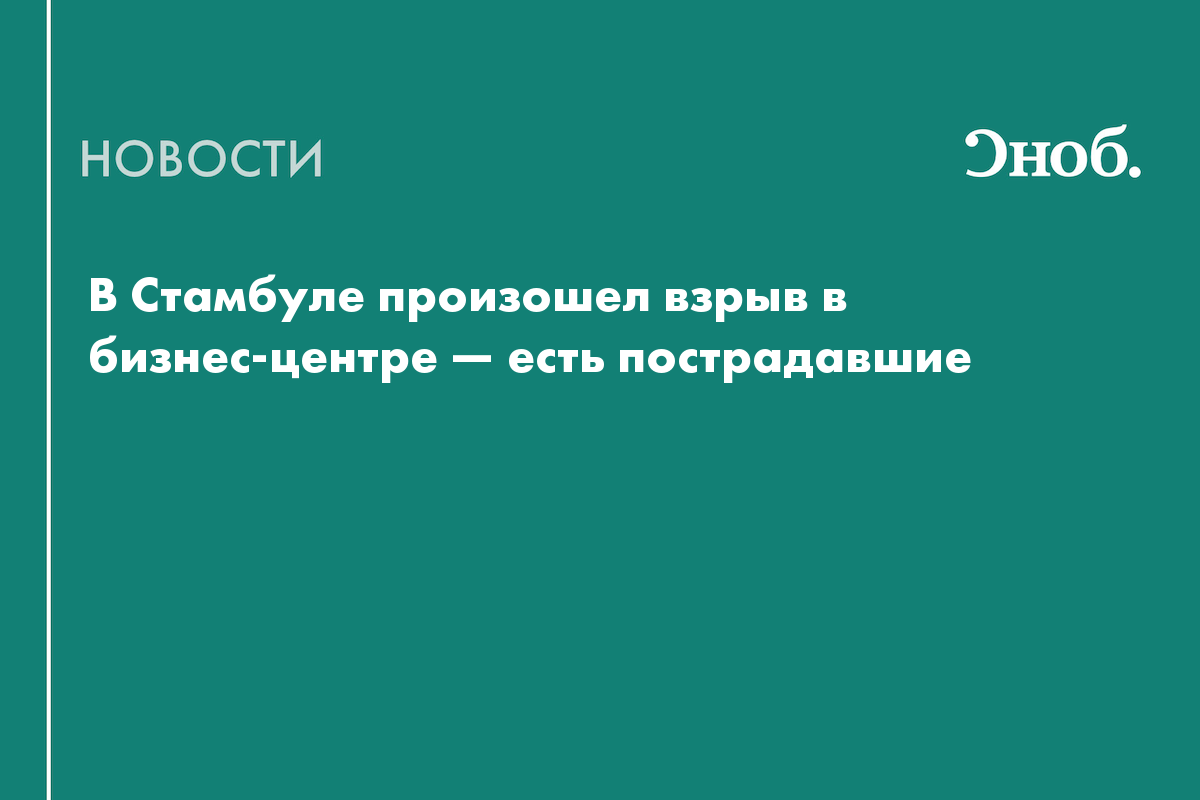 Some passers-by were slightly injured by concrete and metal fragments.

In Istanbul, an explosion occurred in a textile workshop, which is located in one of the local business centers. This is reported by NTV and Milliyet.

The explosion occurred in the center of the third largest district of the city – Bagdzhylar. It is located in the European part of the city in the west.

The building of the business center is significantly damaged, NTV notes. Some passers-by were slightly injured by concrete and metal fragments.

In November 2022, an explosion rocked the popular tourist street Istiklal. Then six people died, another 81 were injured. Among the wounded were three Russians. The Turkish Prosecutor General’s Office declared the incident a terrorist attack.

A week after the incident, Turkish President Recep Tayyip Erdogan announced the launch of the “Claw-Sword” military operation against the PKK in northern Syria and Iraq. Ankara explained the need for such a decision by preventing terrorist attacks against the Turkish people and ensuring the security of the state’s borders.