The Crimean bridge will again be blocked for cars. True, not for long 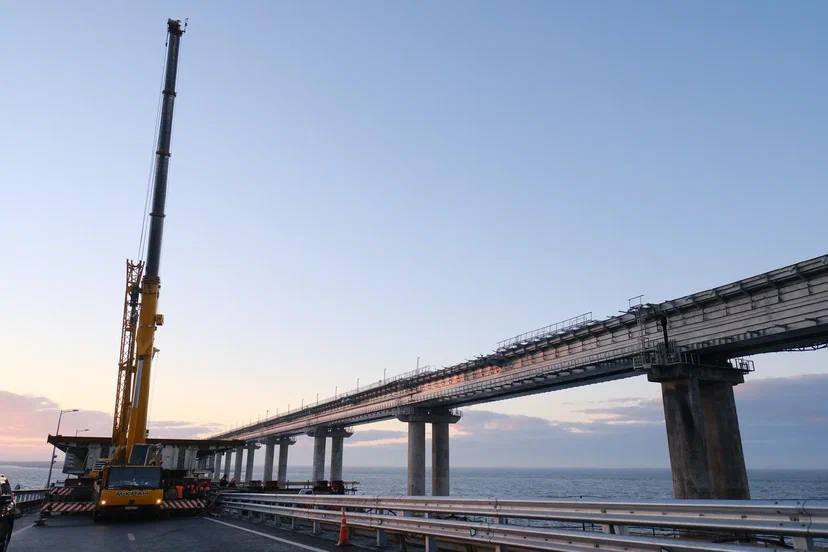 The Crimean bridge has been under repair for a month now, and the repair work, no, no, and will require closing traffic to the peninsula. Once again, the overpass will need to be closed on January 17. The Ministry of Transport of the Russian Federation wrote about this in its Telegram channel. True, this time restrictions are introduced for only a few hours – from 13:00 to 18:00 Moscow time. In order not to get into an annoying situation, drivers were asked to plan their trips in advance.

The Crimean bridge is being repaired after the terrorist attack, which happened early in the morning on October 8. On that day, a truck was blown up on the overpass. Due to the explosion, two spans of the bridge (those intended for cars) collapsed at once. The railway part was not so badly damaged. All traffic on the bridge was stopped, and ferry crossings were launched for transport.

Russian President Vladimir Putin blamed Ukraine’s special services for organizing the attack. President of the All-Russian Union of Insurers Igor Yurgens said that the damage from the explosion on the Crimean bridge would cost 500 million rubles.

In order to promptly launch transport links with Crimea, they organized a crossing through the Kerch Strait. The ferries operating on the line made 1458 trips. They carried 60,141 passengers, 44,063 cars and 5,072 railcars.