Vedomosti: Moscow pharmacies are faced with a shortage of children’s suppositories with ibuprofen 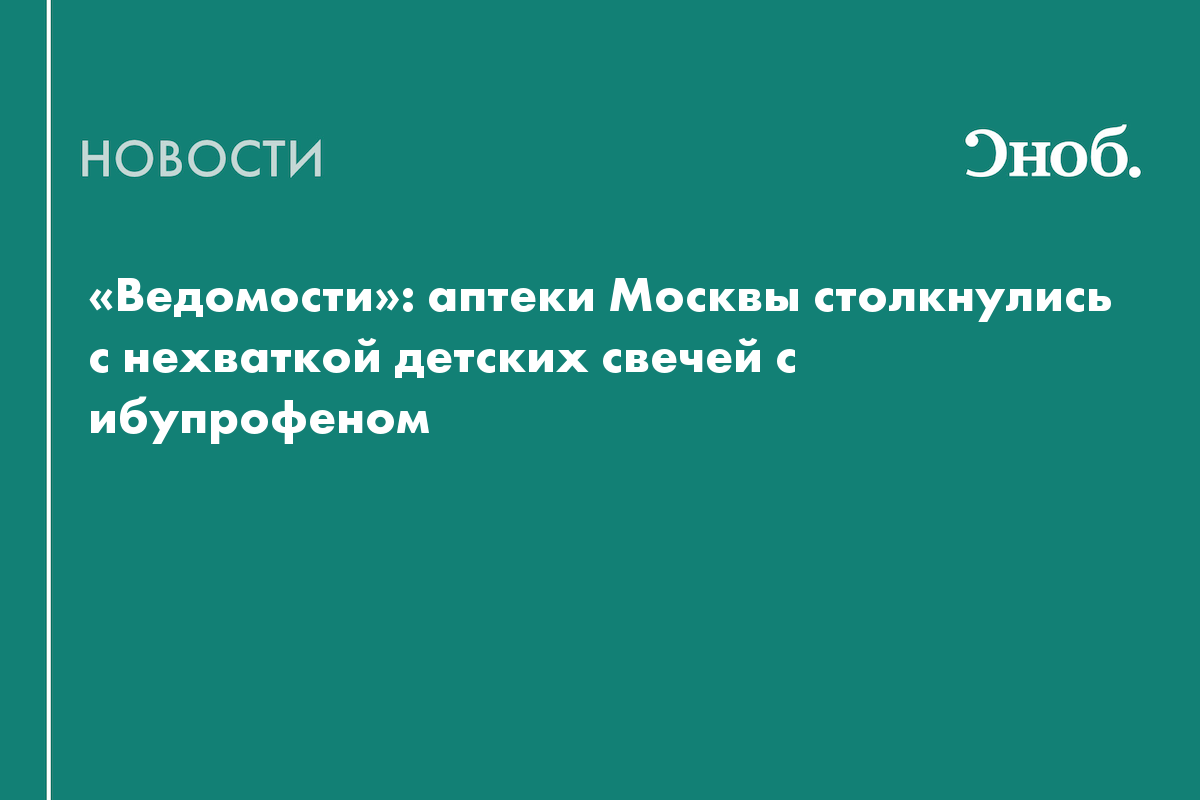 The drug is included in the list of vital

The children’s anti-inflammatory drug ibuprofen in the form of suppositories is currently not available for purchase in Moscow pharmacies. Vedomosti writes about this with reference to data from the websites of large pharmacy chains, aggregators and drug search services in the capital. The medicine is included in the list of vital.

The drug is not in the catalogs of pharmacies “Rigla”, “36.6”, “Be Healthy”, “Melody of Health”, “Doctor Stoletov” and “Ozerki”. According to the search engine “Aptekamos”, the medicine is available only in one pharmacy in the Moscow region. The drug is also not available on the Apteka.ru and Zdravcity aggregators, which are owned by large distributors Katren and Protek. In “Eapteka” the newspaper was told that they only had a suspension with ibuprofen.

According to Yevgeny Timakov, chief physician of the Leader-Medicine medical center, the shortage of children’s suppositories with ibuprofen has arisen since the beginning of this year due to increased demand and a small supply in pharmacy chains. Such suppositories are used for young children, as this allows the use of the drug if it causes nausea or other rejection in the child.

By January 8, there were 14.9 thousand packages of ibuprofen in Russian pharmacies and distributors, according to the data of the Ministry of Industry and Trade. The department was unable to clarify the reason for the lack of the drug.

Earlier, Roszdravnadzor spoke about problems with the delivery of certain drugs to pharmacies. They explained what was happening with “logistical problems of suppliers and manufacturers.”

In December 2022, the agency reported that “there are enough ibuprofen preparations in the pediatric dosage in the form of a suspension on the market.” On January 12, Roszdravnadzor issued a similar statement.

In November, the head of the Ministry of Health, Mikhail Murashko, said that foreign medicines were delivered to Russia with delays, but he did not find “refusals or big threats” at that time. The minister also added that the regions were given “strict instructions” to form a stockpile of medicines for at least four months.