Gazprom increased gas supplies through Ukraine to Europe by 20%

Gas deliveries via the Power of Siberia to China reached a record level of 15.5 billion cubic meters of gas in 2022. — A. Novak 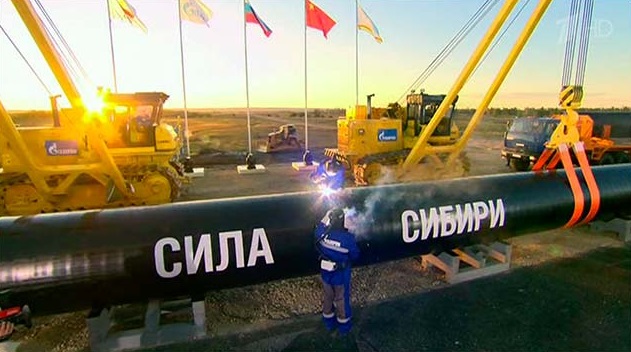 Earlier, Gazprom announced that it had set another record for pumping gas through the Power of Siberia pipeline to China. “On December 9, the excess of the daily contractual obligations of Gazprom, stipulated by the gas purchase and sale agreement, amounted to 16.4%,” the gas holding said.

According to the report, Gazprom “accepted the request of the Chinese side to increase daily gas supplies in December relative to the previously approved schedule for 2022.”

Deliveries are made under a bilateral long-term gas purchase and sale agreement between Gazprom and CNPC.

“Power of Siberia” increases the volume

Meanwhile, Gazprom announced the commissioning of new production, transportation and processing facilities as part of the Power of Siberia project.

Russian gas supplies to China via the gas pipeline began in 2019 from the Chayandinskoye field located in Yakutia. In the coming months, the Kovykta field in the Irkutsk region will be connected to supplies via the main line.

The company said that according to the schedule, it is preparing the Kovykta field in the Irkutsk region and the section of the Kovykta-Chayanda gas pipeline for commissioning. On October 25, commissioning under load began at one of the key priority facilities of the field – the complex gas treatment unit (UKPG-2) – and the Kovykta-Chayanda section. Technological systems and equipment will be tested in operating and maximum operating conditions.

The next stage is the commissioning of the Kovykta field and the Kovykta-Chayanda block in December 2022. This will give a powerful additional impetus to the even more effective development of Russia’s eastern regions and build up the country’s export potential.

At the same time, Gazprom continues to equip the Kovykta field to gradually bring it to full design capacity. The fund of production gas wells is being expanded. The foundations have been built and the installation of metal structures is underway at the site of GTP-3. The construction of a condensate pipeline to deliver stable condensate from GTP-2 to the railway terminal in Okunaisky is nearing completion, as well as the construction of the terminal itself.

In the Power of Siberia section from the Chayandinskoye field to the border with China, Gazprom is gradually increasing the throughput capacity of the gas pipeline. The construction of four new compressor stations is nearing completion.

The message Supply of gas to China through the “Power of Siberia” reached a record level appeared first on TEKNOBLOG.

Gazprom increased gas supplies through Ukraine to Europe by 20%

Gazprom supplies gas to Europe through Ukraine in the volume confirmed by the country's operator through the Sudzha GIS station - 29.4 million cubic meters as of February...

Exxon Mobil Corp posted a profit of $56 billion for 2022, the company said on Tuesday, earning about $6.3 million per hour last year and setting not only...

A nationwide strike in France against pension reform led to a drop in electricity production and cut off supplies from TotalEnergies facilities on Tuesday. Photo: ndv.ru France's energy...

With all the monopolization of the gas industry in Russia, independent gas companies appeared on it from time to time. Alas, as a rule, their century was not...

Records of the “Lion City”

Continuation of the review of the largest oil loading ports of the world: Singapore strategic island For the first time, Singapore is mentioned in Chinese chronicles of the...