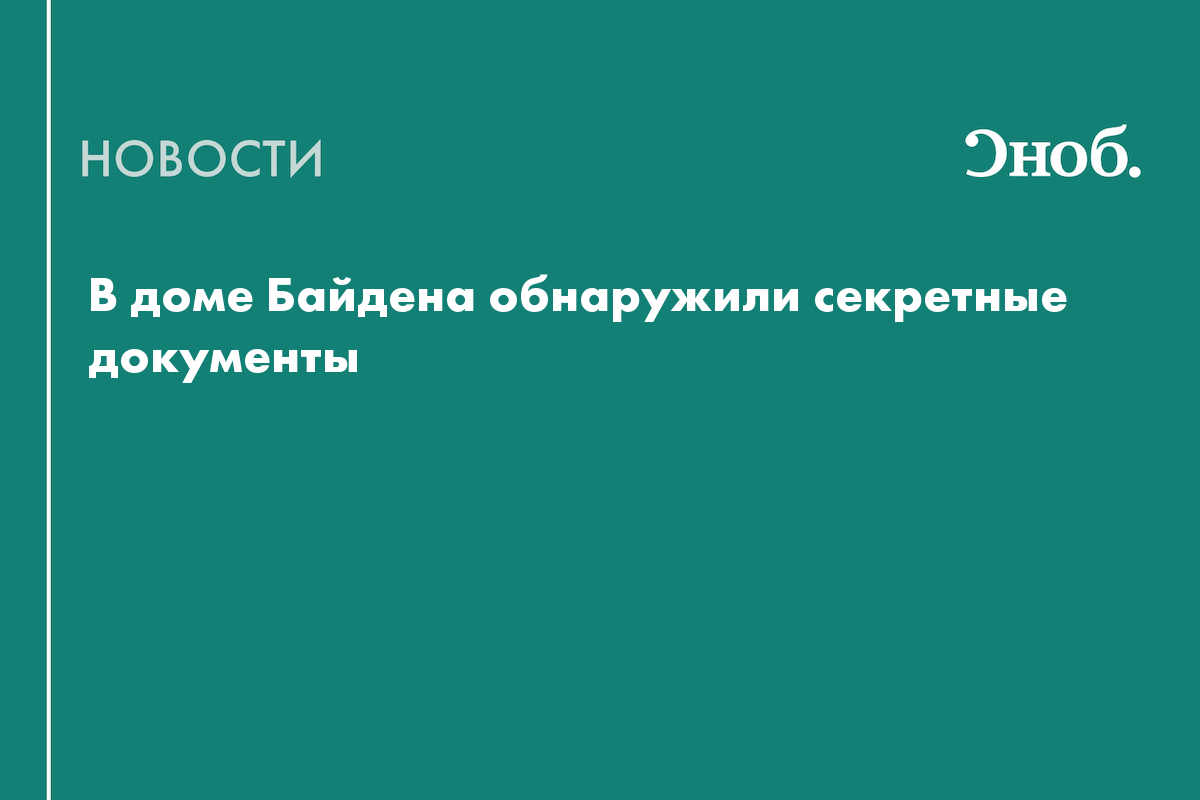 Documents were stored in a closed garage

Secret documents found at the home of US President Joe Biden in Delaware. It is reported by CNN with reference to the White House legal adviser.

According to Biden, the documents were stored in a closed garage, reports CBS News. In particular, the materials were in a warehouse in the garage and in one of the rooms of the president’s house. Lawyers immediately organized the transfer of documents.

Searches also took place in another Biden house, but no secret documents were found there.

In November 2022, Biden-affiliated think tank Penn Biden Center found classified documents relating to his tenure as vice president under Barack Obama from 2013-2016. According to CNN, the materials contained intelligence about the UK, Iran and Ukraine.

On August 9, 2022, it became known that the house of former US President Donald Trump was searched. As a result, agents of the Federal Bureau of Investigation seized 11 sets of classified documents, which included materials with intelligence about Iran and China, wrote The Washington Post.

Trump is going to run in the 2024 presidential election

According to Trump, these documents have been declassified. The former US president said that the FBI did not have to seize anything, as he planned to hand them over to the authorities himself.