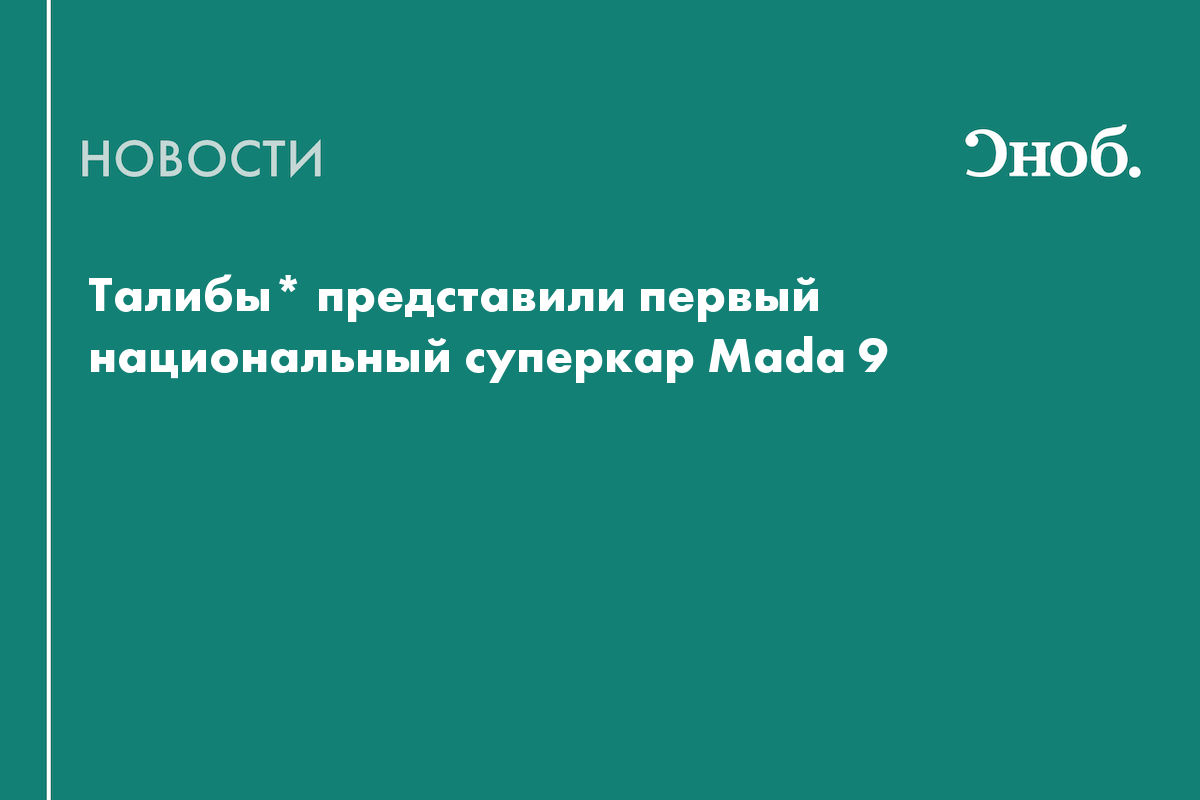 Specifications of the car have not yet been disclosed

Afghan developers showed a prototype of their first supercar Mada 9. This was reported by ToloNews TV channel.

Over the course of five years, 30 engineers from the Kabul Vocational Institute and ENTOP worked on the creation of the car. The release of the supercar was commented by the representative of the Taliban ruling in the country * Zabiullah Mujahid. He stated that the development is a pride for his country, and thanked the Ministry of Vocational Education for organizing work on it.

What are the technical characteristics of Mada 9, not yet reported. The Daily Mail writes that the supercar is powered by a modified Toyota Corolla engine.

ENTOP does not exclude that in the future the model will appear not only in the domestic market, but also abroad. Also, it is likely that the supercar will be able to participate in world exhibitions.