Turchak: deferment from mobilization for fathers of three children remains 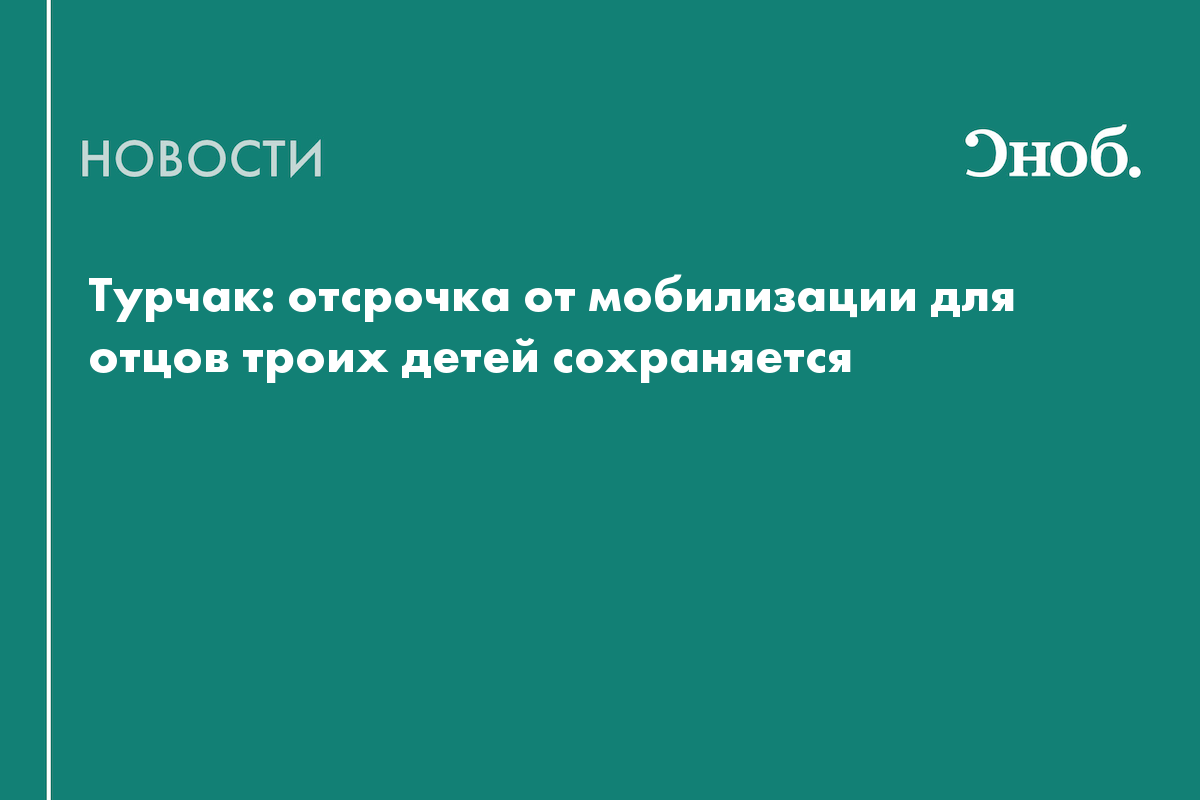 Earlier, the military commissar of the Trans-Baikal Territory and deputy Nina Ostanina announced the cancellation of the directive

The deferment from mobilization for fathers of three or more children continues to apply. This was reported by TASS with reference to Andrei Turchak, Secretary of the General Council of the United Russia party.

According to him, the relevant directive of the General Staff, which was issued in October, continues to operate. Turchak said that this issue was “worked out” with the Ministry of Defense in order to “stop all speculation on this topic.”

Earlier, the chairman of the State Duma Committee on Family, Women and Children, Nina Ostanina, citing Irina Kirkora, a member of the Human Rights Council under the President of Russia, announced the cancellation of the deferment from mobilization for fathers of three children. On January 13, the military commissar of the Trans-Baikal Territory, Yuri Shuvalov, also announced the cancellation of the directive.

Partial mobilization in Russia was announced on 21 September. At first, fathers with many children with four or more dependent children had the right to deferment. However, on October 13, Andrey Kartapolov, chairman of the State Duma Defense Committee, said that the Ministry of Defense, as a “goodwill gesture,” extended the delay to fathers with three children. At the same time, the postponement was not fixed by law, and the deputies did not support the relevant amendments.

The Kremlin said they “know nothing” about the postponement being lifted. The Ministry of Defense hotline told the Daily Storm that the issue is “still being worked out.”

On October 28, the department reported to the president that the planned 300,000 people had been recruited into the Armed Forces. On October 31, the Ministry of Defense announced the end of the draft.

On the same day, Russian President Vladimir Putin assured that partial mobilization had been completed. The President did not sign the decree on the end of mobilization. The Kremlin noted that this is not necessary.

In December, Putin said that now there is no need for additional mobilization.

Video zoomer news: about postponement and fakes about partial mobilization