Brussels has accelerated work on the tenth package of sanctions against Russia – member countries want to adopt a new package before the Ukraine-EU summit in Kyiv, scheduled for early February. 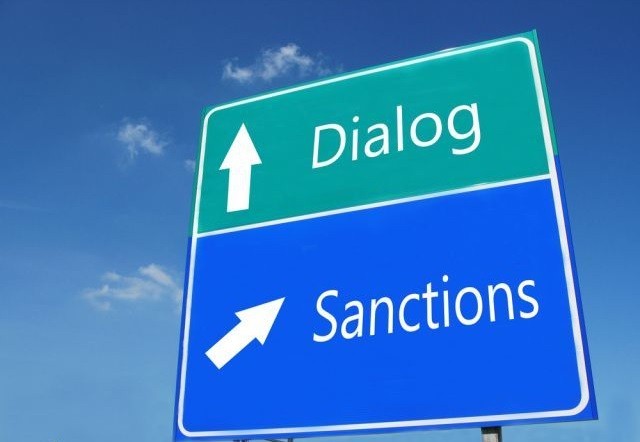 Judging by the statements of EU officials, the new, 10th package of EU sanctions will be aimed at eliminating “loopholes” to circumvent or weaken the effect of previously adopted restrictions. Iran may fall under a new sanctions strike.

In addition, the leadership of the EU and the White House are increasingly required to decide on the fate of the frozen Russian assets. On their speedy confiscation and transfer of proceeds to Ukraine.

EU diplomats are reluctant to talk about the details of the new package, because, they emphasize, it is important not to lose the element of surprise.

“Once again, an attempt is being made to extend sanctions on the export of Russian diamonds. The cost of exporting diamonds to the Russian budget is estimated at 4.5 billion euros. This is a considerable amount,” said the EU diplomat. The new sanctions will also apply to products that could potentially be used by the Russian military. The sanctions lists are also planned to be expanded to include more individuals responsible for Russia’s NWO in Ukraine.

Belarus could also be subject to new sanctions for continuing to support Russia’s military actions against Ukraine. In this case, according to one of the diplomats, we are talking about “synchronization of Belarusian sanctions with Russian ones, especially sectoral ones, in those areas where Minsk cooperates with Moscow militarily.”

In addition, Ukraine expects that the 10th package of European Union sanctions against Russia will contain restrictions against the Russian nuclear industry, in particular against the state corporation Rosatom. Prime Minister Denys Shmyhal announced this on his Telegram channel.

On December 16, the EU Council approved the 9th package of sanctions against Russia for the ongoing NWO in Ukraine. At the same time, the nuclear power industry of the Russian Federation did not fall under European sanctions.

On the subject: Why sanctions do not affect nuclear energy

The International Atomic Energy Agency (IAEA), the UN’s nuclear watchdog, has repeatedly expressed concern over the shelling of the Zaporozhye nuclear power plant. The IAEA has also proposed the creation of a nuclear safety and security zone around the power plant.

The adoption of sanctions in the EU always requires unanimity. In this context, some diplomats fear that Hungary may delay the adoption of new restrictions, as it has done in the past.

The Hungarians have already stated that they will not agree with some names in the sanctions lists. It can be expected that there will be further tensions with Budapest, the EU official said.

The message Vigorous sanctions or that in the tenth package from the European Union appeared first on TEKNOBLOG.