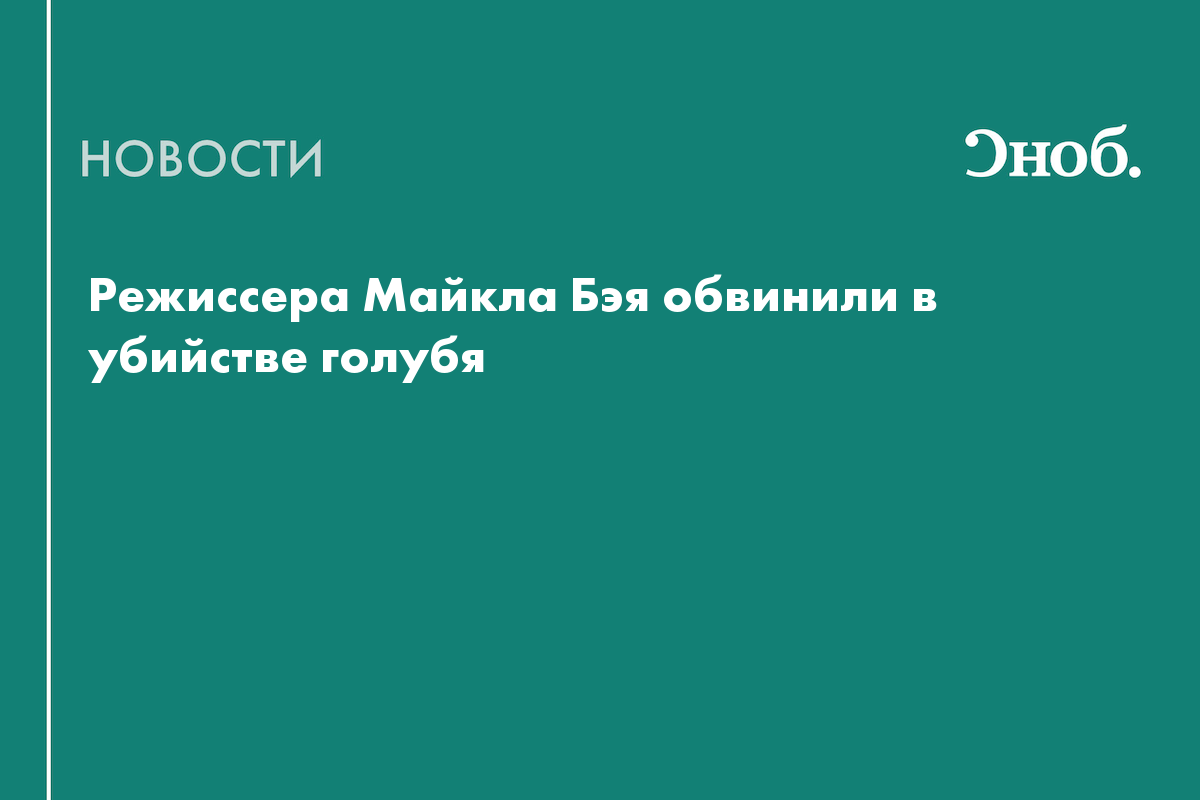 The director of “Armageddon” and “Transformers” Michael Bay was accused of killing a dove during filming in Italy. The Wrap writes about it. In Italy, killing or harming a street bird is considered a crime.

Local authorities, citing eyewitness testimony, claim that in 2018 a pigeon was crushed by a camera cart.

The director denies these allegations. According to him, only domestic pigeons were used during the filming of the action movie The Phantom Six. None of them were hurt, the painting team noted.

Bay also said he has videotapes and witness statements that refute the allegations. The director emphasized that not a single animal was harmed in his entire career.

The cinematographer added that the Italian authorities offered him to “get off” with a small fine, but Bay intends to prove his innocence in court.