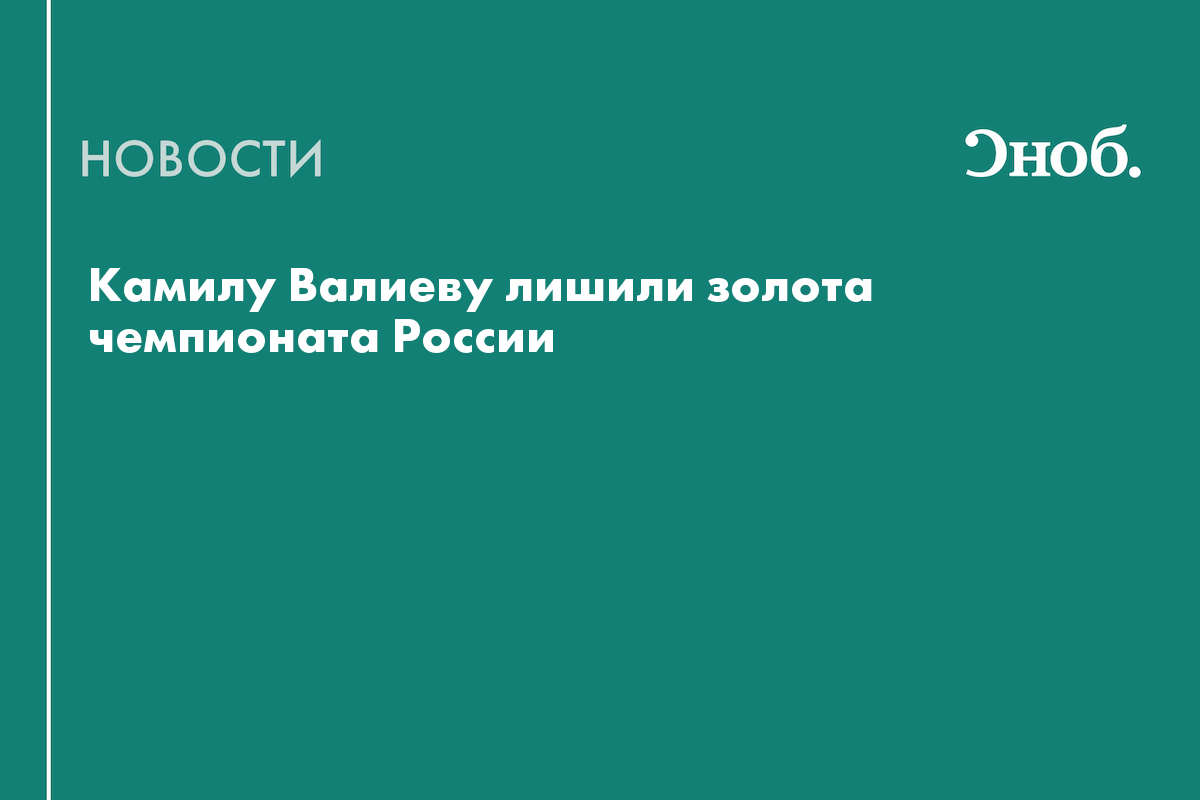 The medal will go to Alexandra Trusova

The Russian Anti-Doping Agency (RUSADA) annulled the results of figure skater Kamila Valieva on the day of taking a positive doping test on December 25, 2021. Then she won the gold of the championship of Russia. This was reported on the website of the World Anti-Doping Agency (WADA).

The gold medal will go to Alexandra Trusova, silver to Anna Shcherbakova, and bronze to Adelia Petrosyan.

WADA demanded from CAS to disqualify Valieva for four years

On January 13, RUSADA ruled that the athlete bears “no fault or negligence” for the anti-doping rule violation. No sanction was imposed by the Disciplinary Committee other than the disqualification of her results as of the date of sampling.

WADA also announced its readiness to appeal this decision to the Court of Arbitration for Sport (CAS).

In February, Kamila Valieva won gold in the Beijing Olympics in the team tournament. Then it became known that in the doping test of the athlete, handed over at the end of December 2021 at the Russian Championship, they found trimetazidine.

CAS allowed Valieva to the individual competition, where she placed fourth, but failed the free skate. The IOC refused to award medals to athletes following the results of the team tournament until the completion of the investigation into Valieva’s case, which was handled by RUSADA.