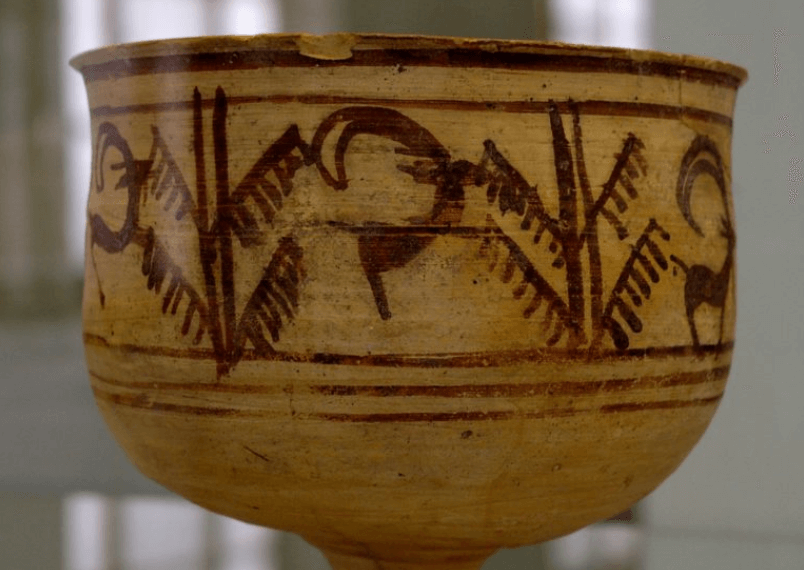 The first animation was created at least 5200 years ago

Animation is considered a modern art form, whose birthday is celebrated on August 30, 1877, when hand-drawn animation was patented by Émile Reynaud, a French inventor and artist. Recently, however, there is evidence that dynamic images, consisting of individual pictures, were known to people in prehistoric times. One of the artifacts, discovered in the 19th century, suggests that the principles of constructing animations were known to people at least 5200 years ago. However, according to some anthropologists, people were able to turn individual drawings into a dynamic picture even in the days of cave painting. At first glance, this seems like something incredible, but experts cite weighty arguments in support of their words.

Rock art could be animation

All over the world, in caves, scientists find drawings of ancient people. Usually they represent silhouettes of people and animals, scenes of hunting, etc. Recently, anthropologists have begun to say that some of these drawings could represent moving scenes, that is, a primitive semblance of animation. This is evidenced by some features of such images – the silhouettes are layered on top of each other and captured in motion. Surprisingly, the contours of the animals are not separated, because it would be more logical to draw the animals separately.

In addition, researchers often noticed oddities in such drawings, for example, an extra leg or even a head. Subsequently, scientists suggested that these pictures could “come to life” in the light of a flickering fire. Of course, these first animations were not as realistic and fluid as those that appeared in the XIX. They did not even consist of individual frames. But, quite possibly, they show that the desire of people to recreate movements goes back to the Stone Age.

Many cave paintings may be primitive ancient animations that come to life in the flickering light of a campfire.

Even more striking evidence of an attempt to recreate the movements of animals are the images of a buffalo in the Chauvet cave in France. The drawings are strikingly reminiscent of separate “frames” depicting a moving buffalo. The picture comes to life when the light of the torch moves along the wall with the picture. These drawings were painted on the wall 35,000 years ago. If this is indeed animation, then it is already more perfect than the overlapping outlines of animals.

It must be said that Mark Azema, a Paleolithic researcher, in his 2015 article describes many more different animations created by ancient people. Often the images contain repetitive movements of animals, similar to frames in modern animations.

Why and how could the first cave animations appear? We know how our imagination in the dark or in poor lighting draws all sorts of pictures. It is quite possible that ancient people also saw certain images in the natural reliefs of cave walls. And in the flickering light of the fire, these images also began to move. This assumption is confirmed by the fact that ancient people often used wall reliefs and cracks as elements of their drawings.

Countless small flat stones with carved drawings of animals and people have long been a mystery to scientists. Similar artifacts have been found in different parts of Europe. The age of the tiles is about 10,000 years. Researchers for a long time could not understand their purpose.

Many tiles show signs of heat damage. Initially, scientists assumed that they arose by chance. However, a study by archaeologists from the University of York and Durham showed that the traces of thermal impact appeared as a result of the fact that the stones were deliberately placed close to the fire.

Based on the complex nature of the drawings and signs of discoloration caused by elevated temperatures, the researchers speculated that they were purposely placed next to the flames to create an animated effect.

If it is still possible to argue about the evidence of animation described above, then the artifact, which will be discussed later, is an example of ancient animation without any doubt. This is a goblet that was discovered during excavations in southeastern Iran back in the 19th century. At first glance, it is unremarkable. At first, the researchers did not even attach importance to the pattern with which the goblet was decorated. It contains five fragments arranged in a circle, which depict a jumping goat in motion.

Only in the 60s of the last century, scientists discovered that when the goblet rotates, the goat “comes to life” and starts jumping up to get a leaf from a tree. The age of this cup is about 5200 years. Therefore, we can say with confidence that the first animations did not appear at all in the 19th century, but thousands of years earlier. And finally, we recall that ancient people painted not only animals, but also abstract drawings on the rocks. What did they mean? More details about this can be found at the link.