Ten servicemen injured in explosion of ammunition in Belgorod region 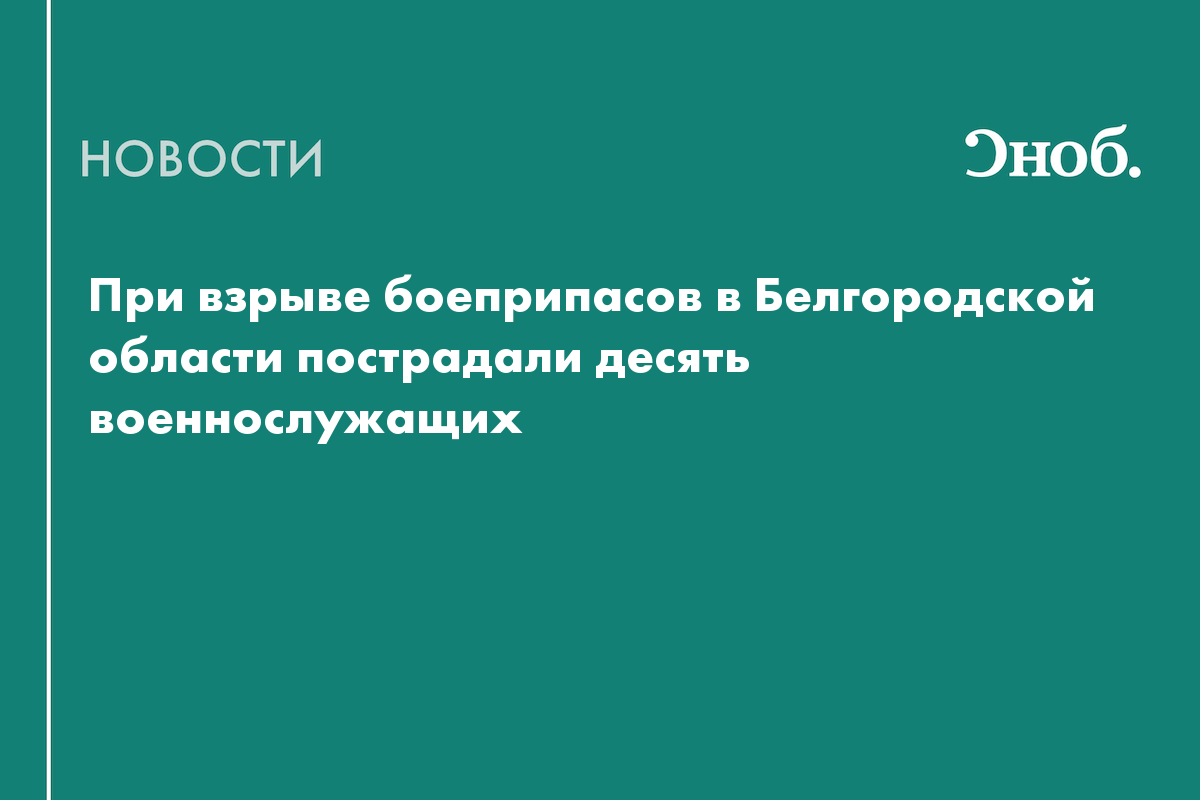 The incident happened on the night of January 14

On the territory of the former building of the house of culture and elementary school, located on the Tonenkoye farm in the Belgorod region, a fire broke out due to the detonation of ammunition. This is reported by TASS with reference to emergency services.

The incident happened on the night of January 14th. According to a spokesman for the department, ten servicemen were injured in the incident.

TASS: a fire broke out in the OMON building in Moscow

Also, the emergency services reported that the rescuers were forced to evacuate 15 residents of private houses, which are located near the scene.

The head of the Belgorod region, Vyacheslav Gladkov, said that there were no casualties among the civilian population. Currently, work is underway to eliminate the consequences of the fire.

Later, RIA Novosti, citing emergency services, reported that three servicemen were killed and 13 were injured as a result of the detonation of ammunition.