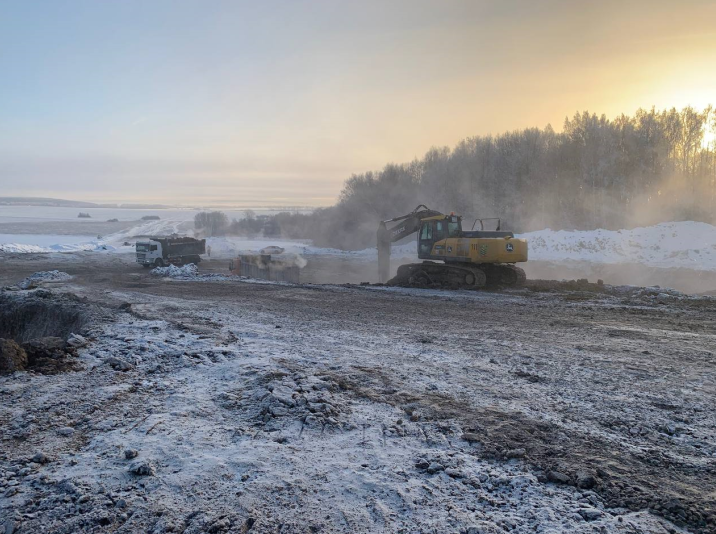 The Dyurtyuli-Achit toll highway will become part of the M-12 Moscow-Kazan-Yekaterinburg highway under construction. In December 2022, Russian President Vladimir Putin supported a proposal to name the M-12 highway “Vostok”, and the transport corridor from St. Petersburg to Vladivostok – “Russia”. Glavgosexpertiza of Russia issued positive conclusions for the construction of two sections of the first stage Dyurtyuli-Achit on the territory of the Republic of Bashkortostan. Previously passed the examination projects of the second and third stages in the Perm Territory and the Sverdlovsk Region. The total length of the highway is 275 km.

The sections of the first stage of construction of Dyurtyuli-Achit are located at the 0-90 km mark (stage 1.3.1) and 90-140 km (stage 1.3.2). The works will be carried out in Dyurtyulinsky, Buraevsky and Tatyshlinsky districts of the Republic of Bashkortostan. Design solutions have been developed for the main construction projects of a four-lane IB category motorway. Construction length of stage 1.3.1 will be 90.1 km, stage 1.3.2 – 50.475 km. The projects of both sections include the construction of bridge crossings over water barriers.

“To ensure the migration of wild animals at the first stage of the Dyurtyuli-Achit route, it is planned to build bio-crossings. In addition, the draft stage 1.3.1 provides for measures to preserve the newly identified cultural heritage site “Tugay-1, settlement” located near the road construction site, – said Irek Sabirov, Chief Specialist of the Comprehensive Expertise Department of the Privolzhsky branch of the Glavgosexpertiza of Russia.

As Deputy Prime Minister of the Russian Federation Marat Khusnullin said earlier: “We plan to complete the construction of the Moscow-Kazan highway by the end of 2023, which will be a record time for the construction of a highway of this level and length. The section Kazan – Yekaterinburg, or rather, Dyurtyuli – Achit will be completed in 2024. The President set us the task of launching high-speed traffic along the highway from St. Petersburg to Yekaterinburg as early as 2024, and after the launch of the M-12, the travel time will be halved: from Kazan to Yekaterinburg – 7 hours, and from St. Petersburg to Yekaterinburg – about 17 and a half hours.

The customer is the State Company “Russian Highways” (SC “Avtodor”).