KamAZ demolished a minibus at a crossroads in Volgograd. Passengers took to the road 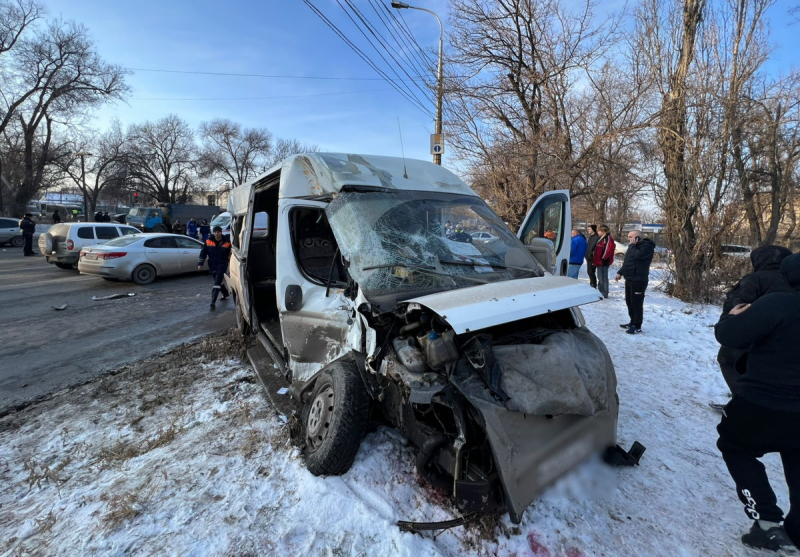 A terrible accident in the Kirovsky district of Volgograd claimed the lives of several passengers of a fixed-route taxi. According to police, a KamAZ truck crashed into a Peugeot minibus, throwing the minibus into the oncoming lane, where it collided with a passenger car. As a result, three passengers, including one child, died on the spot. Eight others were hospitalized.

The emergency services said that, most likely, KamAZ drove through the intersection on red or flashing yellow. The truck drove into the side of the minibus, the car turned around and took out into the oncoming lane, where it collided with a KIA sedan.

According to eyewitnesses, the people who were in the minibus literally flew out of the passenger compartment and fell under the wheels. The Ministry of Internal Affairs clarified that the dead were an underage boy and two women aged 76 and 56.

KamAZ itself transported grain, it was traveling from Dagestan. Moreover, the last time a grain carrier had an accident was quite recently – on January 6, and it was in the Volgograd region.

Earlier, Secret reported that in the Ivanovo region, two snowmobiles collided on the Volga and caught fire. One participant in the accident died and the other was seriously injured.