Russia expects Western sanctions to have a significant impact on its exports of petroleum products and hence on its production. 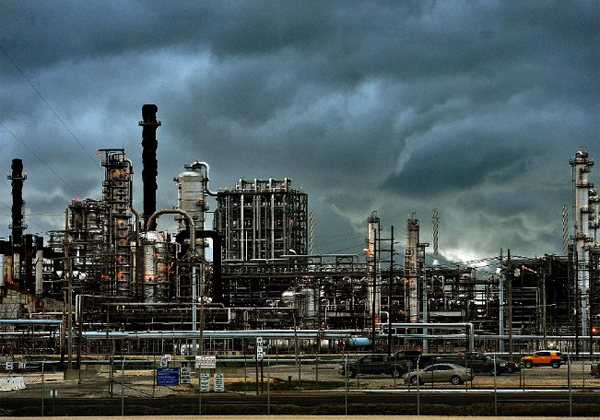 In what the West calls unprecedented sanctions and President Vladimir Putin considers a declaration of economic war, the United States and its allies are trying to limit the economy of Russia, the world’s second-largest oil exporter after Saudi Arabia. – Reuters writes about this in an article yesterday.

In an attempt to punish Russia for the conflict in Ukraine, the European Union has banned maritime imports of Russian oil from December 5 and Russian oil products from February 5.

“The embargo on oil products will have a bigger impact than restrictions on crude oil,” a senior Russian source told the agency, who spoke on condition of anonymity because of the delicate situation.

According to their source, the sanctions will lead to an increase in the supply of crude oil from Russia. Crude oil is easier to export than petroleum products, which require smaller tankers and markets in close proximity, while crude oil can be delivered to distant regions in Asia and the Americas.

“We assumed that the two embargoes combined would reduce Russian oil production and total exports by possibly 1 million barrels per day by the end (first quarter) of 2023.”

A senior Russian source at the agency gave an average forecast of a 15% decline in refining this year, in line with the official forecast.

In 2022, the output of oil products in Russia increased by almost 3% to 272 million tons and, according to the official forecast, will decrease to 230 million tons this year.

The Russian Energy Ministry did not respond to the agency’s request for comment.

Despite a Western oil embargo unseen even during the Cold War crises, Russia’s oil production, which is concentrated in Western Siberia, has shown resilience so far as crude oil production surged in 2022.

The G7 countries, Australia and the 27 countries of the European Union also imposed a $60 per barrel price cap on Russian oil on December 5, although Russian blends traded below that level.

The G7, which includes the US, Australia and the EU, has been developing a similar mechanism for limiting prices for diesel fuel, kerosene and fuel oil since February 5.

Putin called on Russian oil producers to divert supplies from Europe to other markets such as Asia and Latin America. Deputy Prime Minister Alexander Novak said last week that Russian oil producers had no problem closing export deals despite sanctions and price restrictions. China and India are increasing purchases.

Novak said that the main problem for Russian oil is the high discount compared to international benchmarks, as well as rising freight costs.

A Russian source said that Russia hopes to restore the export of petroleum products from the second half of the year by creating new supply chains.

Oil product exports averaged about 1.2 million barrels per day in 2022, according to the International Energy Agency.

As Vedomosti reported on January 11, citing two sources familiar with the ministry’s data, oil production in Russia between January 1 and 9 increased by 0.1% compared to December and amounted to about 10.9 million barrels per day. .

Sources at four major Russian refineries said their production plans for February have not yet changed. the agency concluded.

Recall that the last 10 years of the Russian oil industry were marked by large-scale work on the modernization of refineries for the production of highly processed products. Companies were going to reduce their dependence on crude oil exports. The main goal of modernization was to increase the volume of exports of final oil products, such as fuel oil, diesel fuel, gasoline to the European market.

The message Russian oil refining may be in for some very difficult times appeared first on TEKNOBLOG.