The ‘handsome’ face of Ancient Egypt’s most powerful pharaoh, Ramesses II, can be seen for the first time in 3,200 years thanks to a new scientific reconstruction. Scientists from Egypt and England have teamed up to capture an image of the king at the time of his death, using a 3D model of his skull to recreate his features. 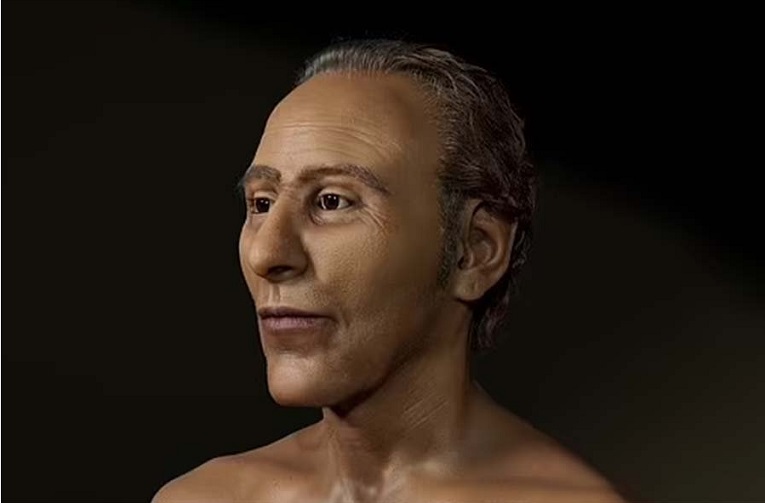 They then reversed the aging process, turning back time by almost half a century to show his face in his prime. The result was the first “scientific facial reconstruction” of the pharaoh, based on a CT scan of his real skull.

Sahar Salim of Cairo University, who created the 3D model of the skull, said the result showed a “very handsome” ruler.

She said: “I find the reconstructed face to be a very handsome Egyptian with features characteristic of Ramesses II – a pronounced nose and a strong jaw.”

Caroline Wilkinson, director of the Face Lab at Liverpool John Moores University, who reconstructed the pharaoh’s face, described the scientific process. First, a computed tomographic (CT) model of the skull is taken, which gives a three-dimensional shape of the skull, which, in turn, can already be transferred to a computer system.

The project is the second of its kind that Sahar has recently led, following a scientific reconstruction of Tutankhamun’s face done in collaboration with royal sculptor Christian Corbet.

According to the professor, this process helps to restore the humanity of the mummies.

“Putting a face on a king’s mummy will humanize him and create a bond, as well as restore his legacy. King Ramesses II was a great warrior who ruled Egypt for 66 years and initiated the world’s first treaty. Drawing a face on the mummy of Ramesses II in his old age and younger version reminds the world of his legendary status,” she said.

However, the reconstruction of the face of a long-dead pharaoh is not without problems. For example, the skull alone cannot reveal all aspects of a person’s appearance.

The hardest part is what happens after the form; so all this information about skin color, blemishes, wrinkles, hair and eye color. In this case, known written texts about the pharaoh were used, and there were also preserved mummified soft tissues of his face for work.

This process has also been tested using living subjects, allowing comparison of the CT-based reconstruction with reality.

Professor Salim said: “This is the only scientific reconstruction of the face of Ramesses II, based on a CT scan of his real mummy. Previous attempts have been unscientific and mostly artistic.”