The Rosenburg wind wall is a unique structure designed to protect large ships from strong winds passing through a narrow channel on their way to the port. 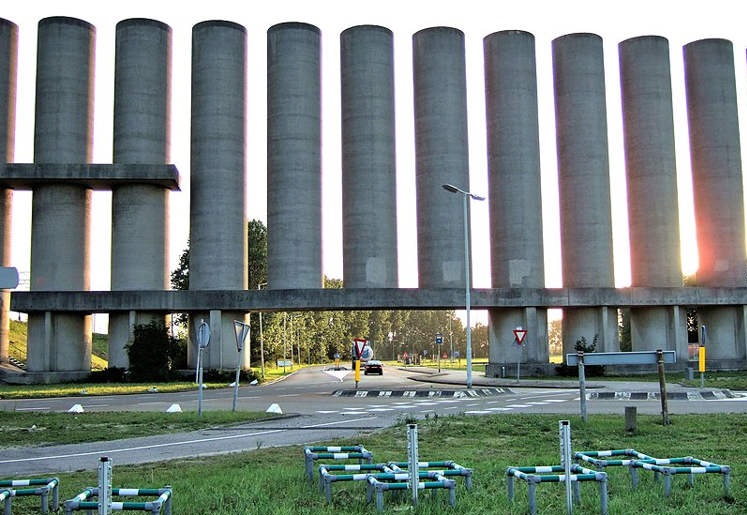 After the Second World War, the Dutch port city of Rosenburg grew significantly, and in order to cope with the ever-increasing maritime traffic, a new canal was built in the 1960s, parallel to the already existing New Waterweg canal.

The Kalandia Canal, named after the civil engineer who built the New Waterweg, was a huge success, but it too was soon overwhelmed by ships using it, primarily due to their size.

The gigantic freighters were so large that strong winds blowing off the sea would blow them off course as they passed through the narrow channel, threatening to run them aground. Therefore, local authorities began to look for solutions to this problem.

In the mid-1980s, architect Martin Struijis and artist Frans de Wit were commissioned to create a special windbreak. Their structure consisted of more than 100 concrete slabs, some of which were concave, arranged in a row for 1.75 kilometers. Their creation became known as the Rosenburg Wind Wall.

In the southern part of the Kalandia Canal, the wind wall consists of concrete structures 18 meters wide and 25 meters long. Near the bridge, the pattern of the wall changes, where the concrete slabs are only 4 meters wide, but they are closer together.

Although the Rosenburg wind wall looks more like an art installation, it reduces the force of the wind by 75 percent, allowing even the largest cargo ship to pass through without problems.