Thousands of buildings of the Mayan civilization were discovered by archaeologists in the north of Guatemala. Dating back to the preclassic Mayan period (1000 BC to 150 AD), the buildings cover an area of ​​approximately 1,685 square kilometers and are connected by 177 kilometers of ancient roads. 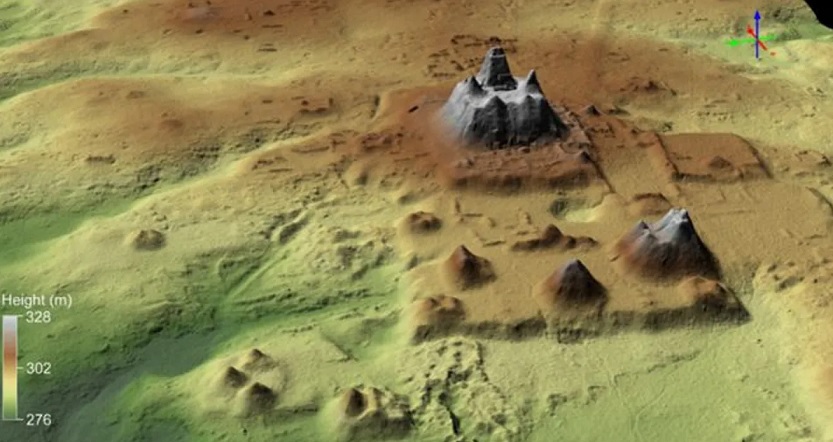 Researchers using lidar discovered a huge network of many settlements. Lidar is a detection system that reflects laser signals from denser surfaces to reveal hidden objects and structures.

Flying over the Mirador Calakmul Karst Basin in Guatemala (MCKB), the team used technology to penetrate the dense jungle canopy and expose the ancient structures lurking underneath.

“The lidar survey revealed an extraordinary density and distribution of Mayan sites, many of which are directly or indirectly connected by an extensive network of dams,” the researchers write.

In total, they found 775 sites within the Mirador-Calakmul karst basin in Guatemala, and another 189 in the surrounding karst range. These 964 objects were grouped into 417 cities, towns and villages that are part of a single unified civilization.

“The coherence of architectural forms and patterns, ceramics, sculptural art, architectural patterns and unifying structures of dams in a certain geographical area suggests a centralized political, social and economic organic solidarity between residents,” the authors of the study explain.

Previously, archaeologists believed that this low-lying corner of the Maya empire was sparsely populated, but the complexity of the discovered sites now suggests otherwise.

“The scale of labor involved in the construction of massive platforms, palaces, dams, dams and pyramids dating back to the Middle and Late Preclassic periods suggests that they could have organized thousands of workers to do so,” the researchers say.

To build such a civilization would require highly skilled “lime producers, mortar and quarry specialists, masons, architects, logistics and agricultural procurement specialists, as well as law enforcement and religious figures operating in an environment of political and ideological homogeneity,” they explain.

Among the many architectural surprises present in the region, researchers highlight the amazing network of dams as “one of the main achievements” of the ancient Maya. In total, the team identified 133.22 kilometers of roads connecting the various communities, and another 38.23 kilometers of on-site dam.

According to them, the existence of these transport links would allow people to easily visit other settlements, as well as facilitate collective labor efforts.

Large platforms and pyramids have been found in some places, suggesting that they may have served as political centers. Also, 30 ballcourts were found located in different places in the system.

Also, since there are no year-round rivers or lakes in the region, the existence of such a large population would require extensive water harvesting projects. Accordingly, the researchers found 195 artificial reservoirs, as well as a network of canals to transport water throughout the region.

The study was published in the journal Ancient Mesoamerica.

Scientists have found the "Book of the Dead" 16 meters long. This is the first such find in the last 100 years. In ancient Egypt, the cult of...