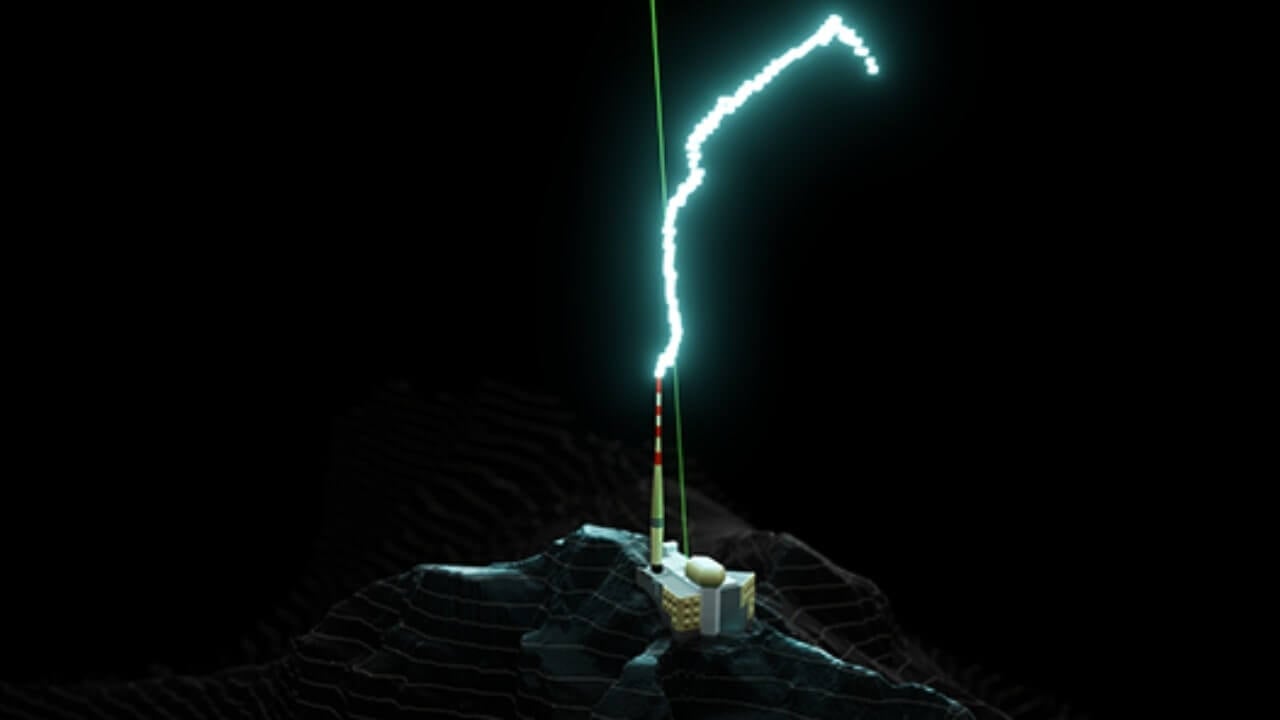 Lightning is extremely hot – just one flash can heat the air to a temperature five times the temperature of the surface of the Sun. Due to a sharp jump in temperature, the air surrounding the lightning creates the peals of thunder that we hear when we see a flash. In fact, lightning is a powerful electrical discharge that occurs in thunderclouds. Once, for example, in a tree or a house, it can cause a fire and death. So, in order to protect buildings and their inhabitants from such a fate, almost three centuries ago, the American politician and intellectual Benjamin Franklin invented a lightning rod. Since then, these metal grills over buildings have saved thousands of lives and critical facilities, and Franklin’s invention formed the basis of all subsequent developments in this area. And yet, something interesting happened recently – engineers have developed a device for controlling lightning using a laser. The latter, as it turned out, works like a lightning rod, scattering atmospheric discharges.

What is the danger of lightning?

According to statistics, every second the surface of our planet receives at least a hundred lightning strikes, each of which moves at a speed of more than 320,000 kilometers per hour and generates a huge amount of electricity. Lightning strikes during thunderstorms create radio frequency interference and power surges that shorten the life of electronic devices.

Thus, lightning strikes are responsible for 20% of cases of damage to electrical equipment in residential and office premises, and the remaining 80% are due to power surges. But what is especially interesting is that according to the State Electric Grid Corporation of China, in 84% of cases of equipment damage, lightning protection did not work, although the lightning rods themselves work properly. 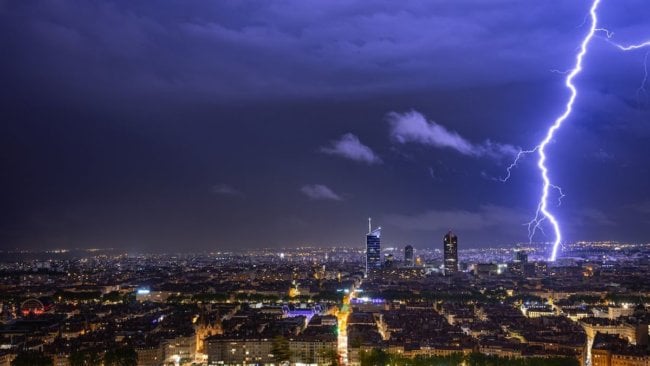 Lightning strikes are a serious problem not only for electronics

In addition to being a threat to all types of electrical and communication networks, lightning strikes are life threatening. Researchers identify five different ways a person is struck by lightning. Thus, the victims of a direct blow are most often in open areas, and part of the current passes along the surface of the skin and directly above it, the other part passes through the body – usually through the cardiovascular and / or nervous systems.

What is a lightning rod? 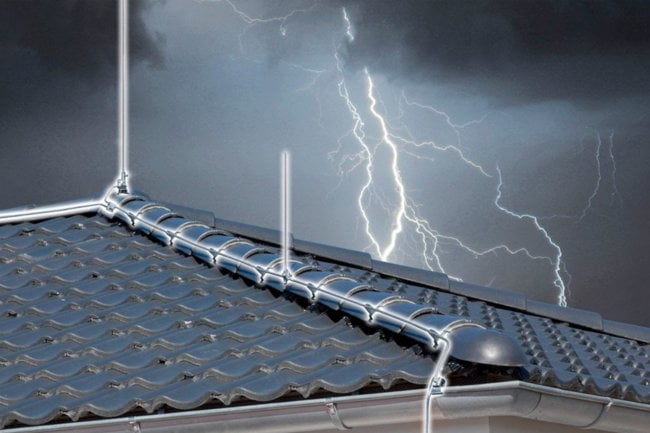 To put it quite simply, The lightning protection system provides an easy lightning path to the ground. Each part of the “Franklin rod” is made of aluminum or copper and is installed at the highest point of a building or other structure.

Lightning rods are also connected to other metal components such as a TV antenna and down wires connecting the rod and the grounding system. Interestingly, lightning rods can be installed on any number of buildings and other structures. 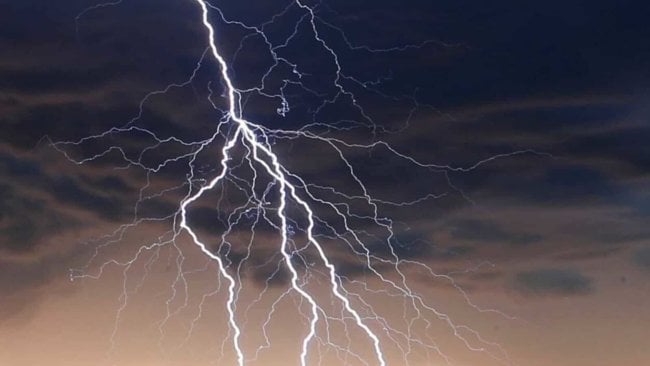 Lightning is an electrical spark discharge in the atmosphere that can usually occur during a thunderstorm, manifested by a bright flash of light and accompanying thunder.

By the way, wooden structures without Franklin rods are at risk of fire, and porous or water-saturated building materials, such as brick and concrete, can even explode after a lightning strike.

Can a laser protect against lightning?

Recently, a group of scientists from the University of Geneva and other research centers developed the world’s first laser lightning rod. With its help, according to the authors of the invention, it is possible to reflect lightning for tens of meters, even in bad weather. And despite the fact that it sounds unusual, in 2004 and 2011 researchers from around the world worked on it. True, no convincing evidence has been obtained so far.

Now powerful laser pointing at the sky, can be used as a lightning rod. The fact is that a powerful laser beam directed into the atmosphere ionizes the path that lightning follows and actually directs it to a certain place where it can be grounded. 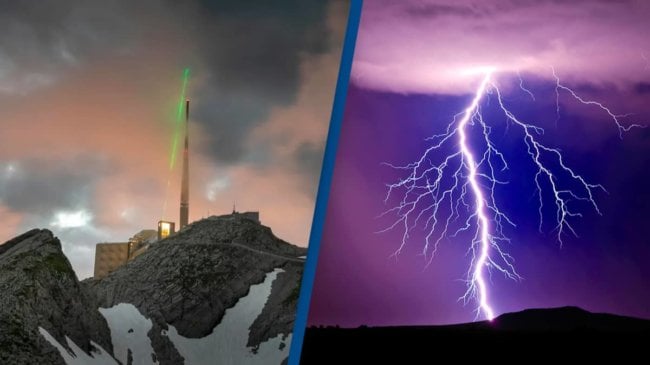 The device was tested on Mount Santee to protect a 124-meter telecommunications antenna.

To prove the theory works, the scientists conducted an experiment on Mount Santi in northeastern Switzerland, installing a new lightning rod next to a 124-meter-high telecommunications antenna. As a result, the new laser device caught and redirected the lightning bolt into the sky, preventing it from hitting the antenna.

We spent a year analyzing the data and came to the conclusion that the lightning bolt follows the beam for almost 60 meters before reaching the antenna. This means that the laser increases the radius of the protective surface from 120 to 189 cm, the authors of the experiment explain.

Since lightning strikes can be predicted, researchers at the Federal Polytechnic School of Lausanne (EPFL) have developed an artificial intelligence system that complements a laser lightning rod to predict lightning flashes. The new system makes it possible to predict an impact in 10-30 minutes over an area of ​​30 kilometers (with an error of 20%). 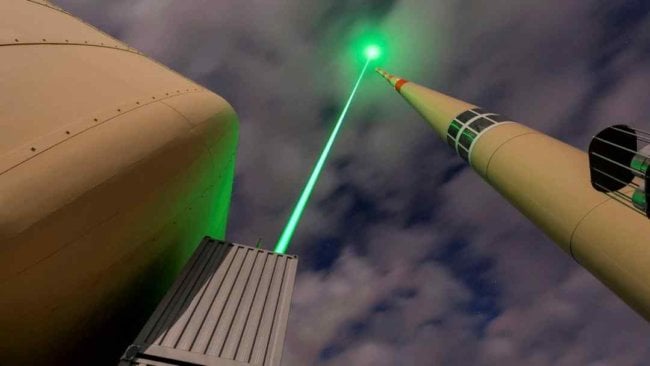 And while the new model has a fundamental advantage over previously developed systems, scientists have a lot of hard work ahead of them. Thus, researchers will have to understand exactly how lightning strikes occur and find the best way to protect buildings, aircraft, skyscrapers and people.

How to control lightning

The creators of the world’s first laser lightning rod have come to the conclusion that more research and experiments are needed, their results expand the current understanding of laser physics in the atmosphere and can help develop new strategies for protecting people and critical infrastructure. 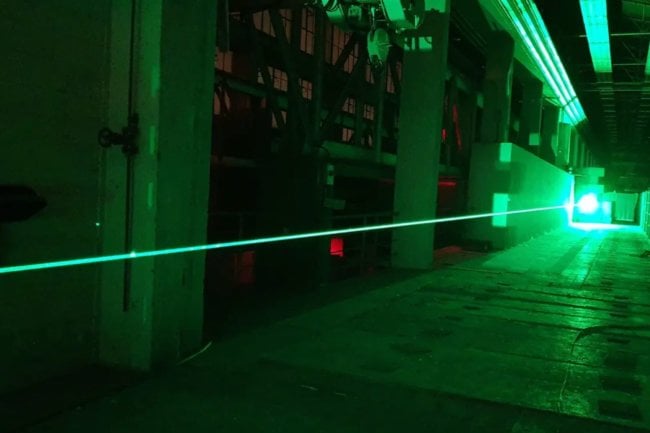 During the experiment, during six hours of operation during lightning activity, the laser changed the trajectory of four ascending lightning discharges.

The results are also of great importance for the study of climate change – lightning strikes over mountains (as a result of global warming) can trigger hurricanes and serve as an additional source of forest fires, which previously reached unprecedented levels. Scientists also hope that their development will significantly reduce the risk of lightning strikes in densely populated areas of metropolitan areas.