“Kommersant”: manufacturers have warned about the risk of a shortage of thickeners for yogurt 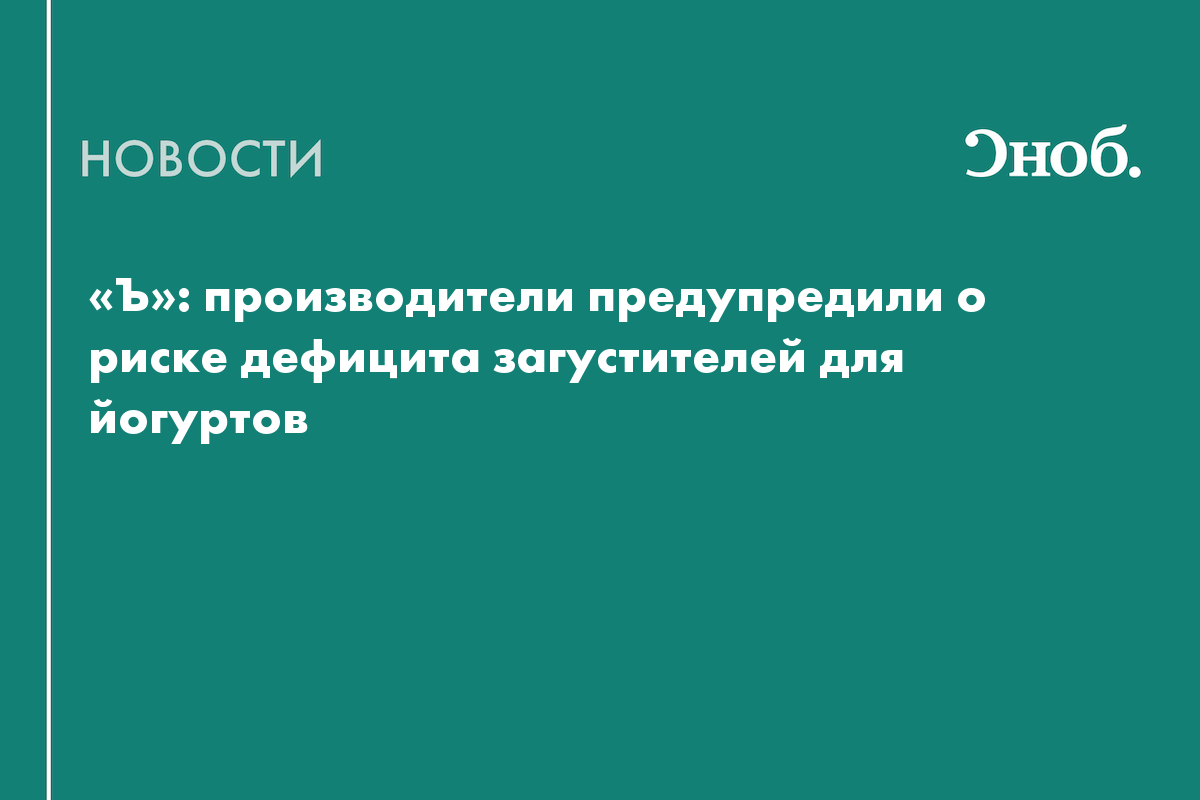 This may lead to a reduction in the production of desserts and yoghurts.

Dairy producers have reported the risk of a shortage of modified corn starches, which are used as thickeners. This may lead to a reduction in the production of desserts and yogurts, Kommersant writes, citing sources.

Such ingredients were mainly supplied from Western countries, but imports from the European Union were stopped due to sanctions. According to the interlocutor of the publication, Russia does not produce enough food starches, and it is rather difficult to find them in third countries.

The President of the Soyuzkrakhmal Association, Oleg Radin, specified that in 2021, about 71,000 tons of the ingredient were imported to Russia, and only about 9,000 were produced. In the country, food starches are produced by two factories with a capacity of about 50 thousand tons per year, but it is difficult to fully load the sites due to a lack of raw materials.

WHO announces global shortage of antibiotics

According to one of Kommersant’s sources, the problem is more acute for certain categories of products. He noted that alternative ingredients can be found for most of them. So, milk powder can be used as a thickener, but this will lead to an increase in production costs.

Efko and Viola reported that they had found alternative suppliers. For example, the latter switched to local starch and agreed with several manufacturers from Asia.