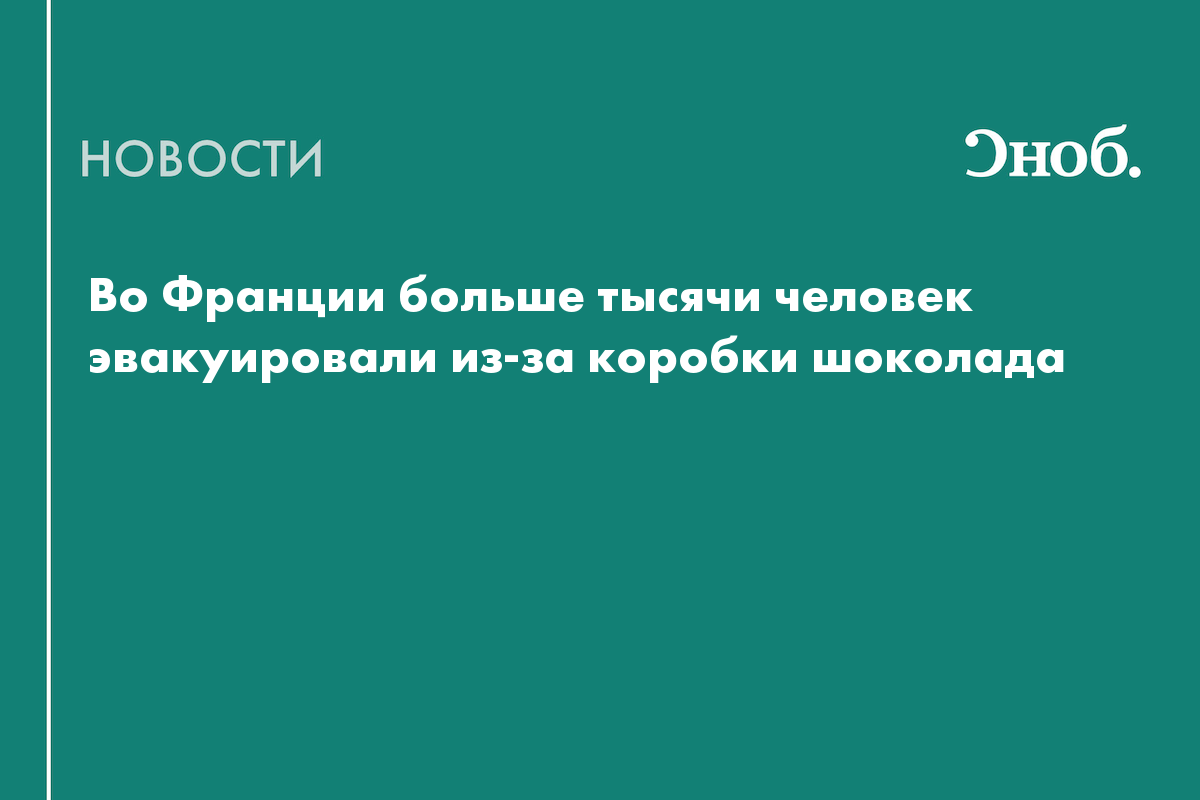 It was sent from Russia

Students of the Massena Lyceum in Nice, France had to evacuate because of a box of chocolates. It is reported by Nice Matin.

The evacuation was announced at approximately 8:55 (10:55 Moscow time). 1700 students were taken out of the building. Felix Fora Avenue, where the school is located, was blocked, and traffic in the area was restricted. The sappers who arrived at the scene determined that the package was safe. After about an hour, classes at the lyceum continued.

The suspicious package came from Russia, principal Gilles Klechek told Nice Matin. According to him, a square box about 40 centimeters in size was sent from Moscow. On the parcel, it was written in Cyrillic that it was “addressed to the entire institution.”