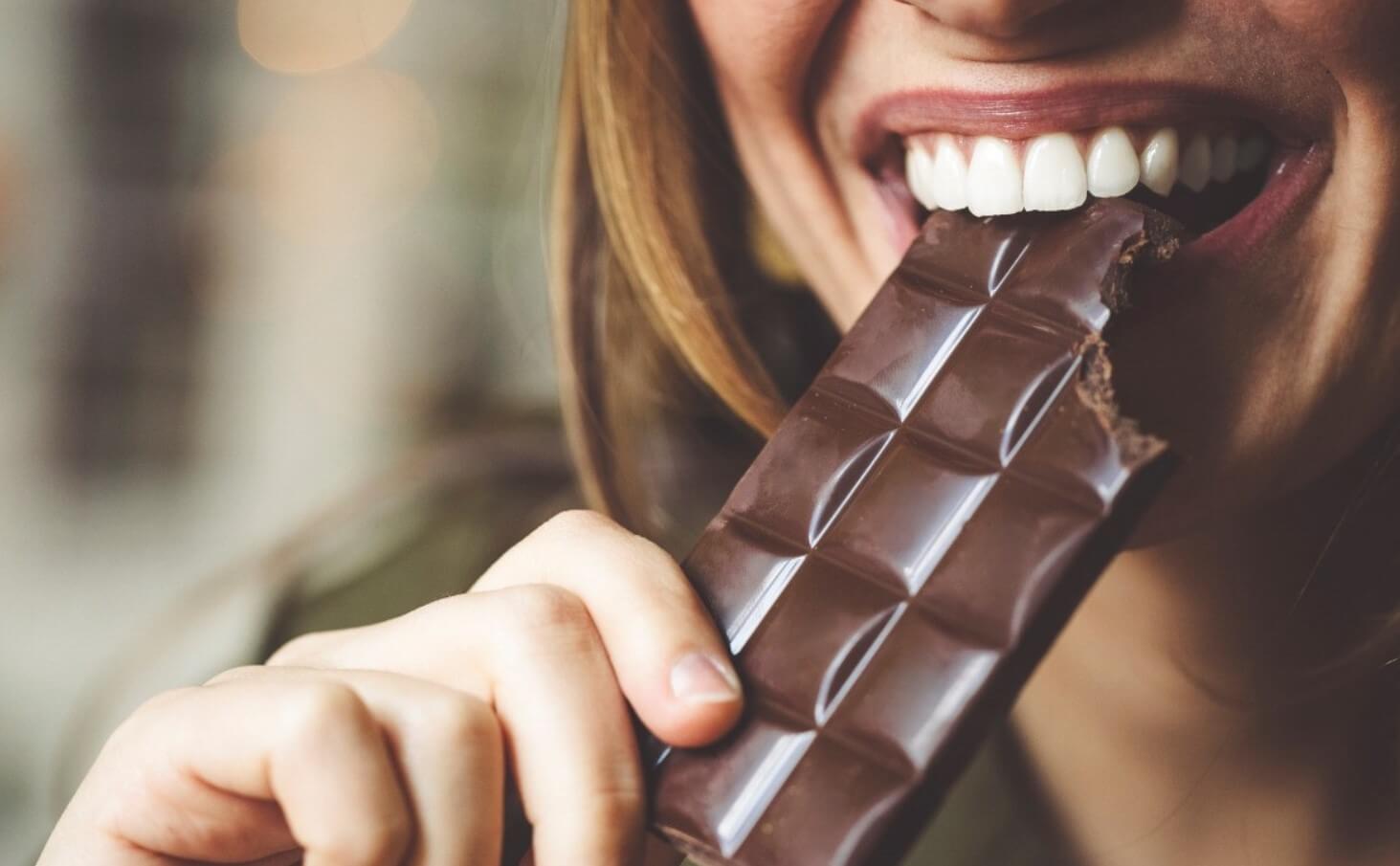 It turns out that people like chocolate not only because of its taste.

Chocolate is the most widely used confectionery in the world. If you don’t believe me, try looking at your dining table or refrigerator – there’s a good chance there’s chocolates, cake, ice cream, or other foods that contain this ingredient. Perhaps this is one of the few products that most people like, because few can resist a Snickers or other candy bar. Recently, scientists set out to find out why so many people love chocolate so much. It goes without saying that most people like its taste, but this is not the only feature of the dessert that increases its appeal. In the course of the experiment, it was found that the secret of the desirability of chocolate also lies in the interaction of fat and saliva. Unexpected, isn’t it?

Why is chocolate so delicious?

As part of a new scientific work, scientists from the UK examined the elite brand of dark chocolate from the point of view of tribology. This is the name of the branch of physics, in which specialists study the process and consequences of friction of surfaces against each other.

For reasons that are not entirely clear, the scientists did not involve volunteers in the study. Instead, they got by with an “electronic tongue” – a system that mimics the work of a human taste organ. This device is covered with sensors that not only detect taste, but also sense the shape and texture of substances. It must have been decided that electronics would notice more details than real people.

Judging by the image, the experiment also used a tribometer, a device that is commonly used to assess the wear resistance and friction behavior of materials.

We will not delve into complex details, but let’s just say one thing – after making all the observations and studying the data collected, scientists came to the conclusion that in addition to the taste of chocolate, people especially like the tactile sensations when eating it. A very important role in this matter is played by fat, which is contained in any real chocolate – this product is rich in cocoa butter.

When a person puts a chocolate bar in their mouth, the top layer of fat mixes with saliva. At the same time, the tongue is pleasantly enveloped in a mass that has the favorite taste of cocoa beans with sweeteners. If chocolate had less fat, it wouldn’t taste as good. According to scientists, real chocolate has about 1,500 flavors. Typically, milk chocolate has a mild, creamy flavor. But dark chocolate is more intense – it has earthy and nutty tones.

So, people like chocolate not only because of its taste – the tactile sensations are also very important. In fact, this is not such a big discovery. Recently, American scientists have developed a spoon that improves the taste of food. Its secret is simple: on the bottom of the spoon there are tubercles with a set of molecules to increase the sensitivity of the tongue to sweets. The bumps press the surface of the spoon against the tongue more, making the food taste sweeter. In this article, we noted that the texture of food and cutlery can indeed greatly influence the taste of foods. 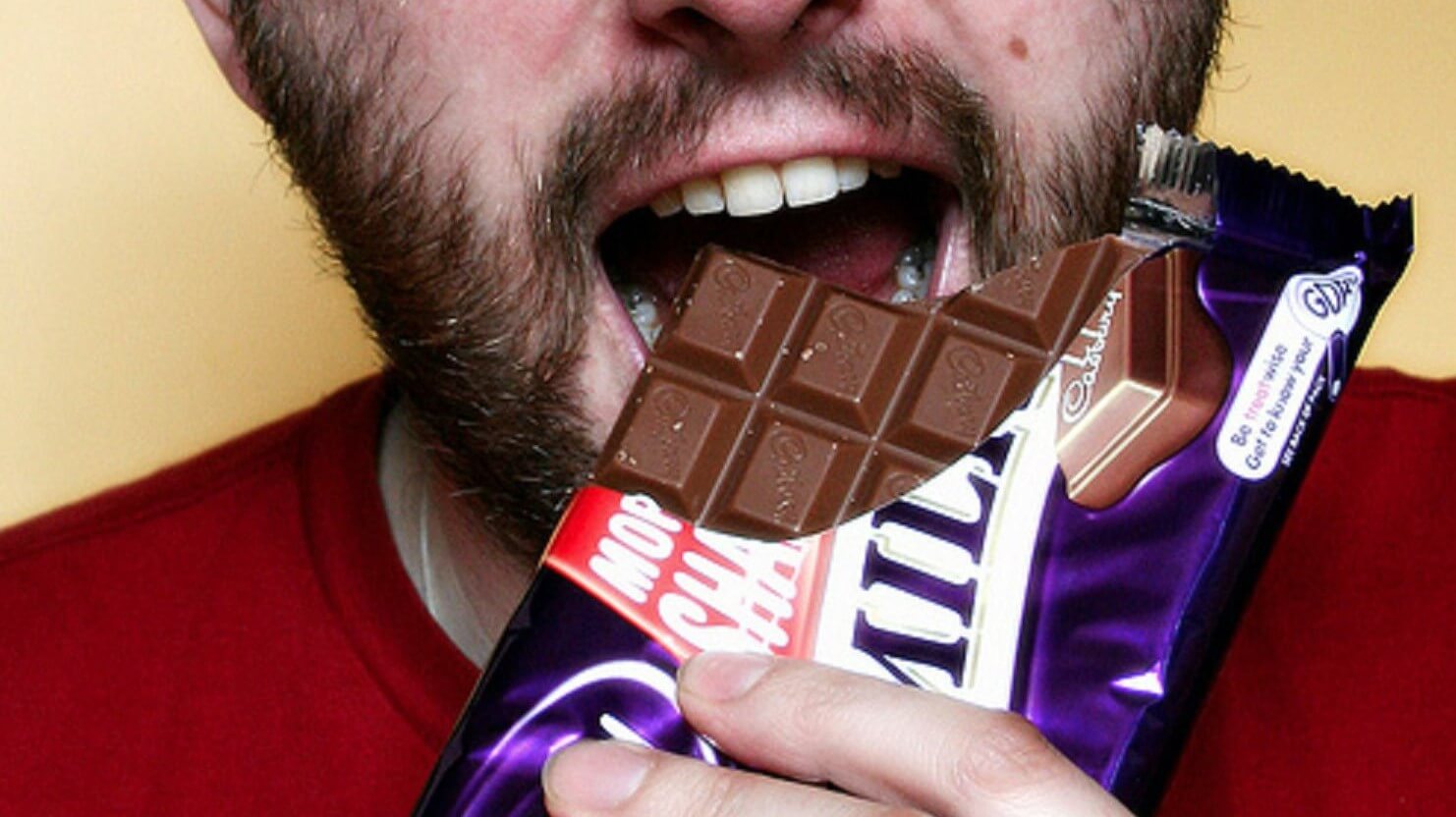 The texture of food greatly affects the taste of any food.

You can verify this for yourself. Please note that the shops sell different types of chocolate. It’s not just about milky, dark and bitter – some of them differ in their structure. For example, if a person buys porous chocolate, the sensations from eating it will be completely different than when eating a regular bar without any pores. The same can be said about regular water and sparkling water – the second option often seems more delicious than the first. And all due to the fact that it contains gases, due to which unusual sensations arise in the mouth. 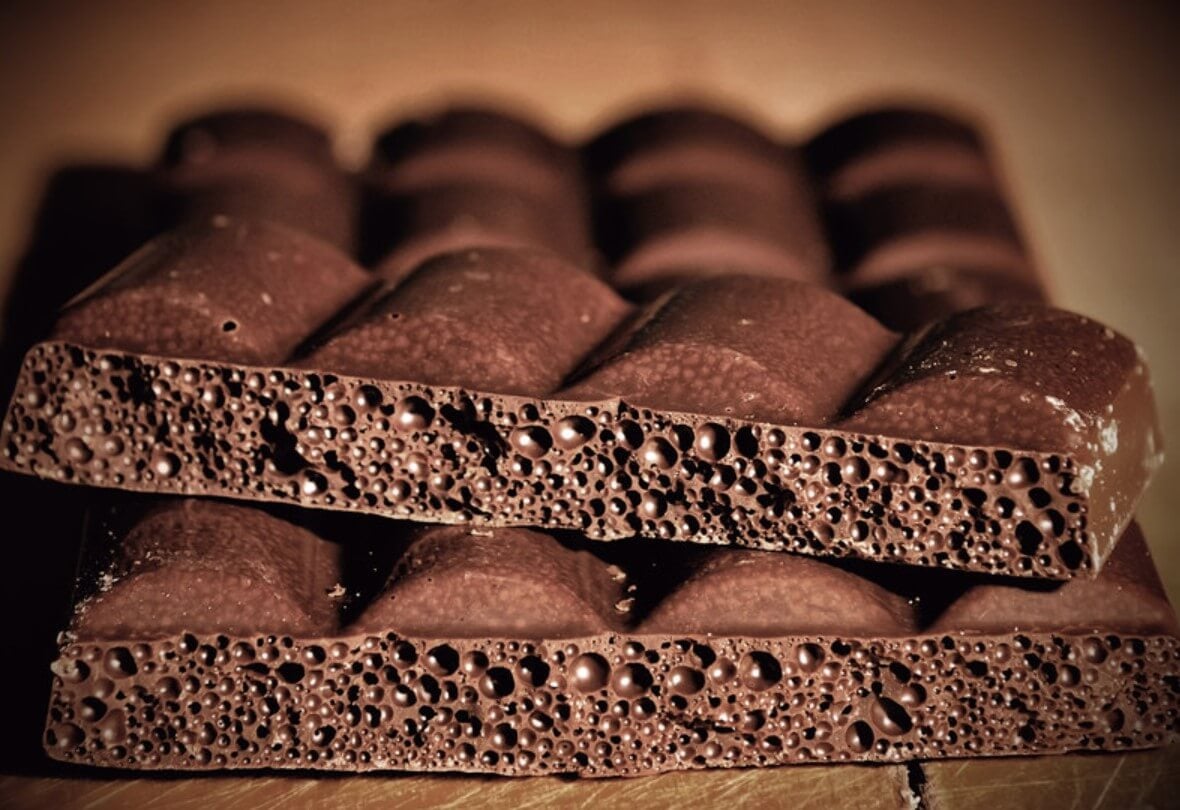 The authors of the scientific work believe that their discovery can help create chocolate that has a full taste, but at the same time has a much lower proportion of fat. Perhaps someday confectioners will start producing chocolate, which is covered with a fatty layer on top for a pleasant sensation in the mouth, and will be fat-free inside. This may increase the appeal of chocolate to some people’s eyes because fat is believed to make you fat and has many other harmful properties.

However, the fact that people get fat from fat is a delusion. In an article about popular myths that it is high time to stop believing in, we found out that mostly people gain weight due to excess sugar consumption. In most chocolate products available in the store, this ingredient is the most – it is not present except in dark and bitter chocolate. But not everyone likes their taste.