Great white sharks (Carcharodon carcharias) are the largest predatory fish in the world, averaging 4.5 m in length. Have you ever wondered why they can’t be found in aquariums? It’s not about the size of the predator. 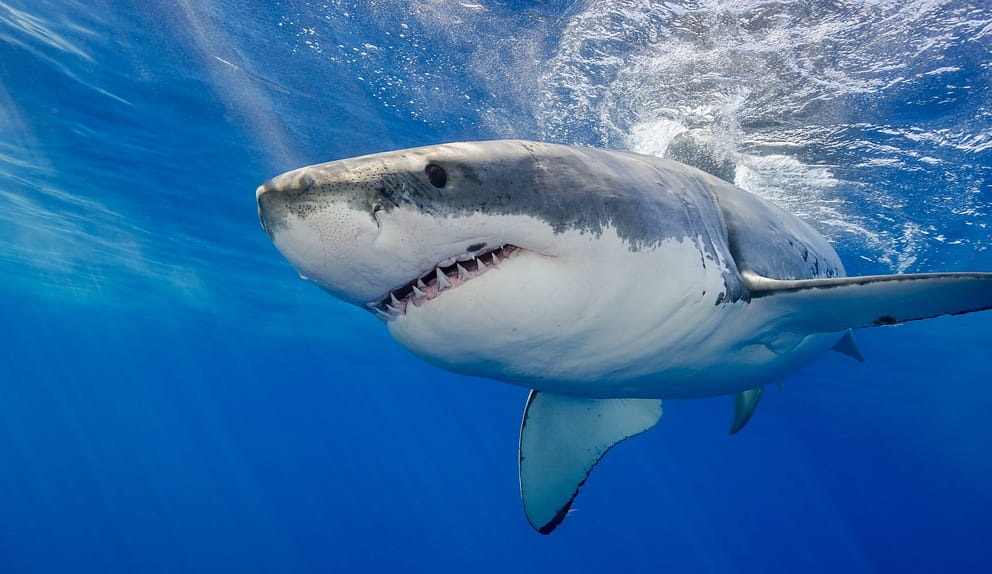 One of the latest attempts to keep a great white shark in captivity was made at the Okinawa Churaumi Aquarium last year in Japan. She died three days later.

Prior to this, there had been dozens of similarly depressing attempts to put great white sharks on public display. The first known attempt was made by California’s Marineland of the Pacific in the mid-1950s. The shark lived less than a day. SeaWorld also had quite a few attempts to host great white sharks in the 1970s, 80s and 90s, all of which resulted in the shark either dying or returning to the wild within two weeks.

In fact, in 2004 the Monterey Bay Aquarium became the only establishment where great white sharks live longer than 16 days. In fact, they managed to stay alive and well for several months, but this is rather an exception.

There are several theories about why these creatures do not fare well in captivity.

The big problem is their diet. Great white sharks are archetypal predators. In the wild, they should always be almost hungry. This is not easy in a public aquarium setting. It is worth noting that many of the great whites that have been in captivity have often refused to eat enough.

Great white sharks are one of the aquatic animals that have to constantly swim forward so that water can pass through their gills to get oxygen. Because this species can often grow up to 6 meters in length, you will need a huge water tank. Naturally, these sharks also cover vast distances in the wild. An aquarium with a huge amount of water in which they feel comfortable would be very costly.

According to another theory, the artificial environment of a glass aquarium may overwhelm or confuse the incredibly acute electroreceptive perception of these sharks. This sensory perception allows them to detect subtle movements and changes in the marine environment. However, in an aquarium, she is easily confused by the sheer number of irritants around her, from glass walls to electronic equipment.