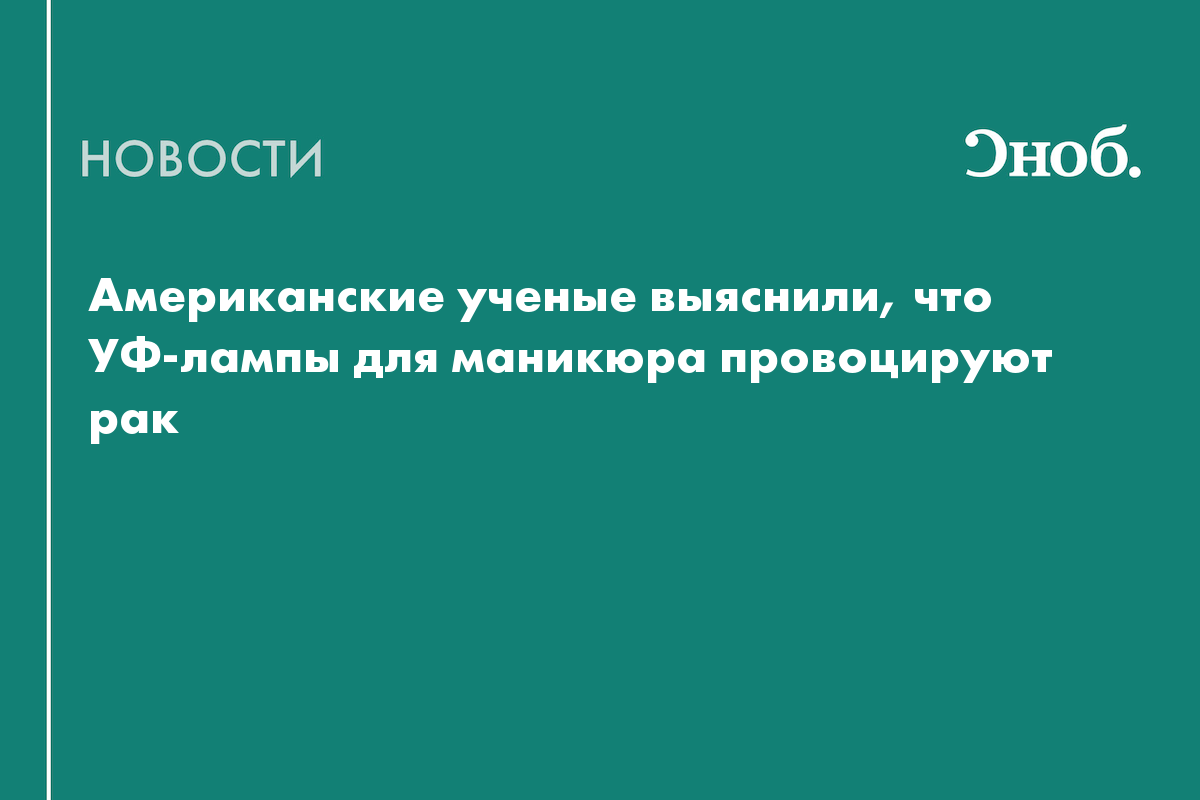 The use of ultraviolet lamps for drying gel polish leads to cell death and mutation. This conclusion was made by scientists at the University of California at San Diego, according to the portal Phys.org.

“Our experimental results and previous data strongly suggest that radiation from an ultraviolet nail polish dryer can cause hand skin cancer and increase the risk of melanoma,” the researchers said.

Scientists studied three different cell lines – keratinocytes (the main cells of the human skin epidermis), human foreskin fibroblasts (connective tissue cells involved in the processes of regeneration and protein synthesis) and mouse embryonic fibroblasts. They found that the use of a UV lamp for 20 minutes resulted in 20-30% cell death, and three consecutive such sessions caused 65-70% necrosis. In the remaining cells, mitochondria and DNA were damaged, which provoked mutations that can be seen in melanoma.

“We studied patients with skin cancer and saw in them exactly the same patterns of mutations that were observed in irradiated cells,” said Professor Lyudmil Aleksandrov.

A lengthy epidemiological study will be needed to make a definitive statement about the increased risk of melanoma from UV nail lamp use, according to the authors of the study. However, at the moment they are sure that its constant use damages human cells.