Bloomberg: Apple has delayed the release of augmented reality glasses 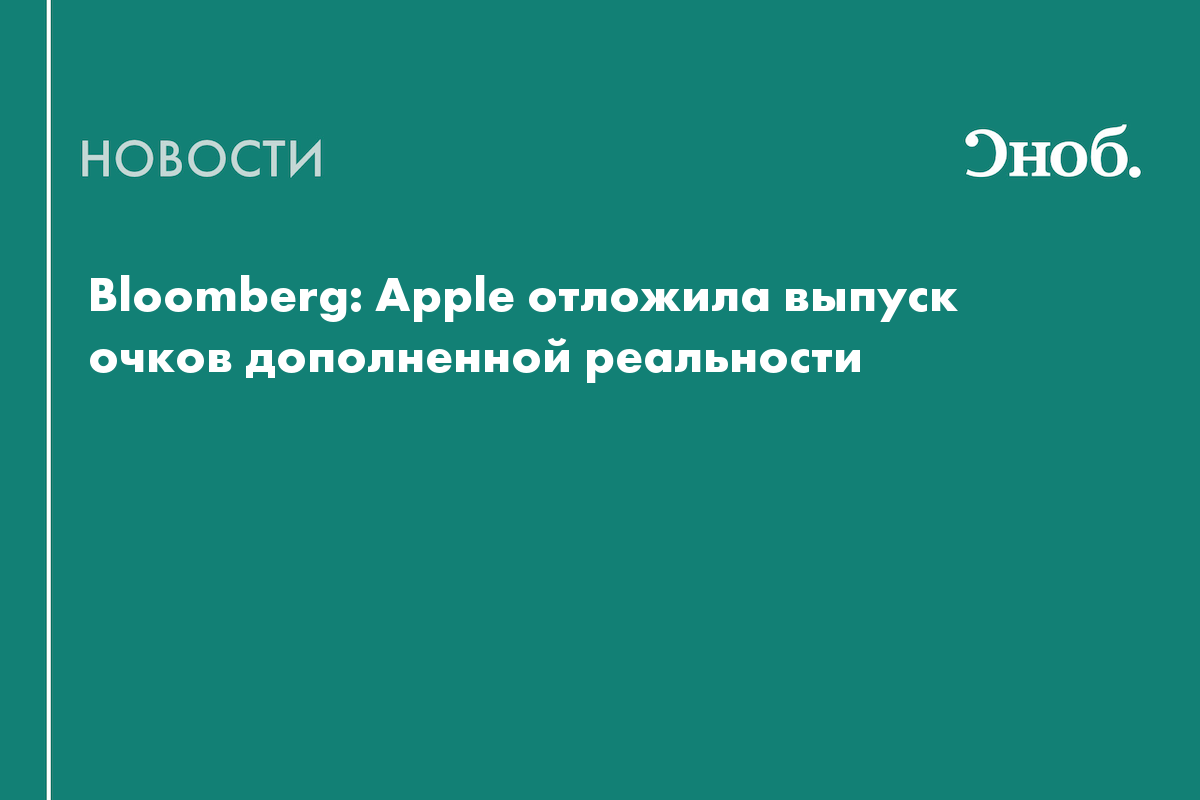 Instead, the company will release a cheaper version of mixed reality glasses.

Apple has delayed the release of the company’s first augmented reality (AR) glasses due to technical issues. It is reported by Bloomberg.

Apple originally planned to introduce its own AR headset after the debut of its mixed reality (MR) glasses, which include elements of both virtual (VR) and augmented reality. According to the agency, in 2024 or early 2025, the company will release a simpler and budget version of the MR accessory.

Apple is developing a laptop with a touch screen

It was reported that the company will introduce the Reality Pro MR headset this spring ahead of the annual Worldwide Developers Conference (WDC) in June. According to Bloomberg, this will allow third-party applications to be prepared for the new device before its release in the fall.

The headset will be equipped with more than 10 cameras and sensors, state-of-the-art high-resolution displays, as well as an M2 processor. The cost of the gadget will be about three thousand dollars.