Every discussion in the EU about sanctions is much more complicated than the last. 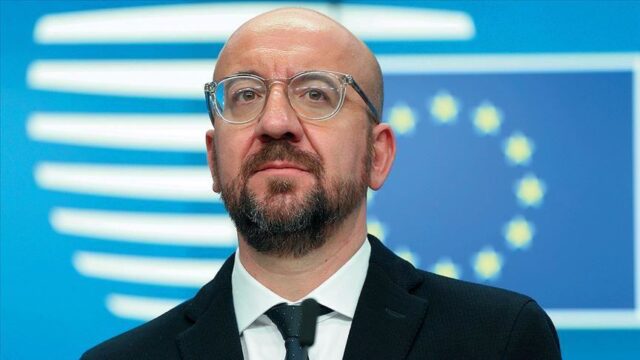 Michel said that the discussion of possible sanctions against Russia with Ukrainian President Volodymyr Zelensky is proceeding successfully, and promised to inform colleagues in the European Council about Kyiv’s proposals. In his opinion, the European Union will be able to “increase pressure on the Kremlin.”

“Each discussion about sanctions is much more complicated than the previous one,” he stressed.

“I am sure that this will be an occasion and a powerful signal that we are together <…>. We will also decide what are the next steps, what are the common goals,” Michel said of the planned Ukraine-EU summit scheduled for February 3.

Sanctions are planned to be adopted by the anniversary of the introduction of Russian troops into Ukraine, February 24, 2023, writes RBC. According to them, EU hawks Poland and Lithuania are seeking sanctions against more “Russian propaganda media” and the exclusion of additional Russian banks from the global SWIFT system, and measures against the nuclear industry are also being discussed.

“It is increasingly difficult to achieve the necessary unanimity in the EU for new sanctions,” one of the sources said.

In addition, the leadership of the EU and the White House are increasingly required to decide on the fate of the frozen Russian assets. On their speedy confiscation and transfer of proceeds to Ukraine.

EU diplomats are reluctant to talk about the details of the new package, because, they emphasize, it is important not to lose the element of surprise.

“Once again, an attempt is being made to extend sanctions on the export of Russian diamonds. The cost of exporting diamonds to the Russian budget is estimated at 4.5 billion euros. This is a considerable amount,” said the EU diplomat. The new sanctions will also apply to products that could potentially be used by the Russian military. The sanctions lists are also planned to be expanded to include more individuals responsible for Russia’s NWO in Ukraine.

Message Every discussion in the EU about sanctions is much more complicated than the previous one appeared first on TEKNOBLOG.