The most expensive poison in the world costs $10 million – who buys it? 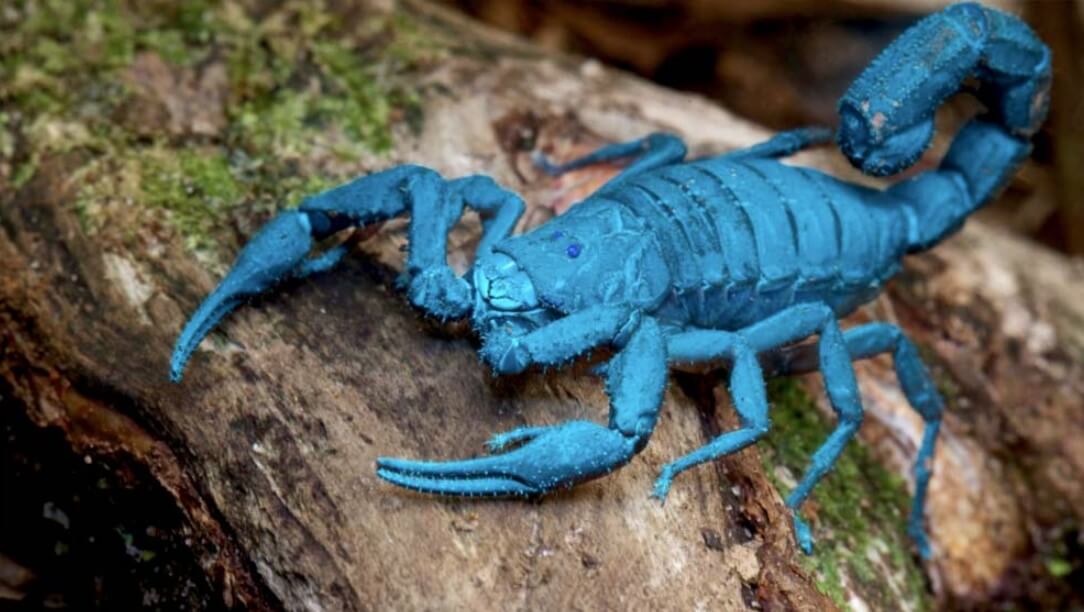 Why do you think scorpion venom is so expensive?

Many farmers milk animals to get their milk and sell it – this is a common occurrence. However, in some countries of the world there are farmers who breed dangerous scorpions instead of cows. They “milk” them daily to get poison that can be sold for millions of US dollars and get rich. It is believed that a liter of scorpion venom can cost about 10 million US dollars, and there are quite a few buyers of this unusual product. Some sources even say that this is the most expensive liquid in the world, it is several times more expensive than snake venom. But what is the reason for the high price of scorpion venom, who buys it and why? Let’s figure it out.

Breeding scorpions – why is it necessary

There are a lot of people who breed scorpions for the sale of poison. One of them is Metin Orenler, a resident of Turkey, on whose farm you can count about 20,000 scorpions of the species Androctonus turkiyensis. He keeps poisonous creatures in transparent boxes inside what looks like a science lab. 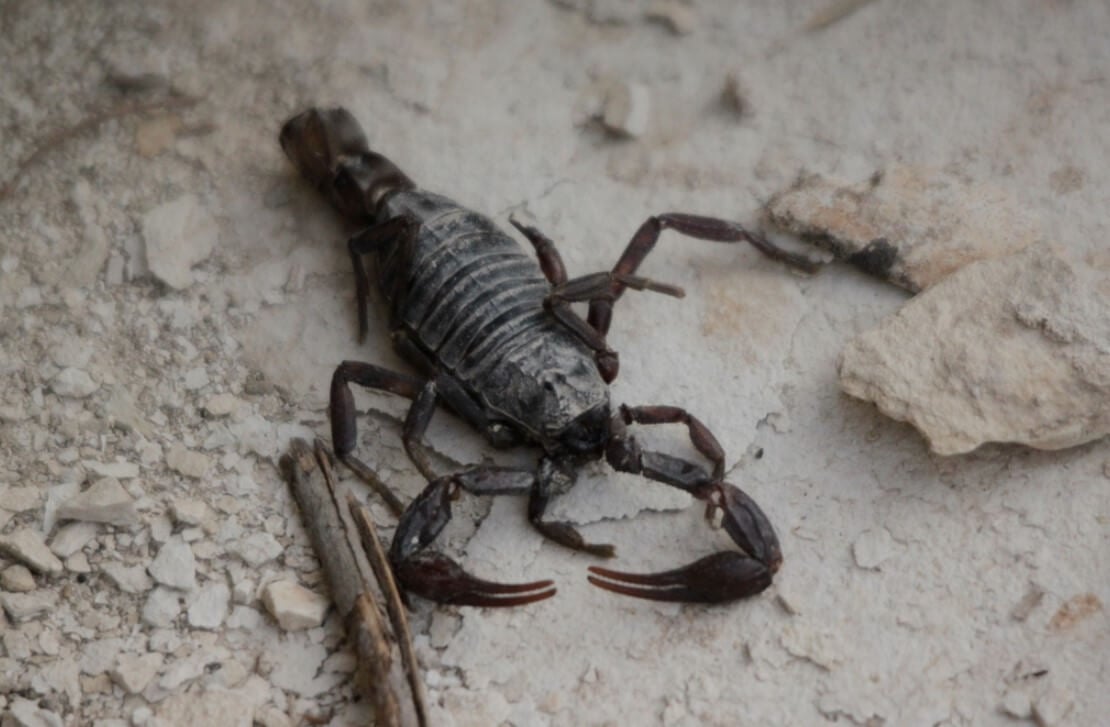 Every day, these creatures produce 2 milligrams of poison. The farmer has to be very careful not to be stung and not to miss a single drop of expensive material. To collect the poison, he uses tweezers, tongs and other tools. Once collected, the poison is frozen and then turned into a powder – in this form it is sold to customers.

How is scorpion venom obtained?

The vast majority of people obtain scorpion venom by mechanical stimulation. To do this, you need to take the scorpion in your hands and pierce the membrane stretched over the container to collect the poison with its sting. This method is very dangerous, because at any moment a person can receive a deadly animal bite. There is a less humane way to collect poison – a scorpion is killed and the poison is collected from the abdomen. 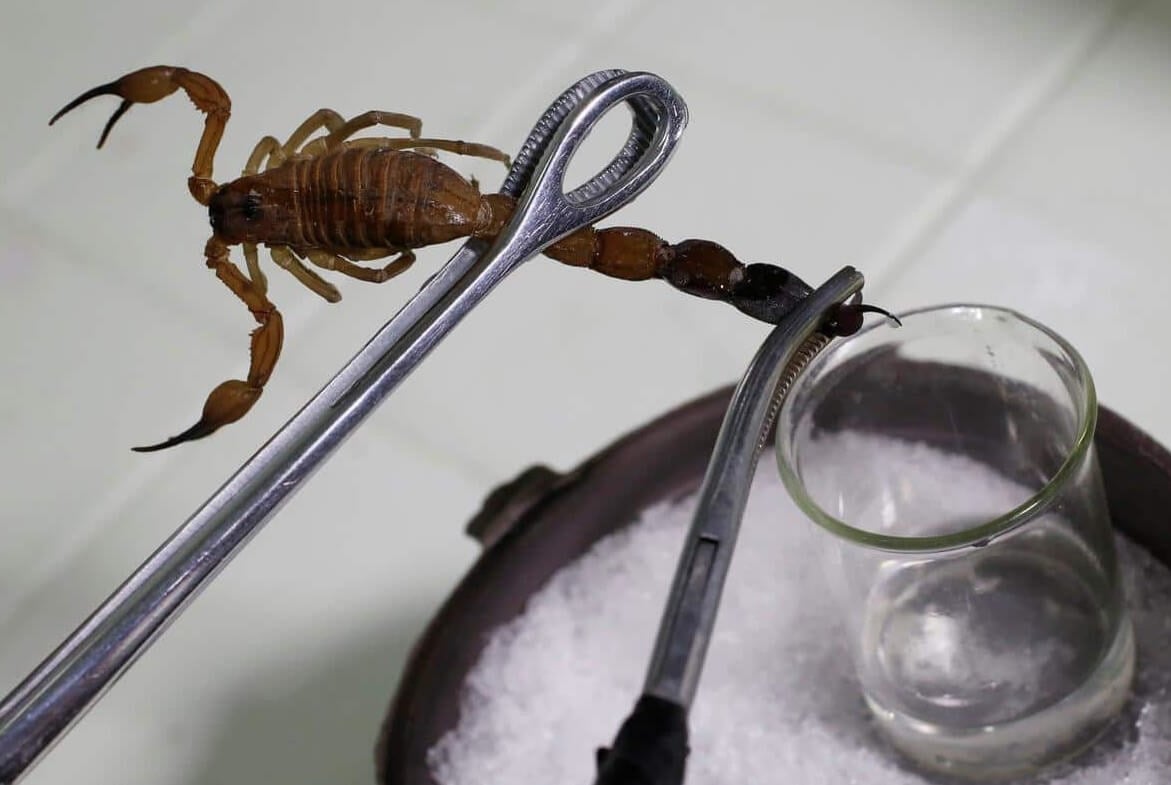 In 2017, for faster and safer collection of poison, the VES-4 apparatus was developed. It consists of four platforms on which scorpions can be placed and fixed. After turning on, the device acts on animals with electricity and thereby provokes the release of poison – it is collected in a special container. The device connects to a computer via USB, so you can get accurate information about the collection of poison. 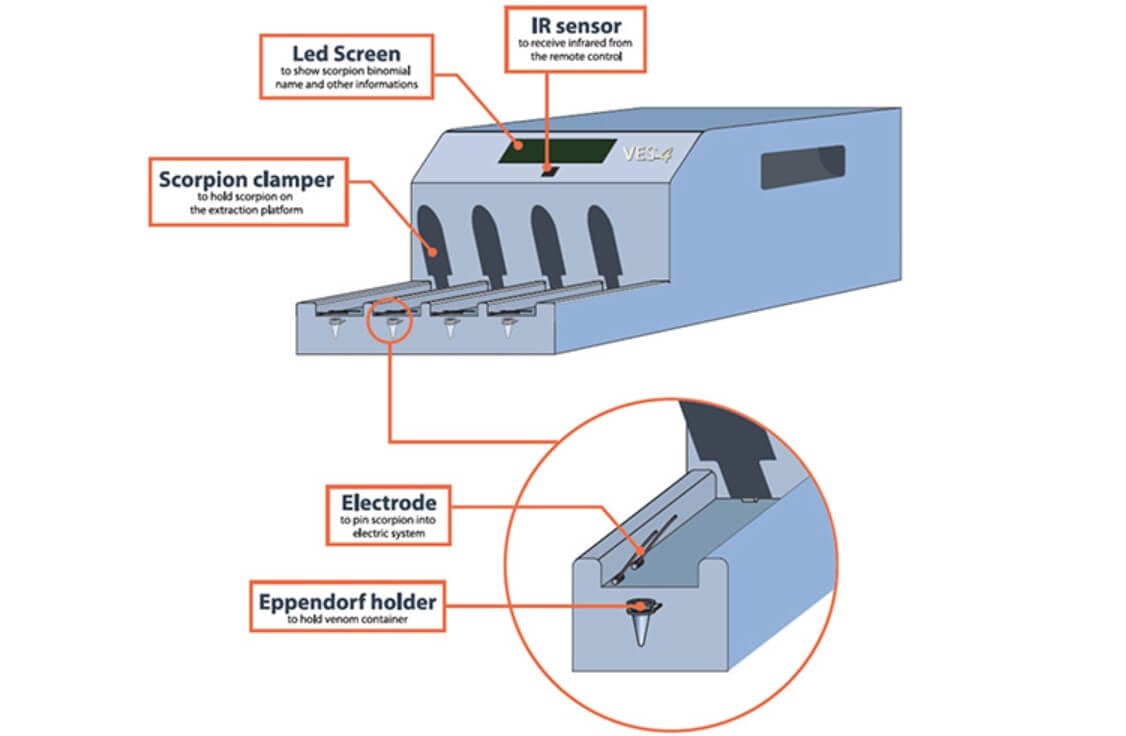 How is scorpion venom used?

As a rule, cosmetic companies and medical professionals are interested in expensive scorpion venom. They extract many peptides and proteins from the poison, after which they study them separately. It is often found that some of them have useful properties. If you select these useful components and use only them, a person is not harmed, as from pure scorpion venom. 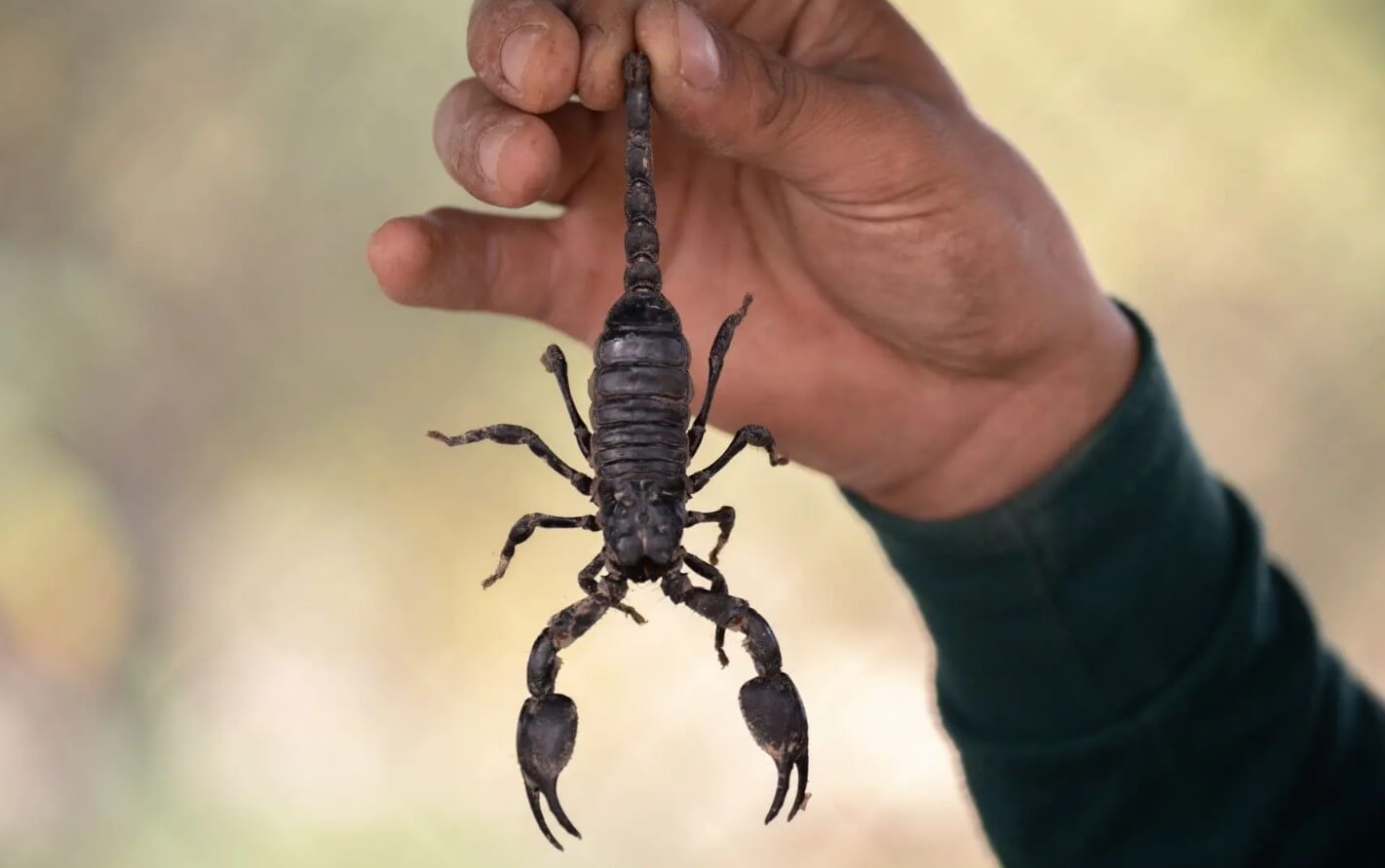 Scorpion venom contains many substances that can be used in medicine

In cosmetology, scorpion venom is usually added to medicinal ointments. It is believed that the components included in it help to remove swelling and inflammation, as well as get rid of pain. However, you should not believe in the effectiveness of each cosmetic product with poison – the benefits of some components have not been scientifically proven, but manufacturers still use them. 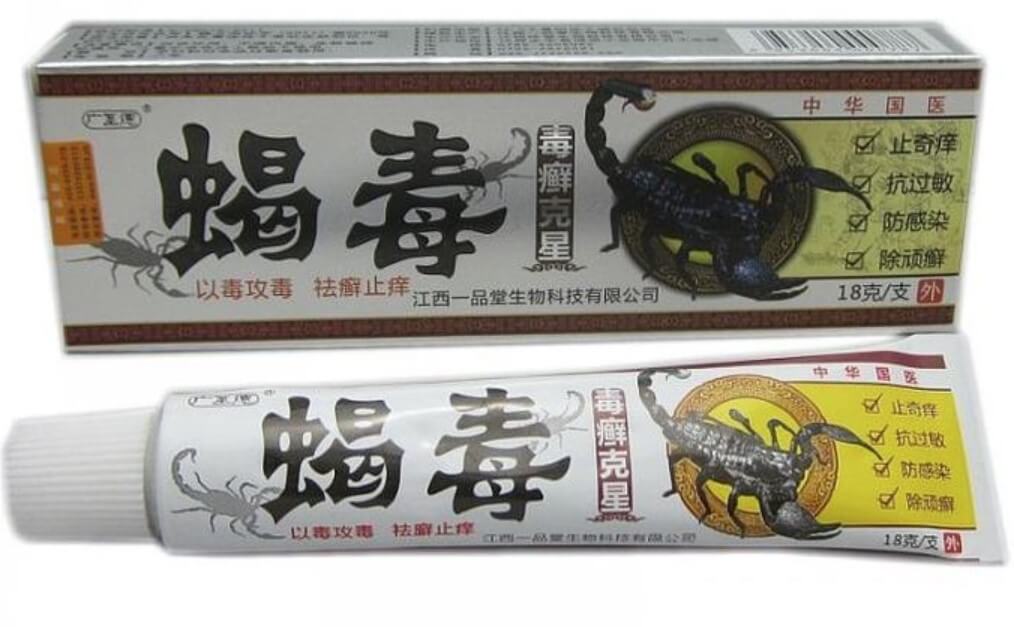 In some countries you can buy ointment with scorpion venom

In medicine, scorpion venom can be used to treat epilepsy, stroke, and irritable bowel syndrome. Scientists are especially interested in the rare and valuable component chlorotoxin, which is contained in the venom of the yellow scorpion (Leiurus quinquestriatus). It is notable for the fact that after entering the human body, it acts exclusively on cancer cells. Scientists hope that this component can be used to treat cancer – for example, if you combine chlorotoxin with a radioisotope, the radioactive substance can be directed directly to tumors and eliminate them. 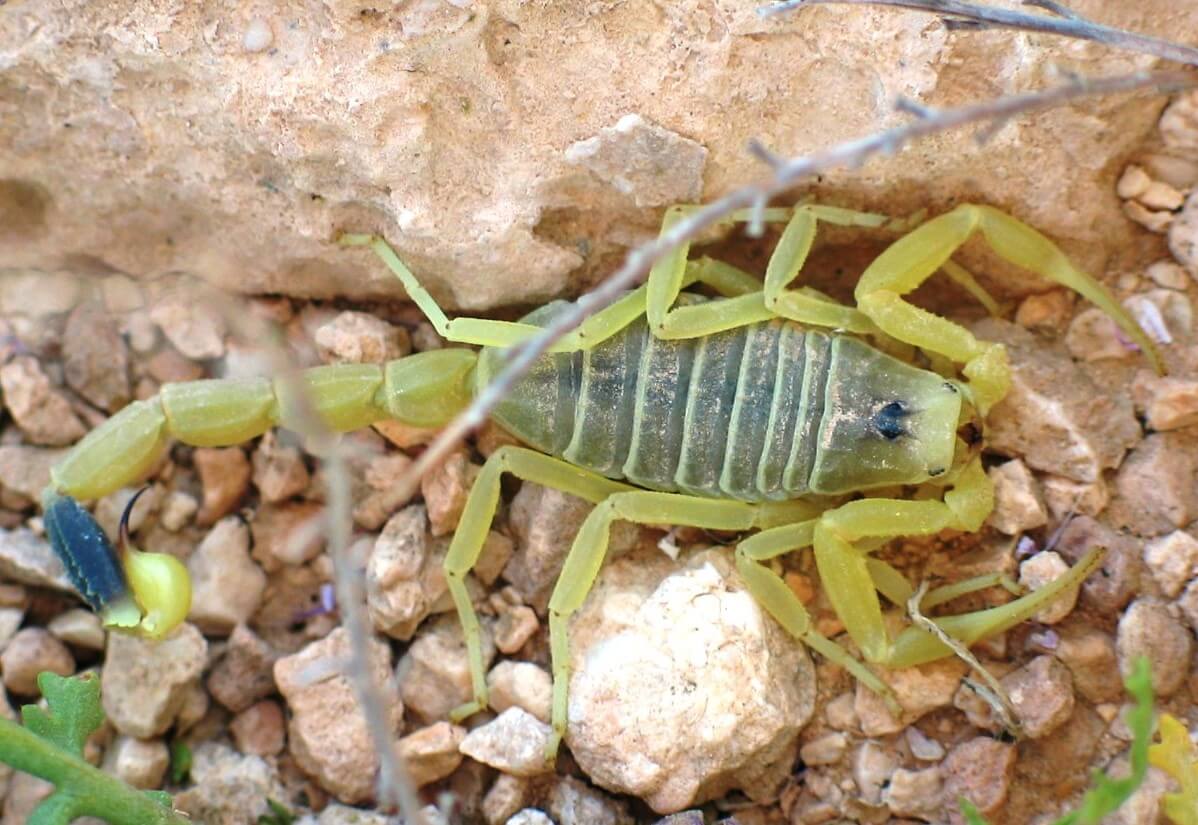 Who wants to buy scorpion venom

Scorpion venom is considered very expensive and there are those who want to buy it. However, some experts believe that it is impossible to get very rich in this business. For example, Dr. Volker Herzig (Volker Herzig) is sure that due to the increase in the number of people who want to make money on this business, in the future there will not be enough buyers for all of them. There will be more sellers than buyers, so some suppliers will have customers while others will not. 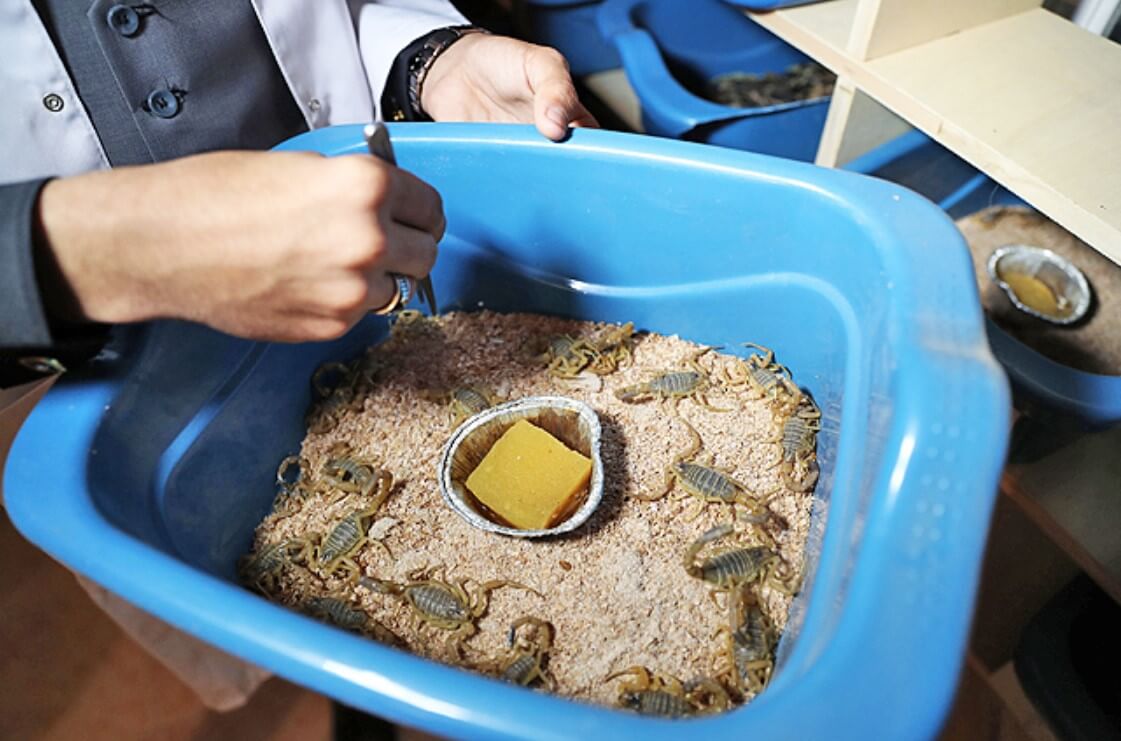 Some scientists who study the properties of scorpion venom refuse to buy products from third-party sellers. For example, this is done by Dr. Dorothy Wai, who is trying to create a cure for multiple sclerosis based on the components contained in the poison. According to him, he is never 100% sure of the quality of the product, so he prefers to go to the owners of scorpions and collect their poison on his own.

Dr. Volker Herzig, mentioned above, also does not like purchased scorpion venom. The fact is that he studies the poison of different types of arthropods, and many suppliers can only provide poison of one type. He already has about 170 types of scorpion venom at his disposal. In his opinion, the more components of the poison he uses in the course of his research, the greater the chance that he will make a breakthrough discovery.

The most expensive poisons in the world

So, the cost of scorpion venom is about 10 million US dollars per liter. This is not an exaggeration – we checked several sources, and they all indicate approximately the same amount.

The venom of the king cobra, which costs about $40,000 per liter, is similarly expensive. Yes, we are not talking about millions, but the amount is still impressive. The high cost of snake venom is due to the fact that it contains substances that restore brain cells and can be effective in the treatment of Parkinson’s disease, Alzheimer’s and schizophrenia. 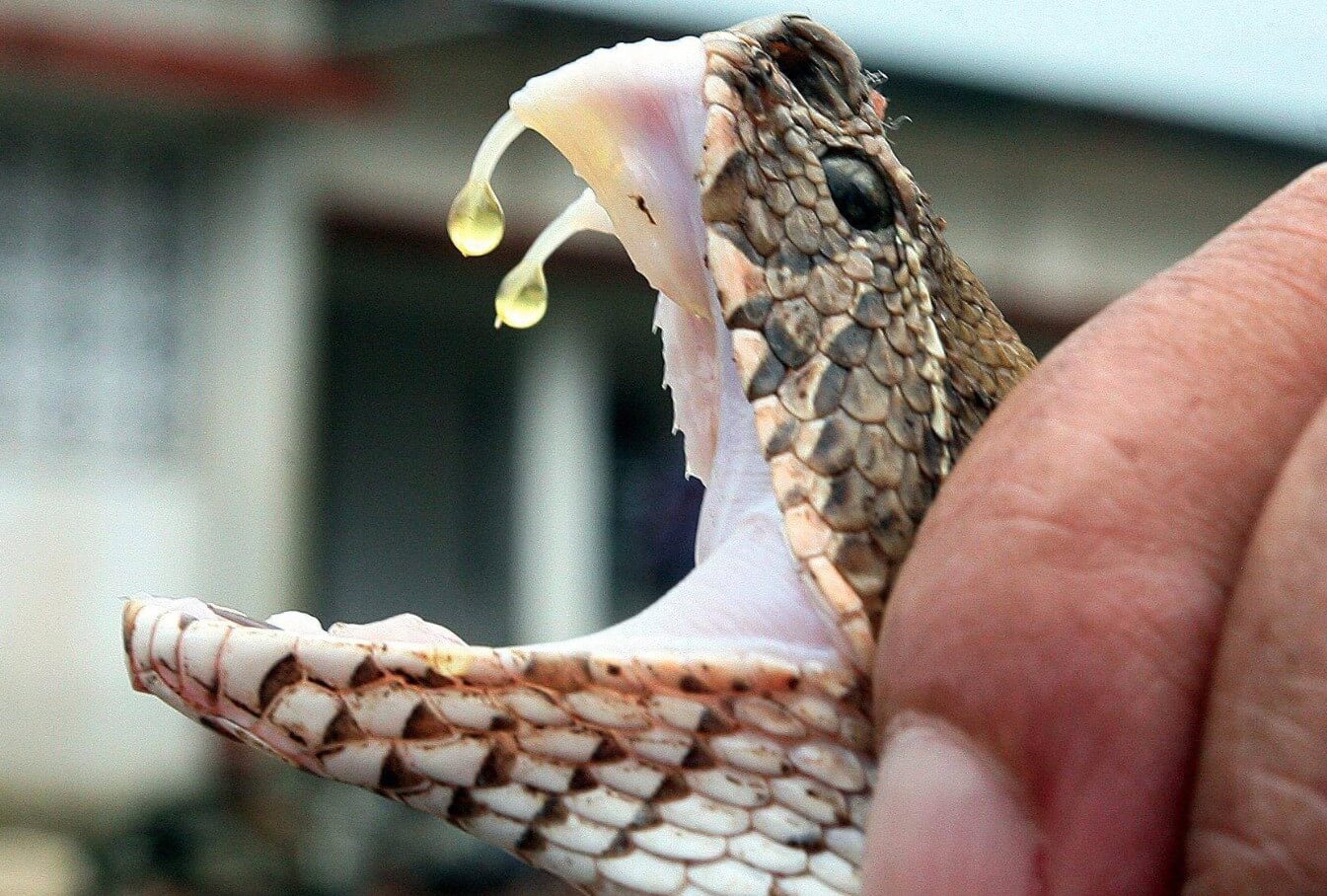 Another expensive poison is cobra venom.

Perhaps these are the two most expensive poisons in the world – their price is due to the fact that they can be useful in medicine. The rest of the poisons are relatively inexpensive because they are much easier to produce and have little use other than pest control.

It is worth noting that toxic substances can be found in popular foods like apples. You can read more about this here.